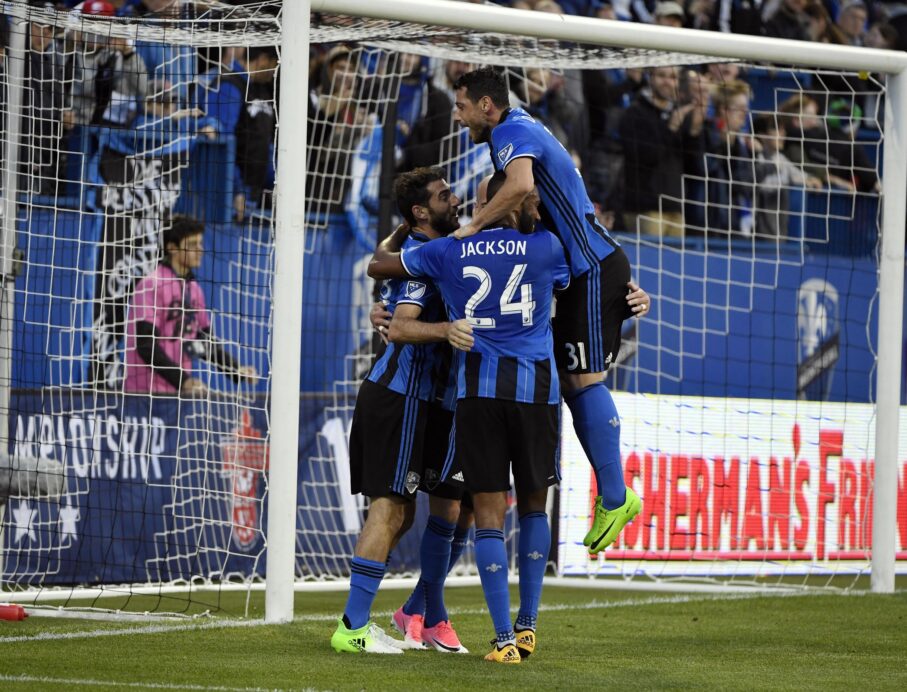 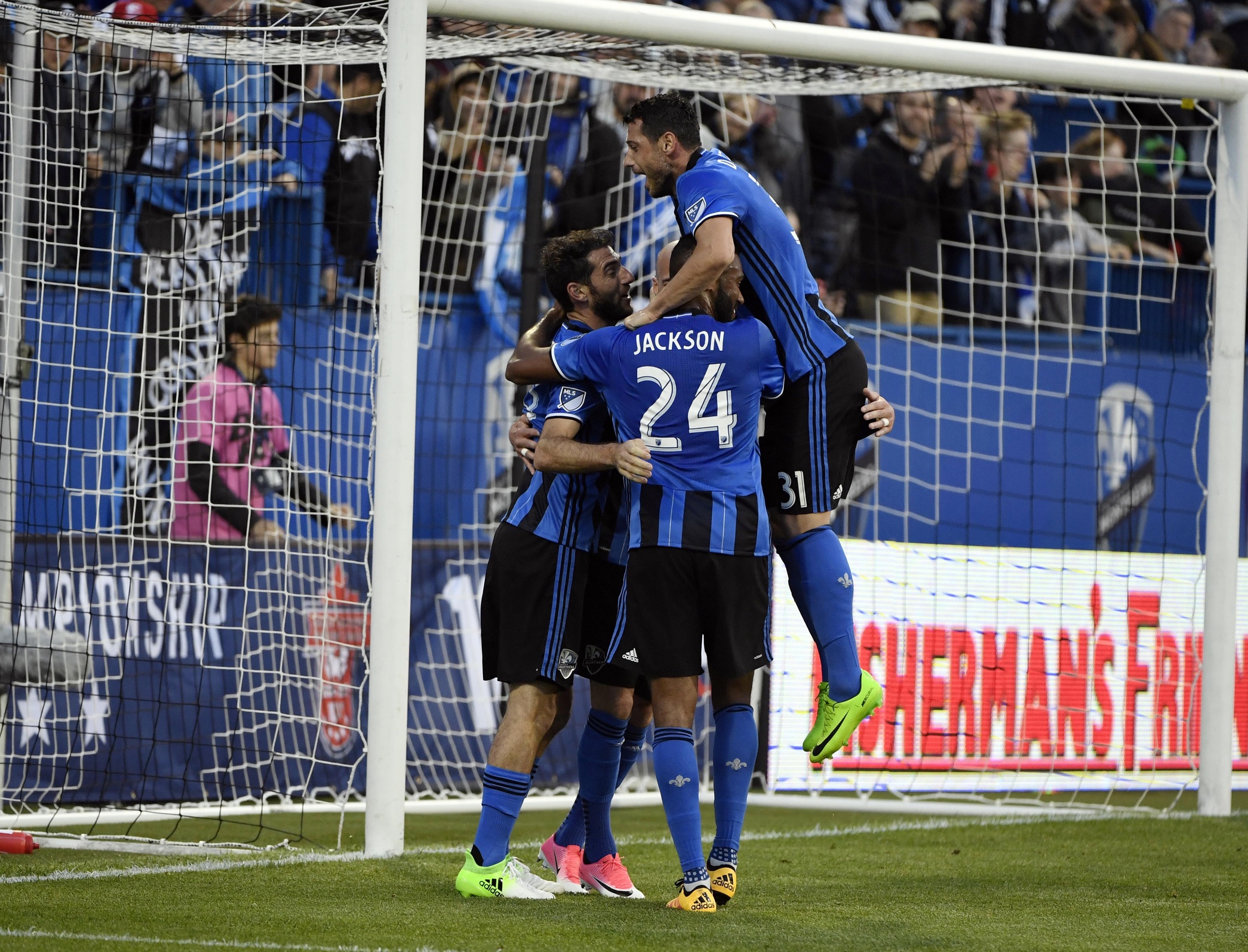 The Montreal Impact took an important step forward in ending the longest drought of any MLS team in the Canadian Championship on Tuesday night.

Mauro Biello’s men won a wild 4-2 affair at Stade Saputo to take the semifinal series 5-4 on aggregate. The Impact, who haven’t won the competition since 2014, will face the winner of Wednesday’s match between Toronto FC and the Ottawa Fury.

Ignacio Piatti scored a pair of first-half penalties and Anthony Jackson-Hamel’s second-half strike turned out to be the series winner.

Jackson-Hamel earned the first penalty of the night in the 19th minute after Blerim Dzemaili found him with a through ball. Jackson-Hamel was taken down in the 18-yard box by Whitecaps goalkeeper Spencer Richey. Moments later, Piatti chose the right side with his spot kick to give his team a 1-0 lead and level the aggregate at 2-2.

The Impact’s second goal also came by way of a penalty. The sequence started when Marcel de Jong was whistled for a foul for taking down an Impact player outside the 18-yard box. During the set piece, Laurent Ciman made a short through pass to the left of the Whitecaps’ wall toward Piatti who was taken down in the box a second time, this one by Mauro Rosales.

Richey chose the right side on his second encounter with Piatti, but the Argentinean’s shot was too powerful and beat him to the lower left goalpost to hand the Impact an advantage on aggregate.

The third goal in the wave of first half goals came from Blerim Dzemaili, who opened his Impact account in the 40th minute. The Swiss took advantage of a loose ball deflected by a Whitecaps defender and shot dead center to collect his first goal as an Impact player.

Whitecaps head coach Carl Robinson injected youth to his lineup in the second half by adding 16 year-old sensation Alphonso Davies. The young phenom made an impact on the contest in the 59th minute, as he managed to distance himself from Patrice Bernier inside the box just enough to take a shot passed Maxime Crépeau to bring the Whitecaps back into the semifinal.

The Impact, dedicated on keeping their lead, answered right back. A cross by Bernier was headed away by a Whitecaps defender, but Jackson-Hamel was standing at the right spot. The forward brought his team’s lead back to two goals and the aggregate to 5-3.

Kyle Greig made things nervy for the hosts with a goal in the 77th minute off an assist from Crisitan Techera, but it wasn’t enough for the Whitecaps to level the two-legged semifinal.

Blerim Dzemaili proved the investment was worth it by the Impact. The Swiss international found Jackson-Hamel with a beautiful through ball that led to the first penalty and he added a goal of his own, his first in an Impact jersey.

Moments after the Impact conceded their first goal of the game, Jackson-Hamel found himself at the perfect place to score inside the six-yard box. The Canadian homegrown shifted the momentum back to the Impact and secured the team’s spot in the final.

Marcel de Jong created the foul that led to the second penalty converted by Piatti. Without that foul, the Whitecaps would have probably been back in the game earlier.