SBI Question of the Day: Which MLS newcomer is off to the best start? 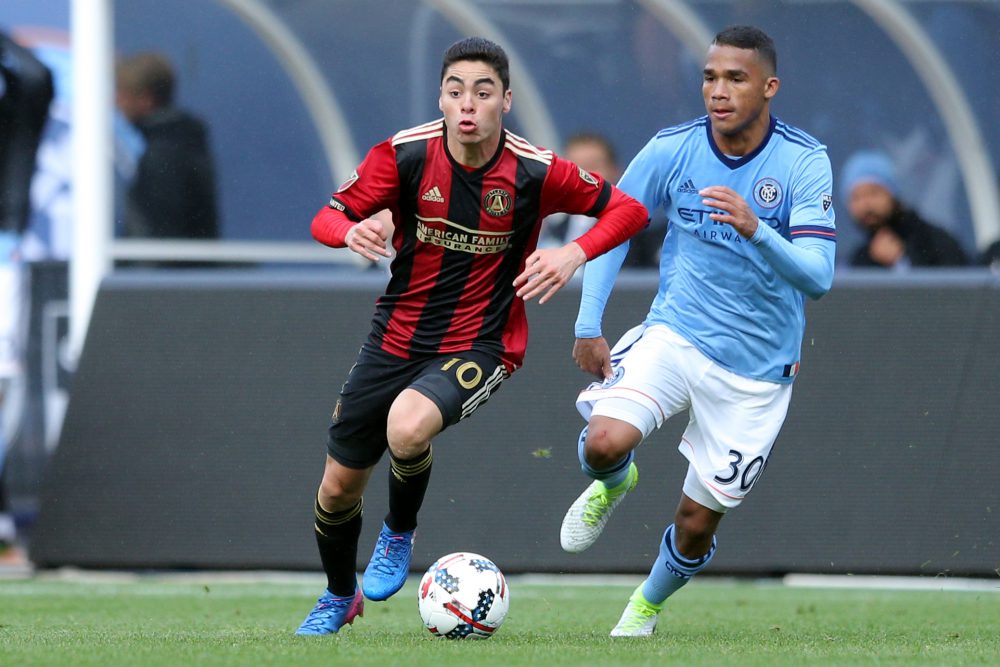 We are more than a quarter of the way through the 2017 MLS season. As always, there are some surprise teams and standout players, many of whom are new to the league this year.

Atlanta United and Minnesota United have provided the league with some extra attacking quality. Atlanta, highlighted by their South American Designated Players, is on the outside looking into the playoffs at the moment, but it has been a very entertaining side thus far. Miguel Almiron has been especially brilliant as the playmaker. The Paraguayan international has two goals and four assists, but has been wonderful to watch whenever he is on the ball.

Minnesota’s Christian Ramirez began the campaign on the bench, but since head coach Adrian Heath introduced him into the lineup, United immediately improved. Ramirez is tied for second in the Golden Boot race with six goals. He is level with the likes of David Villa, Jozy Altidore and Fanendo Adi. Not bad company.

There are some other strong attacking candidates such as Romell Quioto and Romain Alessandrini, the latter of whom has been one of the lone bright spots for the LA Galaxy. However, there have been some unsung heroes who aren’t receiving as many accolades as their attack-minded counterparts.

Florian Jungwirth of the San Jose Earthquakes has been a revelation. He has started all 10 games for the Quakes and has been a stalwart at the back for Dominic Kinnear’s side. The German is arguably in the running for defender of the year as well, let alone the newcomer award.

Jonathan Spector is in that conversation, too. The Orlando City centerback’s experience has helped the likes of Tommy Redding and his performances have helped guide the Lions to second place in the Eastern Conference.

Meanwhile, Alex Ring has been nothing short of outstanding for New York City FC. He has been brilliant defensively and has recently shown off his attacking attributes as well. Ring provided an assist in the win over the Columbus Crew and was picking apart Atlanta’s defense in NYCFC’s most recent match as well.

Victor Vazquez, the co-leader in assists, deserves some love, too. The Toronto FC playmaker has six assists, all of which have been recorded since the beginning of April. He has added a new dimension for TFC’s attack, which used to struggle at breaking down teams who played with deep lines. That is no longer the case thanks to Vazquez’s vision and passing abilities.

With all of this in mind, who do you think is the MLS Newcomer of the Year so far?

Share your thoughts in the poll and comments below.