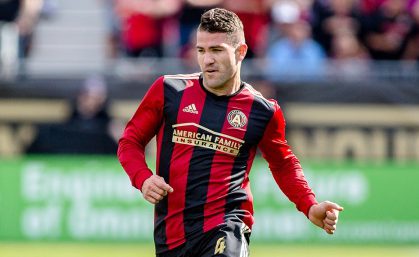 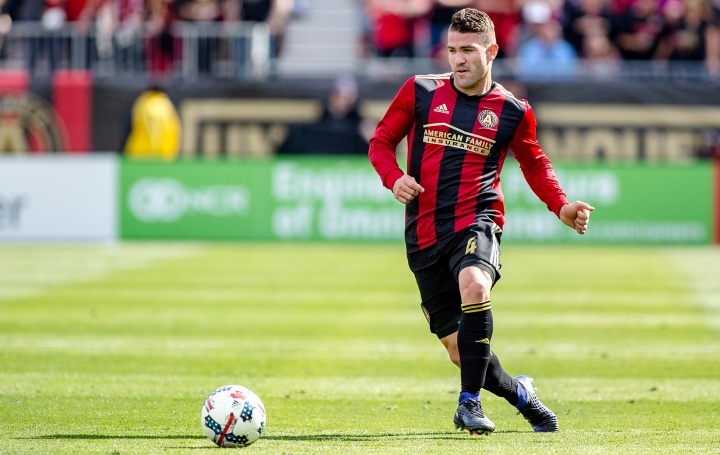 Throughout the many months he was away from the game, Greg Garza had one thought in mind. He was in agonizing pain, physically as well as mentally. A hip injury was set to rob him of at least a year, maybe more, putting his very livelihood at stake at one of the most important points in his career.

After finally breaking through with the U.S. Men’s National Team, his spot was now gone with a Copa America looming. A regular at Club Tijuana, Garza’s place with the team was now in danger thanks to a new rule regarding foreign players. In many ways, his career was at a crossroads and, instead of attacking it with all he could, he was confined to a bed, worried that he’d be nothing more than “damaged goods”.

Through it all, he only had one goal. All Garza wanted was to get back on the field. No matter when, how, or even where it happened, Garza just wanted to prove he wasn’t finished.

Garza has returned in a big way, becoming a vital part of Atlanta United’s expansion effort after joining the club on loan in January. The 25-year-old fullback has started nine of the club’s 10 games this season, rapidly asserting himself as one the best left backs in MLS. His primary goal has been completed, as Garza is very much back. Now, he turns his focus to opportunities bigger and brighter as he looks to regain all that was lost during his time away.

“If you asked me a few months ago, (my goals) were just to be back playing again, to be healthy,” Garza told SBI. “I’m fortunate to be back on the field, doing what I love every single day. Now I can start thinking a bit bigger.

“It’s serious business, and I can think there’s a chance to make the Gold Cup or go to qualifiers and hopefully a chance here with Atlanta to make the playoffs. That’s the goal number one, so for me, the main thing was to be playing, now I can write other objectives and goals in my notebook and things to accomplish this year. The main thing was to get back playing and to do what I love, and I have to thank Atlanta for that. Now, I can think about going on to big things in the near future.”

Before looking ahead to Garza’s future, you have to understand his past. After beginning his career with stints in Portugal and Brazil, the fullback found a home in Mexico, developing into a starter with Tijuana after joining the club in 2012. By 2014, U.S. Men’s National Team head coach Jurgen Klinsmann took notice, calling Garza in as a potential answer to the long-troubling left back question.

When the summer of 2015 rolled around, Garza was a full-fledged USMNT regular. He was named to that summer’s Gold Cup roster, cap-tying him to the U.S. squad. He certainly wasn’t the first choice left back, but Garza was in the picture as he looked to further his career for both club and country.

By fall 2015, it came crashing down. A hip injury forced Garza to choose surgery over an early retirement, robbing him of months of his career. It was set to keep him out for at least 11 months, sidelining him at the worst possible time. Right after the surgery, Garza was working to get movement back in his hips, even if it was a bit early in the process. With his wife as his nurse and his family guiding the way, Garza overcame the mental hurdles which, at times, were the most difficult parts.

When he finally returned, a concussion soon followed, sending him right back to the sideline and back into the frustrations of injury. By the time he came back for the second time, Liga MX’s player eligibility rules had changed, defining Mexican-Americans as foreign-born players. With his spot taken and the club all but moved on, Garza was stuck.

“At the moment, I was starting on the national team. I was playing week in and week out in Mexico,” Garza said. “To say goodbye to the Copa America, to two seasons in Mexico, a full year, it was a tough decision for me at the time, but it was the right one. I’m hoping I never have to go through that again. It was the biggest game of patience. It was the most I’ve suffered in my career, but it’s good to touch a ball again. Good things will come after that.

“The acceptance that I had to stop (was the worst part). I was at such a high moment at my career and I felt really comfortable with everything. The acceptance  that I had to stop for 11 months or a year, to make that decision. I had the help of Jurgen Klinsmann and Dr. Gerhardt, who was the national team doctor at the time, and they really helped that decision and, hopefully, saved a few years on my career.”

Garza soon realized that those years would likely come away from Tijuana and, with that door closing, one soon opened in Atlanta. After spending the a majority of the last decade away from the U.S., a move to MLS gave him the chance to return home for the first time in quite awhile.

He joined a team loaded with different cultures and quickly found himself as the middle ground. Garza bridged the gaps as a translator, helping unite MLS veterans like Michael Parkhurst and Jeff Larentowicz alongside head coach Gerardo ‘Tata’ Martino and designated players Josef Martinez, Miguel Almiron and Hector Villalba.

His early impressions of the league? “A rollercoaster”, one similar to Liga MX. So far, though, he has fit right in. He is embraces his role in Martino’s style, calling on his experiences in Brazil, Portugal and Mexico to adapt to the South American system Martino brings to the club.

“Everything has been going great,” Garza said. “It takes a bit of adapting to a new city more than anything. I feel more foreign than actual American after being out of the country for so long, but it feels good to be home. I’d say that’s the main thing. It feels good to be home stateside and I think the team has done a pretty good job so far.”

With his club situation in a stable place, Garza can once again turn his sights toward the national team. In fact, it was with the U.S. that Garza truly began his road to recovery in unexpected fashion.

Garza was named to Bruce Arena’s first USMNT roster back in January, giving the fullback a chance to impress throughout the annual camp. Garza, admittedly, was as shocked as anyone to receive the call, especially after being away for so long. He proceeded to start the first game, a 0-0 draw against Serbia, earning his first USMNT cap since July 2015 in the process.

“I couldn’t have cherished it any more, probably more than my first call-up,” Garza said. “To be back in the picture and to be in the fold after being gone for so long, I have to thank Bruce and his staff for that, for keeping me in the pool. That was a perfect way to boost my confidence before making this move to Atlanta. It was a hard moment for me coming back from injury and you expect everything to be the same, but it’s not. You have to start from zero, and I didn’t want to be that player that’s damaged goods.

“To actually still realize there’s a chance to get back in that pool, the main thing for me from the beginning was to get back playing and do what I love. Now that I’m back in the picture, there’s no way to explain everything and, hopefully, things will start working for me in the future.”

In March, Arena reiterated that Garza very much remained in the picture at left back, a position that remains a weaker one for the USMNT. Arena is hoping to, eventually, push Fabian Johnson into a left midfield role, opening the door for Garza to make his case for the position. Since camp, Garza says the staff has been in touch every week, keeping tabs on his status with Atlanta United and, perhaps most importantly, his health.

Even so, Garza wasn’t called up in March, obviously leaving him disappointed. It was a sign that he still has work to do, and that the last six months or so haven’t quite erased everything that happened during his time on the shelf.

After two years away, though, Garza is certainly cherishing the present and whatever it may bring. He learned that soccer wasn’t everything during his time away, but he also learned just how much the game meant to him and how much it hurt having it ripped away.

Now, he can finally look towards the future, one that is all of a sudden a bit clearer and a bit more open all at the same time.

“Who knows, man? I call myself a gypsy, so you never know where you’re going to be,” Garza said. “You never know what’s going to happen. I’m very happy here in Atlanta and, hopefully, we can make it a permanent move, but you never know. That’s not in my hands. Unfortunately, we’re just pawns on a chessboard and we have to move wherever it goes sometimes.

“I think the main thing for me is that I feel comfortable with my family here in a wonderful city like Atlanta. I just have to focus on right now and see what the future brings.”