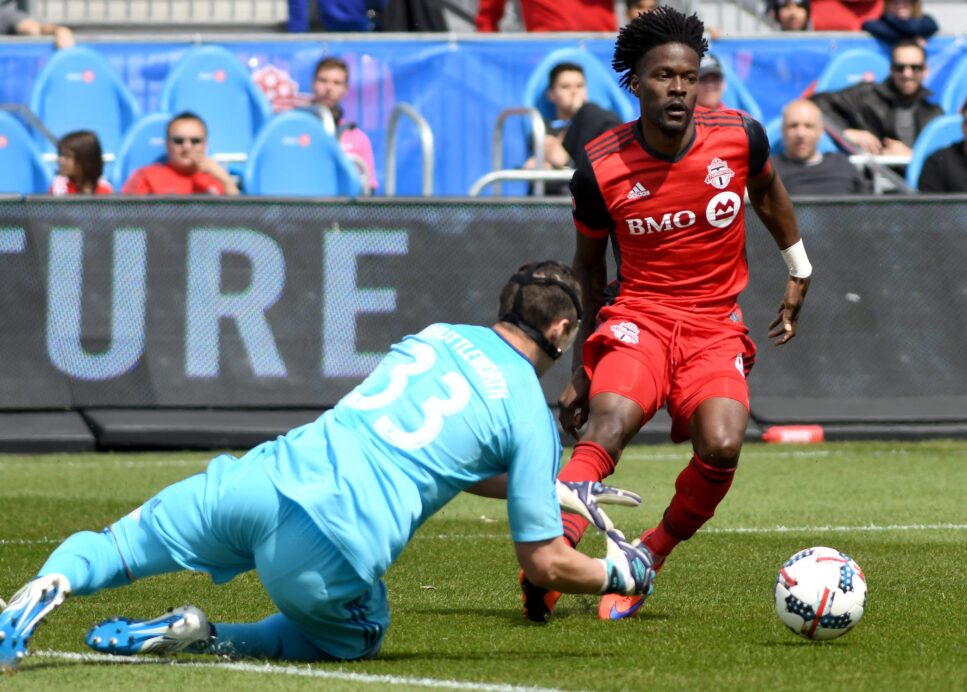 Toronto FC and Minnesota United have proven their attacking chops at various points throughout the MLS season but, on Saturday, it was the former that emerged victorious in a five-goal shootout.

Tosaint Ricketts scored once again, his third goal of the week, leading Toronto FC to a 3-2 win over Minnesota United at BMO Field. The win is the team’s sixth straight win, keeping them atop the Eastern Conference with just one defeat on the season.

After scoring two late goals to seal a dramatic midweek win over the Columbus Crew, Ricketts played hero yet again on Saturday. Tied late, Jozy Altidore held up play before firing a cross towards Ricketts. The Canadian forward finished, giving TFC a 3-2 lead they wouldn’t relinquish.

Sebastian Giovinco opened the scoring from the penalty spot of what was a relatively quiet first half before Kevin Molino started the second half scoring with the first of his two goals in the 52nd minute. A Christian Ramirez own goal just two minutes later restored the lead, giving TFC a 2-1 advantage.

In the 64th minute, Molino popped up again, firing home from his own penalty kick miss to level the scoreline at two apiece. From there, the match turned to Ricketts once again, as the forward fired his side into the lead for good in the 77th minute on an assist from Altidore.

Following the win, TFC looks ahead to a visit to the New York Red Bulls next time out while Minnesota United returns home to face the LA Galaxy for their next match.

Tosaint Ricketts continues to shine. His four shots led TFC on the day, but it was the last of those that mattered as he scored the third and final goal of the day.

There’s little doubt that the game’s pivotal moment came late, as Tosaint Ricketts fired another second half goal to lead his team to victory.

It was a rough day for Minnesota United’s forward. Abu Danladi was whistled for a foul on the game’s opening penalty kick while Christian Ramirez’s unfortunate own goal sealed a rough match for the Loons’ attacking unit.