Adams more than filling in for departed McCarty 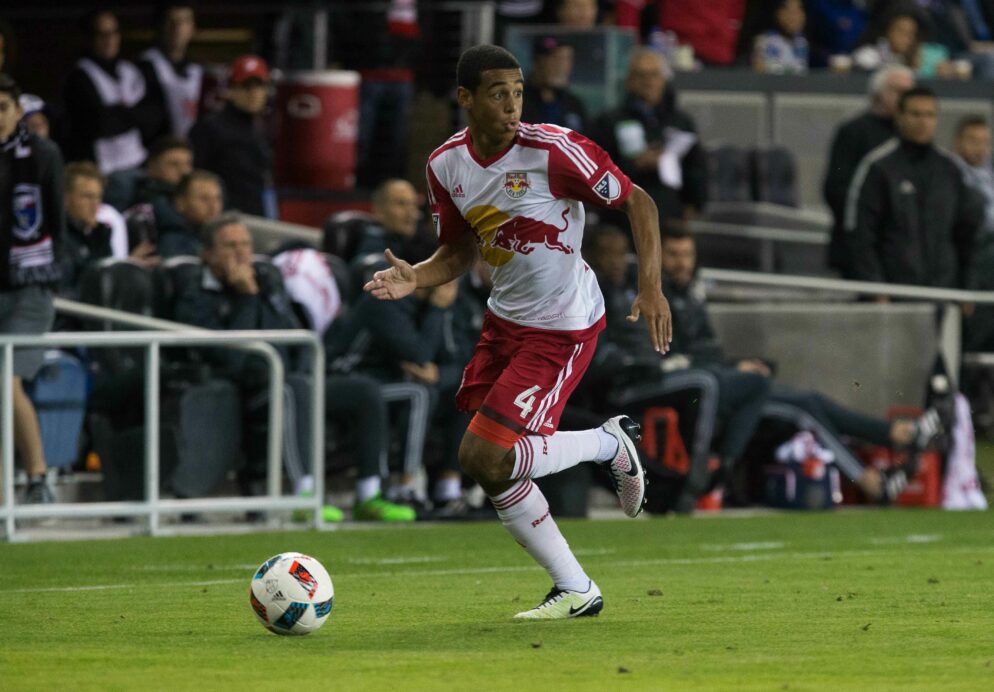 The quick rise of Tyler Adams has seen many marvel at the young midfielder’s skill and potential. Yet, in the buildup to the first league match between Adams’ New York Red Bulls and rivals New York City FC, discussions of Adams included mentions of the man he replaced, the beloved former captain, Dax McCarty.

“When you look at last year’s performances, Dax was huge for us,” Luis Robles said about his former teammate, noting that the former Red Bulls captain scored twice in the Red Bulls’ 7-0 victory over NYCFC last year. Adams “has big shoes to fill,” noted the long-time Red Bulls goalkeeper.

So far, the 18-year-old has done well to replace McCarty. His teammates and coaches have been impressed, and he has been described as someone who “cares about the technique of the proper pass” by Red Bulls assistant coach Chris Armas.

Adams has even stepped up in the leadership department, something McCarty was highly regarded for. Armas saw “how confident and what a leader” Adams was at the U-20 World Cup, “so he comes back to us more of a leader [and] more of a man.”

Yet, at the time of McCarty’s trade, Adams was under the radar. From shock to pondering the midfielder’s replacement, the future star was hardly mentioned. As Robles pointed out, Adams was clearly in mind when Jesse Marsch and company made the decision. “I know that, this offseason, a lot of it was focused on the Dax trade,” he said, before adding that Adams “has come in and played admirably.” Adams’ performances, for Robles, “speak[s] well” for the Red Bulls, and also “brings more optimism to U.S. Soccer.”

As for Adams himself, he describes McCarty as a “role model” after he began training with the Red Bulls senior team at age 16. “He’s done a lot to help me on and off the field,” Adams added, before saying McCarty “helped me mature throughout the years.”

Adams’ emergence, clearly, has been one of the positives of the Red Bulls’ season. Robles has given Adams credit for the Red Bulls’ resurgence in form, saying that he has “lifted our team” since returning from the U-20 World Cup. “It’s crazy when you look across the locker room, and your teammate is 18 years old, especially since I’m the second oldest on the team,” Robles said. He added, “what’s even crazier is how important he is to us, and I don’t think that speaks just to the roster of the team, I think mostly it speaks to the quality of Tyler Adams.”

As for filling McCarty’s shoes, Adams has accomplished that and then some. The McCarty comparisons, though, remain, but only to compliment Adams. “There’s a certain tenacity to him,” Robles said, “that, in a way, mimics what Dax brought.”