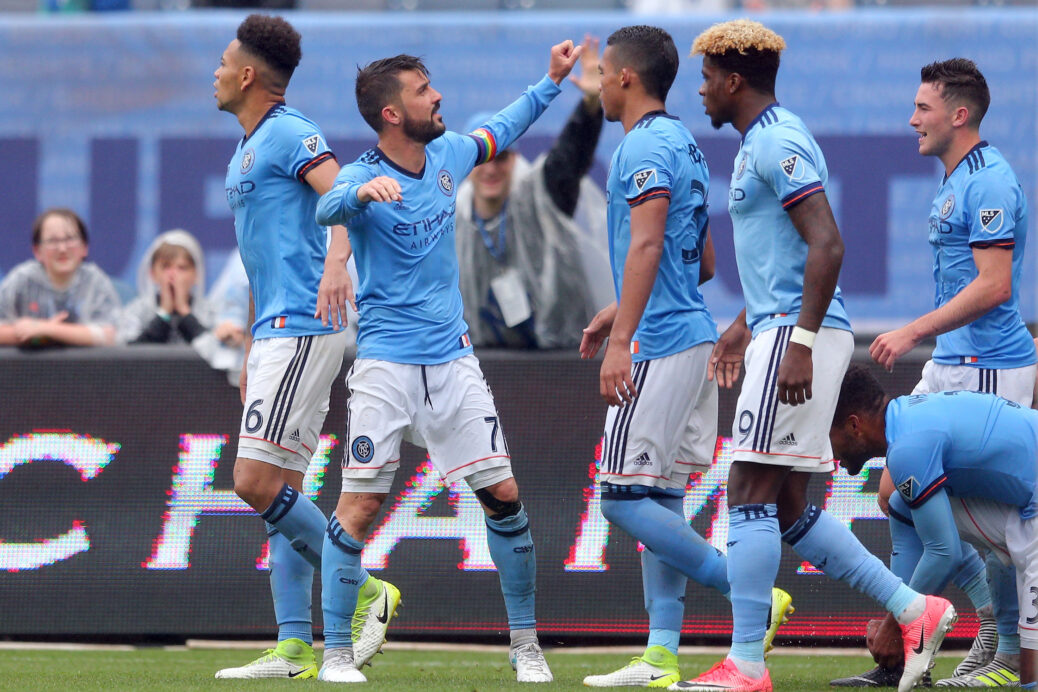 All three Atlanta United DPs scored en route to a 3-1 victory over the Columbus Crew. (READ)

Orlando City was rescued by a late Jonathan Spector equalizer in a 3-3 draw against the Montreal Impact. (READ)

Neither Sporting Kansas City nor the San Jose Earthquakes could find the back of the net in a scoreless draw. (READ)

Alan Gordon played a familiar role as his late goal stole a 2-1 win for the Colorado Rapids over the Portland Timbers. (READ)

A controversial Romain Alessandrini equalizer salvaged a 2-2 draw for the LA Galaxy at home against the Houston Dynamo. (READ)

A pair of late goals from Bradley Wright-Phillips led the New York Red Bulls to a 2-0 victory over the 10-man Philadelphia Union. (READ)

The Philadelphia Union were left frustrated at home after a Derrick Jones red card let the visiting Red Bulls escape with a 2-0 win. (READ)

After netting his 50th and 51st NYCFC goals, David Villa looks to provide even more for his team. (READ)