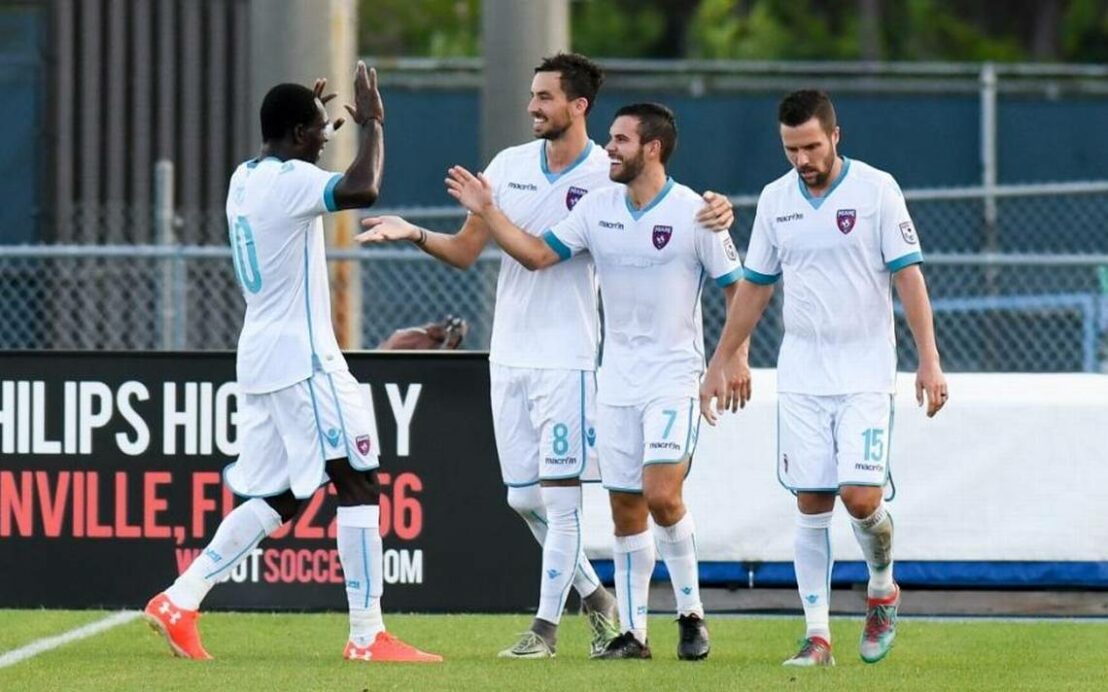 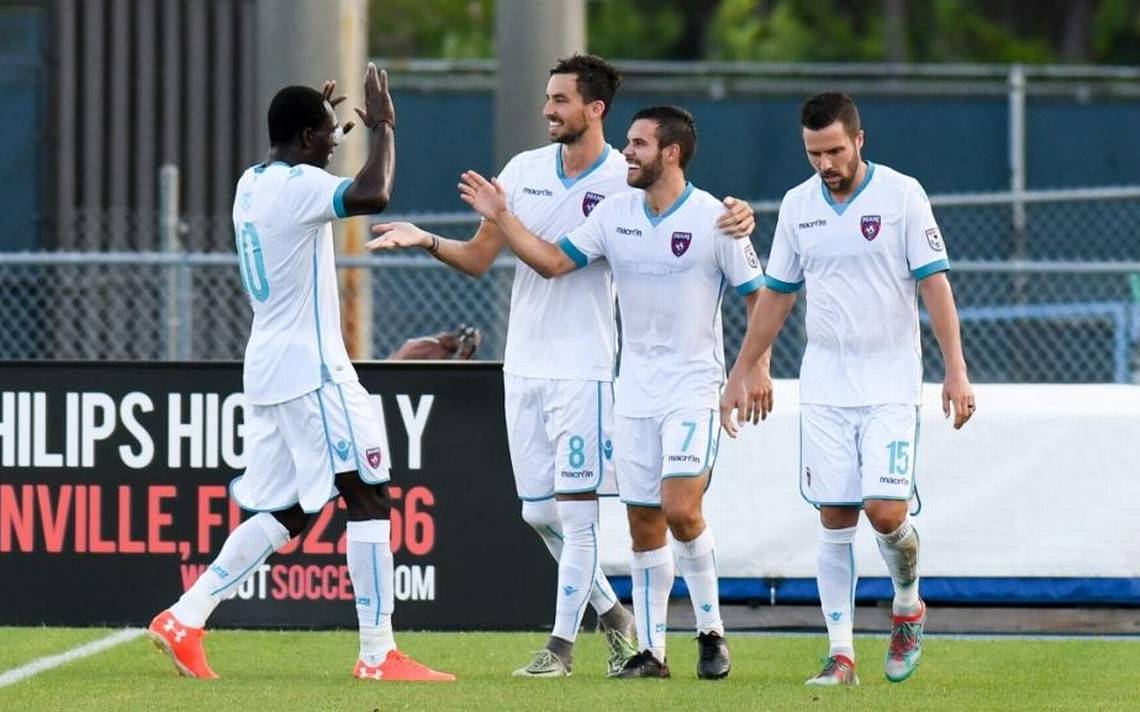 Week 10 felt decisive, as a number of NASL teams made a point with their results this weekend. While the table is still in contest right now, it may not be for much longer.

Miami continued to make their case for the best team in division two with a shutout victory over the Jacksonville Armada, Puerto Rico FC found their first win of the season in convincing fashion, Indy Eleven continued their bizarre streak of draws this year, and the New York Cosmos stole three points on the road.

Here is a closer look at the action from Week 10:

The two teams at the top of the table, the Jacksonville Armada and Miami FC, clashed on Saturday evening in Jacksonville, Florida. The match did not see much in the way of goals, but the result held significance for both teams.

After beating the Tampa Bay Rowdies in U.S. Open Cup play last week 2-0, Miami continued their eight-game unbeaten streak in all competitions with a 1-0 win over Jacksonville. The win was a state of intent to not only the league but all of division two, that Miami are a force to be reckoned with. The game was evenly matched with respect to possession, pass accuracy, and shots, but the individual skill possessed by Miami took the day. Miami FC will look to keep their winning ways alive against bottom of the league FC Edmonton next weekend away from home.

Jacksonville’s two-game winning streak came to an end on Saturday as the team fell for only the second time this season. Player of the Month and arguably team MVP Zach Steinberger was rather quiet on the night, but Jacksonville still sits in second in the league. Jacksonville will hope to bounce back against a struggling Indy Eleven next weekend away from home.

Puerto Rico FC found their first win of the season at home on Saturday night against bottom of the table FC Edmonton. The match saw Puerto Rico put three in the back of the net, with two of the goals coming in the first half, making for a convincing first victory this season.

PRFC came out of the gates determined to win, and their efforts were rewarded with two goals within a span of three minutes. Wide midfielder Giuseppe Gentile scored in the 25th and assisted Hector Ramos in the 28th to get the game underway for Puerto Rico. The defensive lapses that have plagued the Puerto Rican side all season were almost nowhere to be seen on Saturday, leading them to a shutout win in front of a home crowd. Puerto Rico FC will stay at home next weekend to face the San Francisco Deltas, as they look to capture their second win.

FC Edmonton continued their struggling ways on Saturday evening, having captured two wins this season but sitting at the bottom of the table on goal differential. A loss away from home is nothing to be overly discouraged about, but not scoring in four of your last five matches does represent an issue. The Eddies will hope to turn their season around in a midweek match away from home against the New York Cosmos.

The San Francisco Deltas battled back later to secure a point at home against Indy Eleven on Saturday night. The match seemed in Indy’s favor for much of the 90 minutes, but two goals from Christian Portilla and Devon Sandoval split the points at the end of the night.

The San Francisco Deltas will undoubtedly be happy with a draw that felt like a win against Indy on Saturday night. The team showed fight and drive as they held their spot near the top of the table. After an Open Cup victory and a statement game this past weekend, they will look to keep their drive going in Puerto Rico next weekend.

The Indy Eleven came into the match searching for their first win of the season. Having lost their last three matches, the team’s desire for three points was palpable. Indy’s first win seemed well within reach, away from home no less, until an amazing Olimpico from Portilla and an Indy defensive lapse on a cross lead to a draw. While the result was not ideal for Indy, it should give them confidence moving forward as they travel home to face the Jacksonville Armada next weekend.

The New York Cosmos picked up all three points away from home on Saturday night as they secured a hold on third place in the league table. The match was not terribly eventful, with the lone goal coming in the 52nd minute from Juan Guerra, but the win saw the Cosmos move to 6 games unbeaten in the league.

The Cosmos will be happy with their win in North Carolina, as it keeps them in contention for the top of the table in the coming weeks. The Cosmos, whose offense has been shaky this season, was able to put one past the league leader in saves, Brian Sylvestre, which also bodes well for their next two home matches. The Cosmos will now travel home to play against bottom of the table FC Edmonton on Wednesday, and then North Carolina FC again on Saturday.