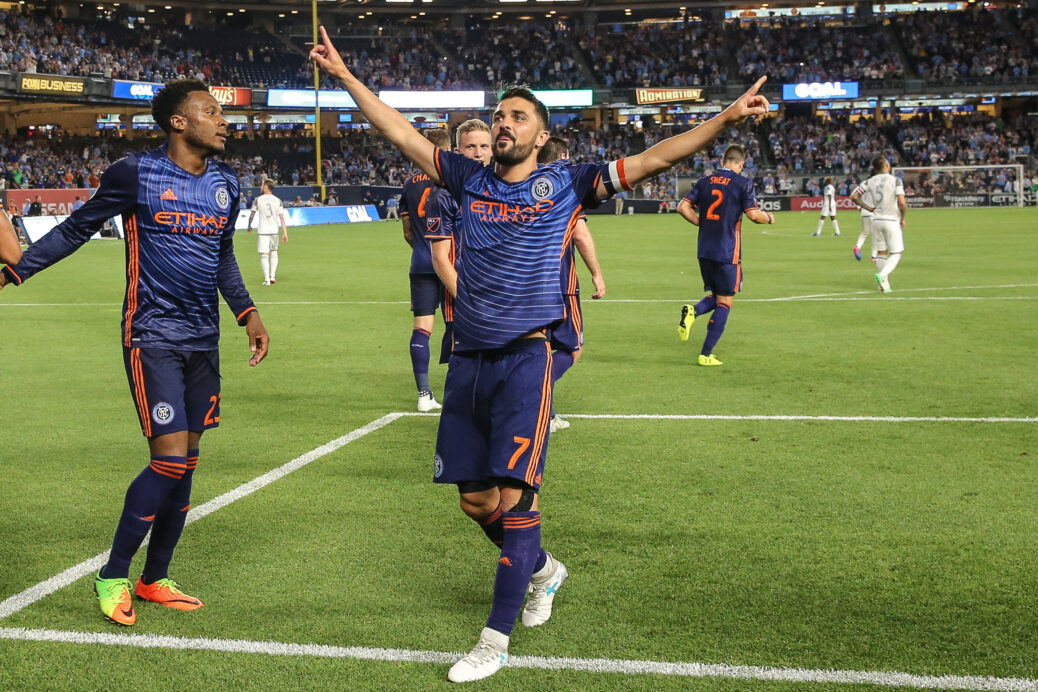 RJ Allen was expected to start at right back for New York City FC in Thursday night’s 3-1 win against expansion Minnesota United. Ethan White was expected to be on the bench, ready as a sub. Both missed a team meeting, so both got downgraded: Allen to the bench, White to the stands.

With Sean Johnson on international duty with the U.S. Men’s National Team at the CONCACAF Gold Cup, Eirik Johansen made his first start in goal this season. He slipped on what should’ve been a routine save in the ninth minute, putting NYCFC in a small hole at the very start.

Although these are individually minor details, small things like this can add up and translate into a negative snowball effect. For some clubs, one small thing can lead to disaster for a night, a stretch, and in the worst case, a season.

That’s not the case with Patrick Vieira’s men this year. Once again, NYCFC clawed back from a small, 1-0 hole, scoring three unanswered goals in their fourth-straight win, tying a club record for longest win streak. They’ve yet to lose back-to-back matches this season and have found ways to bounce back time and time again.

“Everyone plays together, works together, and it’s fun,” said defender Ben Sweat, who started in place of Allen at right back Thursday night. “It’s way more fun that way and winning is an even better feeling because you know, we deserve it after working that hard and sacrificing that much and tonight was another fantastic display of it.

“We’re just competitive. We don’t like to lose, nobody likes to lose on this team and it shows.”

NYCFC’s recent sense of resiliency has really started making its presence known during the current win streak. During the four-match run, NYCFC has come back from down a goal in three of them, with all comeback efforts taking place at home. They’ve found ways to claw back again and again after being forced to settle for a 2-2 draw against the New England Revolution on May 31st.

“We have a lot of character,” head coach Patrick Vieira said. “What I really like about this group is that they are challenging each other every single day in training, that is why it’s difficult for me to pick the Staring XI.

“This group of players, they play the same way that they’ve been training every single day and that is the reason why we are ready to compete.”

Of course, while seeing a team consistently show the ability to come back time and time again, it’s not always the preferred method to grab three points every game. But even so, it’s impossible to lead all the time, and the ability to battle back from adversity is the mark of a good team.

“I don’t like to come back,” captain David Villa said. “I like to score the first goal, but this is soccer and the team showed good character.”