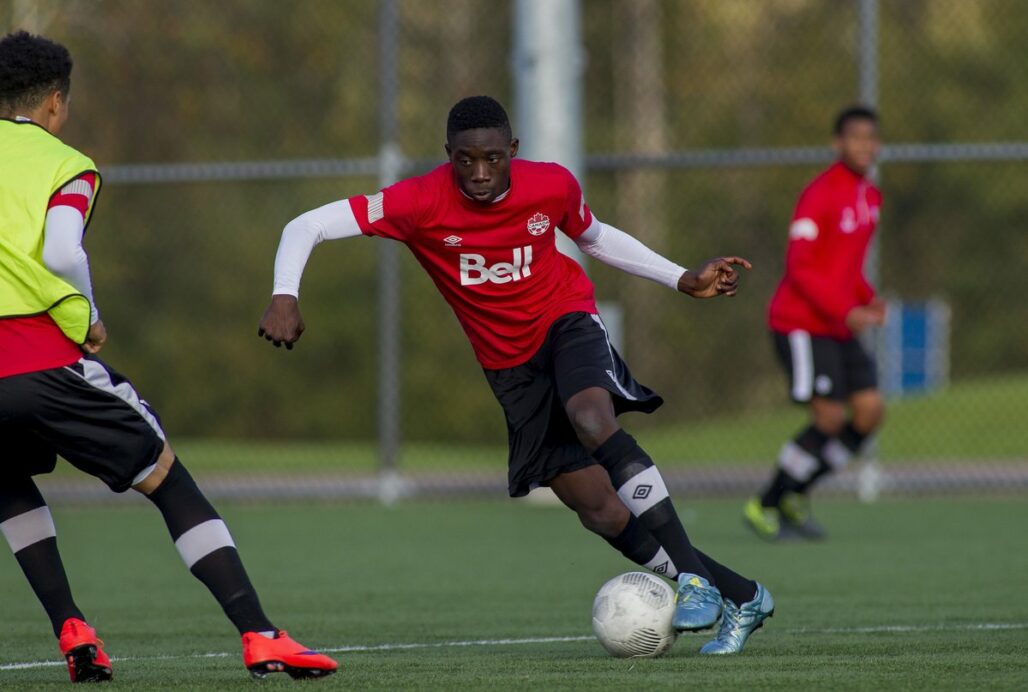 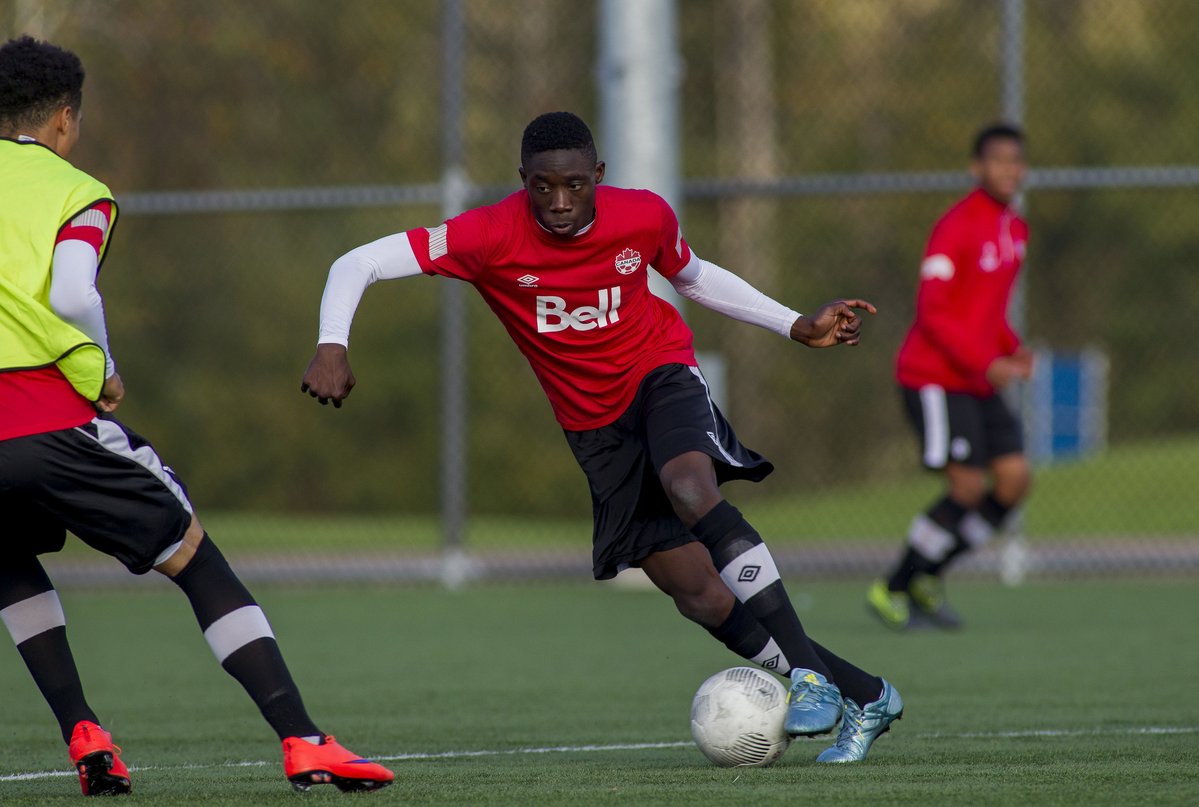 With Anthony Jackson-Hamel scoring the game-winning goal on Tuesday night’s friendly and Alphonso Davies making his first strides in red and white, Canada’s youth is not something to deny. Octavio Zambrano, in his first game at the helm of the Canadian men’s national team, isn’t scared to let them play either.

“Youth really has nothing to do with how much you can contribute on the field,” said Zambrano, speaking more specifically of  Davies. “I think Alphonso has already demonstrated that he’s ready so youth has really nothing to do here.”

Subbing in at the 52nd minute to officially become the youngest ever Canadian senior international, the 16 year old switched sides with Junior Hoilett to join his Vancouver Whitecaps teammate Marcel de Jong on the left flank. Davies instantly created chances for himself—as well as drawing the penalty which eventually led to Jackson-Hamel’s goal.

“There’s a 21-year difference, when I was starting, he was barely born,” said Patrice Bernier, who was Davies’ roommate during the camp. “But the good thing is that I see a bit of myself, being a teenager, the things he does.”

“At 16 I was coming off the Under-17 World Cup and he’s in the men’s national team so it shows the gap of where Canada has gone, where 16 year olds can play and contribute. He could’ve scored two goals and got the penalty.”

Bernier, who admitted to have had regained some youth from rooming with Davies, is impressed by how little pressure he has been giving himself.

“I know people are talking about his name and everything, [but] he just goes out and plays like he’s playing with his friends and shows his stuff and that’s a good thing,” said Bernier. Now it’s just for us to let him develop and become the player that he can be.”

Having roomed with him in his first ever national team experience, Davies admits that he has been looking up to Bernier.

“Yeah, he’s a top athlete,” said Davies of Bernier. “I’m laying on my bed watching a show on my laptop and he’s doing something to improve himself everyday. He’s a top pro, I look up to him.”

Going into the 2017 Gold Cup, Bernier knows that in this transitional period his job will be to guide the new influx of Canadian youth to the next level.

“I’ll admit that in the first few days, you ask yourself questions because there’s a generation gap,” said Bernier. “They have talent and I told [Zambrano] that I wanted to be part of the solution, not just being on the side and say that Canada isn’t going forward. So if I can help, then great.”

In their 2-1 comeback win against Curacao at Stade Saputo, Canada needed a come-from-behind game-winner and it came by way of no other than Jackson-Hamel. The Montreal Impact striker has made himself a name for these moments this MLS season and is continuing on that route for his country.

With his four MLS goals coming after the 69th minute and two of them being game-tying or game-winning, Jackson-Hamel has made it a point to score late goals in crucial moments.

“It’s a lot of work behind the scenes that I made along the years with the Impact. Now I can display this work on the field for club and country so it’s great,” said Jackson-Hamel. “After that, it’s about continuing on this run and not stopping, to score goals every time I step on the field.”

His substitution, as well as Davies, helped the team in their mentality of moving forward and playing attacking soccer.

“Jackson was Jackson,” said Bernier. “The minute he subbed in, he scored and continued on his streak of scoring [late in the game]. In the second half you saw that the team started to become more at ease.”

Canada won’t have more time to play together competitively until the Gold Cup however. In a group featuring Costa Rica and Honduras, Canada’s run will start on July 7 at Red Bull Arena where they will play French Guiana.