SBI Question of the Day: What is the best rivalry in MLS? 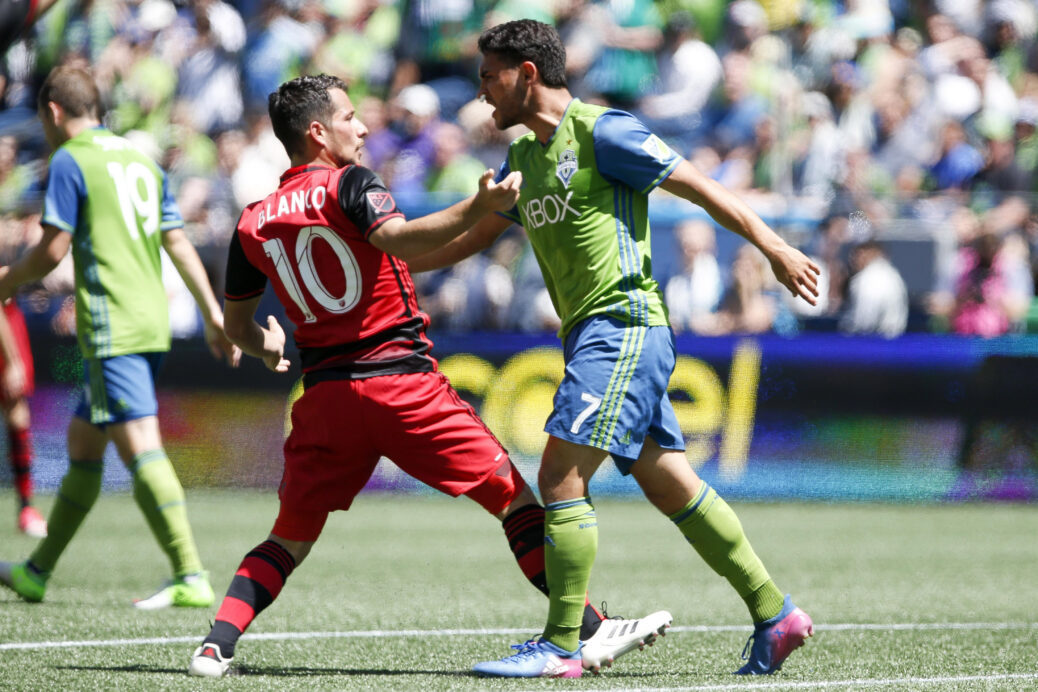 It’s rivalry week in MLS, and while that will no doubt make for good viewing all around, it’s worth pondering where one’s viewing time might best be spent.

The league has no shortage of intense match-ups, but one of the most well-known and entertaining takes place in the Pacific Northwest when Cascadia rivals clash. The Seattle Sounders and Portland Timbers have shared no love since their 2009 and 2011 MLS debuts, respectively, and the years haven’t changed that a bit. After the Portland Timbers became the first of the two to win an MLS Cup in 2015, the Sounders immediately followed suit with their own title in 2016, adding further intensity to this weekend’s match. Dating all the way back to the NASL era in 1975, the two have met 99 times in all competitions with the Sounders holding an edge with 52 wins. Recently, the teams have split their last six matches in alternating fashion, with the home team taking each result. This weekend will see the 100th match in a rivalry that remains competitive and spirited over four decades of competition.

The youngest rivalry this weekend is one that many consider to be arguably the fiercest one currently going. Though hugely one-sided so far, the animosity between the New York Red Bulls and New York City FC is real on both sides of the Hudson. What started as an MLS marketing push quickly became ingrained into the culture of both teams, whose very philosophies are antithetical to one another. As the Red Bulls press, and NYCFC sits back with possession, there is a heat that exists when the two teams meet on the field. Those meetings may be few in number, but they’ve produced big moments already, most notably the Red Bulls 7-0 victory over NYCFC in Yankee Stadium, followed by NYCFC’s first ever win in the rivalry in a 2-0 affair. With both teams now seemingly regular playoff contenders, the rivalry is only poised to grow.

The Red Bulls make their second appearance on this list with one of the oldest rivalries in MLS. The Atlantic Cup has been contested between the aforementioned Red Bulls and D.C. United every year since 2006, when the Red Bulls took the first win in the series, 2-1, on the road. The Red Bulls also claim the latest win and more success in recent years, but DCU holds the overall glory. Out of 88 meetings total, D.C. United leads the series 43-31-14, and leads in all three of the regular season, playoffs, and Open Cup meetings. They also hold the largest victory in the rivalry, a 5-0 win on the road in September of 1998. While the clash has taken a sort of public back seat to the New York Derby in recent years, ask either fanbase and they’ll tell you the Atlantic Cup is alive and well.

Looking out West produces another long-time MLS rivalry, the California Clasico, contested between the LA Galaxy and San Jose Earthquakes since 1996. The two teams have met every year, with the exception of a hiatus in the Earthquakes operations from 2006-2008, and reached a peak from 2001-2005, when the Galaxy and Quakes combined for four of the five MLS Cups in that period. Over 74 meetings, the Galaxy hold a lead with a 32-21-17 record in the series, whose leading scorer is unsurprisingly Galaxy-great Landon Donovan. The Quakes can share in the glory of biggest win though, as each team beat the other by a score of 5-2 at differing points in the rivalries history.

A more recent in-state showdown comes in the form of the Texas Derby between FC Dallas and the Houston Dynamo. Although the rivalry originated only in 2006, with a Dynamo win, it’s easily the most even of the rivalries mentioned so far. FC Dallas holds the narrowest of leads with a 13-12-9 record, and the two teams are evenly split with 49 goals apiece, that record could change this weekend to an even split with a Dynamo win. While FCD has had the better of recent years, going perfect in 2013, 2014, and 2015, the Dynamo struck back with an even 2016 at 1-1-1. The two teams drew their first match of the season, in scoreless fashion, but both figure to be in contention at the end of the regular season with another two matches left to play between them.

Finally, a trip North of the border takes us to Toronto FC and the Montreal Impact and the 401 Derby. Though not battling it out in MLS action, the two teams will meet in the Canadian Championship finals, a familiar stage in the rivalry. While Toronto FC has historically dominated the rivalry, with a 16-9-9 record, the Impact have had recent success, going 2-1-2 in their last five meetings. Of course, that sole loss came in the MLS Cup playoffs last season in which, after taking a 3-2 lead in leg on, the Impact allowed TFC to seize an aggregate victory with a stunningly exciting 5-2 second leg. Now the Impact have a chance for a measure of revenge, as they could book themselves a place in the CONCACAF Champions League with a Canadian Championship win over their rivals.

With so many fantastic rivalries league-wide, it can be a tough decision to pick where to place your attention. While we recommend watching them all, let us know where you’ll be gluing your eyes. Which of these rivalries is the best in MLS?