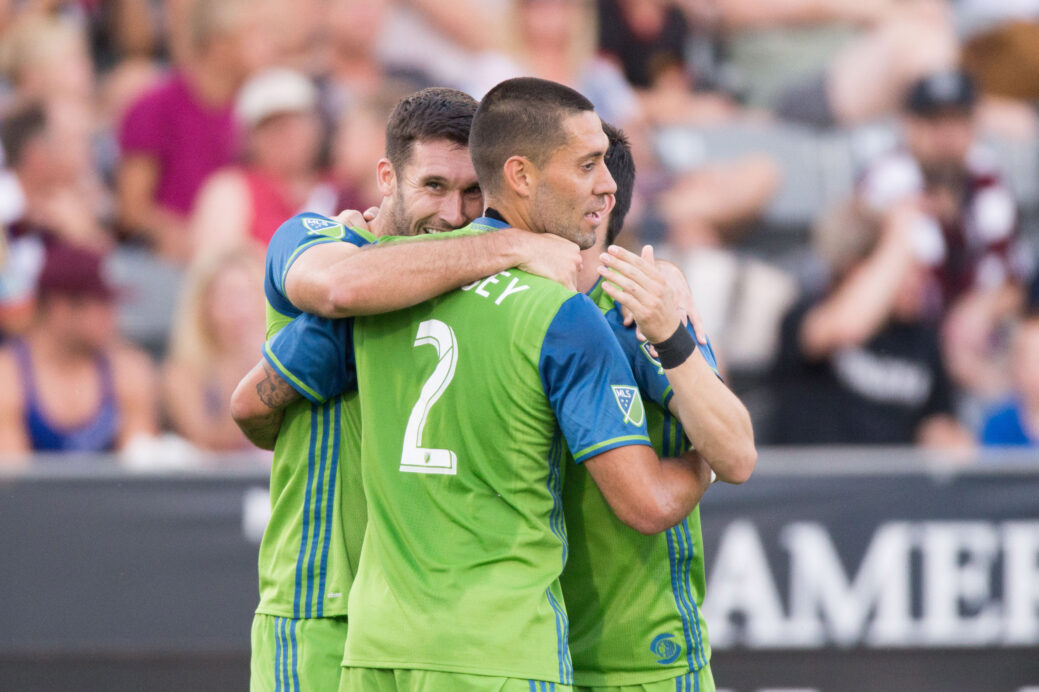 With the MLS calendar empty for the weekend, the Seattle Sounders hosted Bundesliga side Eintracht Frankfurt in a friendly at CenturyLink Field on Saturday afternoon, playing to a 1-1 draw in a match noteworthy for another Clint Dempsey goal.

Branimir Hrgota opened the scoring for the visitors in the 29th minute, slotting home a pass that deflected off center back Roman Torres. Dempsey equalized for the hosts in the 44th minute, firing inside the back post from just 6 yards out. After a sluggish start to the season, Dempsey has now scored four goals in his last three games across all competitions and leads the club with seven goals in league play.

Both teams fielded first-string lineups to start the match, but substituted liberally at halftime and throughout the second half. Each side had opportunities to score a game-winner, but neither managed to convert its chances.

With head coach Brian Schmetzer in Nashville to complete a coaching course with U.S. Soccer, assistant Gonzalo Pineda served as manager for the Sounders. Jordan Morris, Cristian Roldan, Joevin Jones, and Oniel Fisher were unavailable for the Sounders, serving their various national teams in the CONCACAF Gold Cup. Chad Marshall and captain Osvaldo Alonso also missed the match with injuries picked up last weekend against Colorado.

It was the Sounders’ 12th all-time friendly, and their first match against a Bundesliga team. It was also the second and final friendly of the season for the Sounders, who drew 1-1 with Liga MX side Necaxa in March. The club holds a 3-5-4 all-time record in international friendlies.

Frankfurt finished 11th in the 18-team Bundesliga last season. Saturday’s match marked the club’s second preseason friendly as it prepares for the start of the 2017-2018 campaign in August.