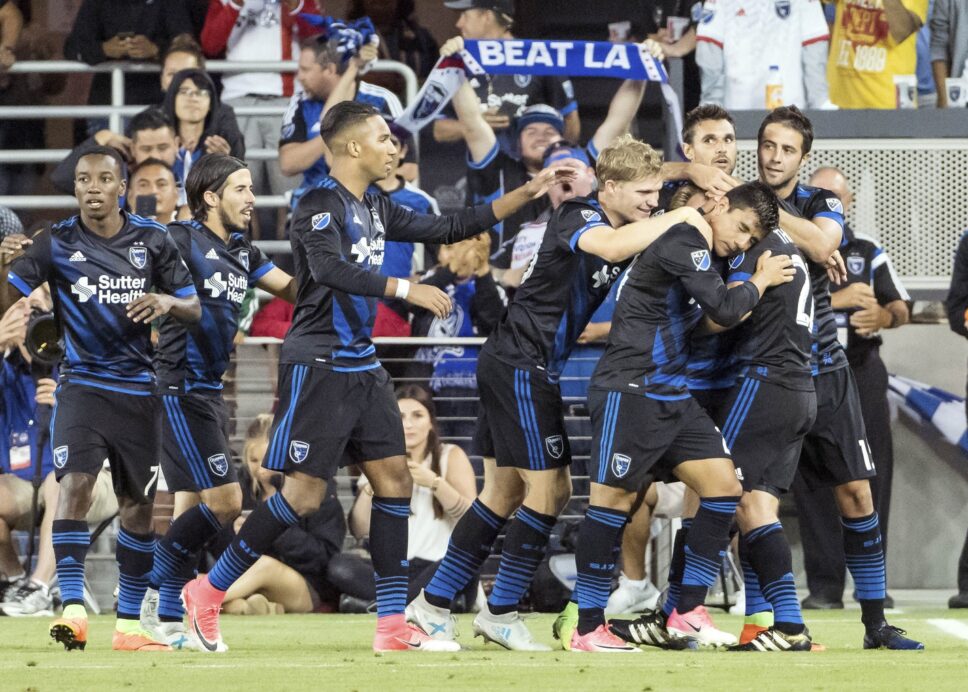 The result of this year’s third California Clasico has the San Jose Earthquakes two games out of U.S. Open Cup glory.

The Quakes attack was everything in their 3-2 victory over arch rivals LA Galaxy at Avaya Stadium on a picture perfect Monday night.

Danny Hoesen continued his hot streak, ending the visitors chances of moving forward in the tournament. The Dutchman made the best of his one-on-one opportunity against Brian Rowe, drilling the ball in the center of the goal and putting the Quakes up two in the 62nd minute.

It was Chris Wondolowski’s night, and the Quakes star sported 38 on his back in honor of Matheus Silva. The captain struck in the 15th minute after finding himself all alone atop of the box. He called for the ball and he finished; a level strike to Rowe’s bottom left corner would find the back of the net.

Wondolowski magic would appear once more in the 51st minute. The captain would head Tommy Thompson’s lofting cross inside the box and give his side all the momentum heading into the last 30 minutes.

After the victory, the Quakes await for the winner of FC Dallas and Sporting KC to set the date and time for the semifinal bout while the Galaxy are forced to know focus solely on league play.

As usual, the California Clasico fit Quakes’ captain Chris Wondowloski to perfection. This time around, the forward’s brace was enough to secure a semifinal spot for the home side.

The Quakes heavy counter led by Danny Hoesen not only resulted in a goal, but crushed the Galaxy’s hopes to aim for a comeback.

LA Galaxy product Jaime Villarreal’s poor play in the midfield left too large of a void for the visiting side to make up, resulting in a dominating Earthquakes attack.