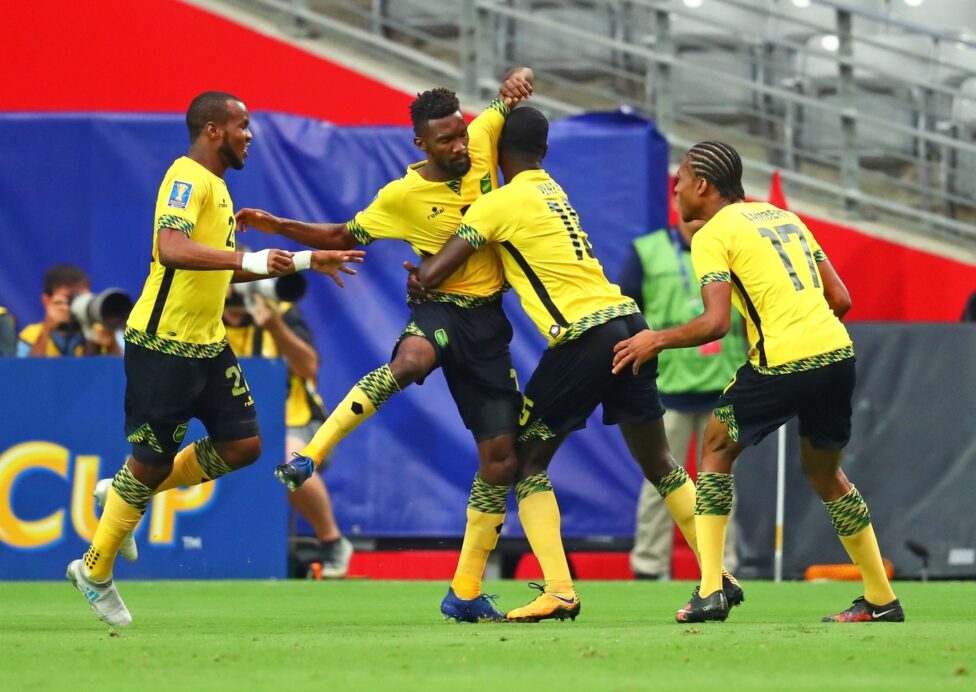 A goal in each half propelled 2015 Gold Cup runners-up Jamaica to a 2-1 victory over Canada in Thursday’s quarterfinal.

The Reggae Boyz used goals from Shaun Francis and Romario Williams to defeat the Canadians in Glendale, Arizona.

Francis opened the scoring after six minutes, finishing off Darren Mattocks’ assist from inside the box with a left-footed effort.

Mattocks’ 14th-minute effort forced Milan Borjan into a good save which kept it 1-0. After missing a trio of headers earlier in the half, Cyle Larin created Canada’s best chance in the first half forcing Andre Blake into a save of his own after 39 minutes.

Five minutes into the second half, Williams doubled Jamaica’s lead, curling home a right-footed effort into the top right corner.  Borjan got a hand to the effort, but was not able to keep the effort out. After dancing his way into the box and past Canadian defenders, Mattocks forced another strong save from Borjan in the 58th minute.

In the 71st-minute, Blake came up with a huge fingertip save on Hoilett who again tested his luck from long range. Substitute Lucas Cavallini headed the ensuing corner just over the bar which kept Jamaica in front.

Despite creating numerous chances late, Canada failed to record a equalizer as Jamaica held on for a victory. Andre Blake made three saves in the victory, while Milan Borjan made two in the defeat. Jamaica remains unbeaten at the Gold Cup, earning their second victory out of its four matches so far.

Canada finishes the competition with a 1-1-2 record, suffering its first loss at the 2017 Gold Cup.

Jamaica will now face the winner of Mexico-Honduras in the second semifinal, slated for Sunday, July 23 at the Rose Bowl.

Romario Williams scored the game-winning goal in Thursday’s match. Williams, currently on loan from Atlanta United, curled home a perfectly struck shot past Borjan into the top right corner. It was his second goal of the tournament.

Andre Blake’s fingertip save on Junior Hoilett’s long-range shot proved to be the difference on the scoreboard. Hoilett was the best player for Canada, and looked likely to score again after beating Blake earlier in the half.

Even though it was his first appearance for Canada in the competition, Cyle Larin was not up to par in his side’s defeat. Larin’s best chance with his feet forced a good save from Blake, but the Orlando City striker missed several chances with his head. Larin was eventually subbed off in the second half as Canada looked to change things up offensively.