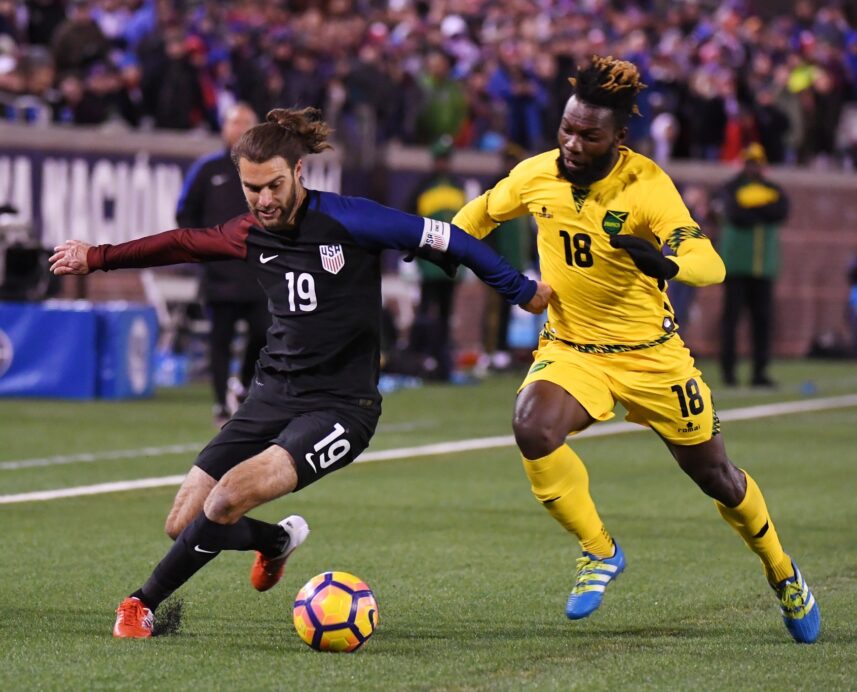 SAN JOSE, Calif. – It was apparent from the get-go that the U.S. Men’s National Team and Mexico shared the title as heavy favorites to reach CONCACAF Gold Cup final at Levis’ Stadium come Wednesday.

But thanks to Kemar Lawrence’s stunning free-kick strike in the dying minutes of Jamaica’s semifinal victory over Mexico, the narrative has taken a major turn, making Bruce Arena and his men clear cut favorites to win a sixth Gold Cup.

Despite being far superior on paper and having recent convincing results backing the unrequested tag, Arena recognizes that the Reggae Boyz’s quality that led them to the Bay Area is no fluke.

“Weaknesses? Can’t be too many if they made it to the final,” Arena said. “They’ve played Mexico twice and didn’t lose to them.They have a strong team.”

The USMNT has not seen as much from the Caribbean side as they have been accustomed to as Jamaica failed to make the Hexagonal cut back in November, but both sides did meet in Tennessee five months ago in a USMNT World Cup qualifying tune-up. For Arena, the Reggae Boyz have come a long way since and are now even unrecognizable.

“We played them in February and they were real difficult to play against in Chattanooga,” Arena added. “I haven’t followed what happened in the Hex (or) any of the stuff, so I haven’t been paying whole lot of attention (to) Jamaica except for this tournament.

“And I think in the tournament they have done really well. They are a different type of Jamaican team than we have seen in the past. They have a lot of discipline, they are very strong defensively and are hard to play against. That, to me, is not what you typically see out of a Jamaican team.”

There is no question that the desired final would have been for the U.S. to go up against Juan Carlos Osorio and Mexico. The stakes would have been higher, the anticipation greater and it would have opened a new chapter in CONCACAF’s renowned rivalry. For Clint Dempsey, the expectations and demand remain as high as ever, regardless of Mexico’s absence.

“It’s not different,” Dempsey said on Mexico’s absence from Gold Cup final. “I think we would have been expected to win (regardless of) whoever we were playing.

“We’re on home soil, we have strong team. There is always that pressure to succeed,” Dempsey added. “It’s going to be a difficult game no matter who we were going to play. We’ll prepare and go out there put our best group forward to try to bring the cup home.”

Whether it was Jamaica or Mexico, the USMNT’s reinforcements made it clear to what the objective was days ago. One of those integrated faces is Tim Howard, who is sold that, regardless of the opponent, there is no option but to take advantage of the team’s current optimal moment under Arena.

“For us, we are in the final, obviously, (and) getting our hands on that trophy is paramount for us,” Howard said. “Who stands in our way, I think both games are very difficult for completely opposite reasons.

“It doesn’t make it any easier and quite honestly we don’t care who we play,” Howard added. “We seem to be playing well at the moment, so that’s the most important thing.”