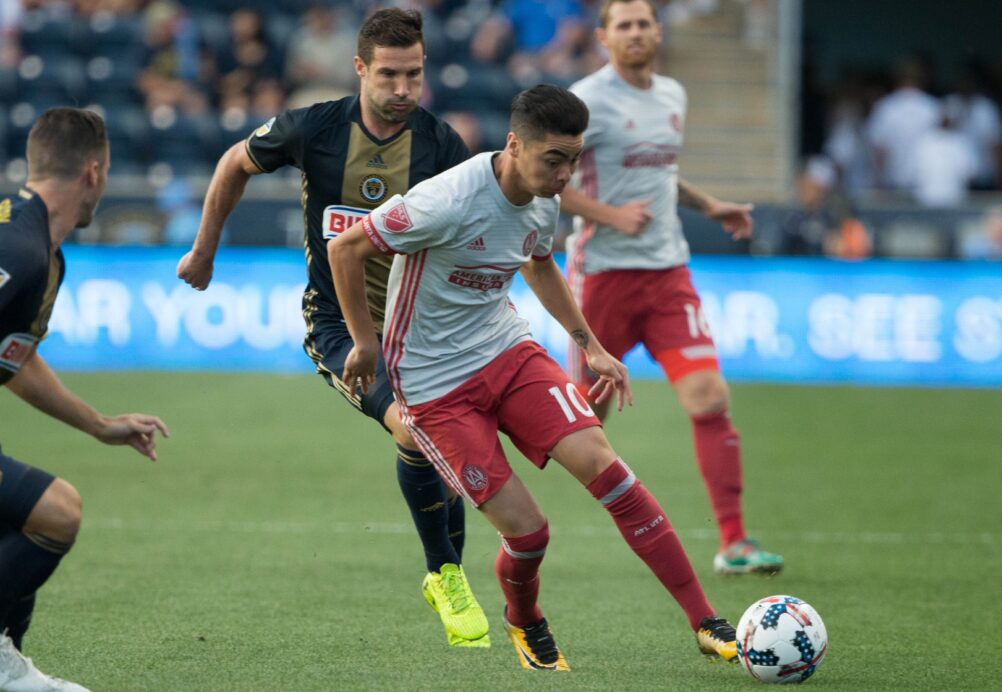 Sometimes when your back is against the wall, you’re more likely to give that extra effort. Atlanta United did just that to steal a point on Saturday night.

Atlanta United used a 91st-minute equalizer from Tyrone Mears to snatch a point against the Philadelphia Union in a 2-2 draw.

Atlanta’s Hector Villalba had the first crack towards goal after 15 minutes, but saw his right-footed effort head into the stands. Roland Alberg then gave the Union a 1-0 lead after 18 minutes, poking home Giliano Wijnaldum’s assist. It was Alberg’s sixth goal of the season, and his second in as many matches this week.

Haris Medunjanin’s left-footed effort after 22 minutes forced Brad Guzan into a strong save near his left post. Alejandro Bedoya bundled home the Union’s second tally of the evening from a corner two minutes later. It was the midfielder’s first league goal of the season.

Atlanta cut the deficit to one however as Yamil Asad blasted home from inside the box. It was the Argentine’s third goal of the season and a strong finish after a headed assist from Josef Martinez.

Following the halftime break, the Union were reduced to 10-men after 52 minutes as Josh Yaro dragged back Martinez, who was nearing a breakaway inside the box.

Andre Blake’s first huge save of the evening kept the Union ahead after the Jamaican stoned Martinez’s left-footed effort following a quick free kick. C.J. Sapong kept Guzan on his toes after 72 minutes, using a nice dribble and shot to force the American keeper into a save.

Second-half substitute Mears looped a header over Blake, who was left in no mans land following punching a cross. Guzan made four saves in the defeat for Atlanta, while Blake made three saves in the Union victory.

Atlanta (10-8-6) now begin a six-match home stand starting September 10th, with the visit of FC Dallas. The Union (8-12-7) remain unbeaten in their last four matches, and begin a two-game road trip on September 9th at another expansion side, Minnesota United. Saturday’s victory pulled the Union two points behind Atlanta for seventh place in the Eastern Conferfence.

Mears, a second-half substitute for Tata Martino’s side player the hero snatching a late equalizer for the visitors. The defender placed his header perfectly as it beat Andre Blake to the back of the net.

For most of the second-half it looked like the Union would hold on for a win. Tyrone Mears had other ideas, beating several Union defenders to a loose ball and heading home the winning goal.

Union defender Josh Yaro was having a solid outing until seeing a straight red card early in the second half. The 23-year-old forced his team into a tricky situation against one of the league’s most dangerous attacking fronts.