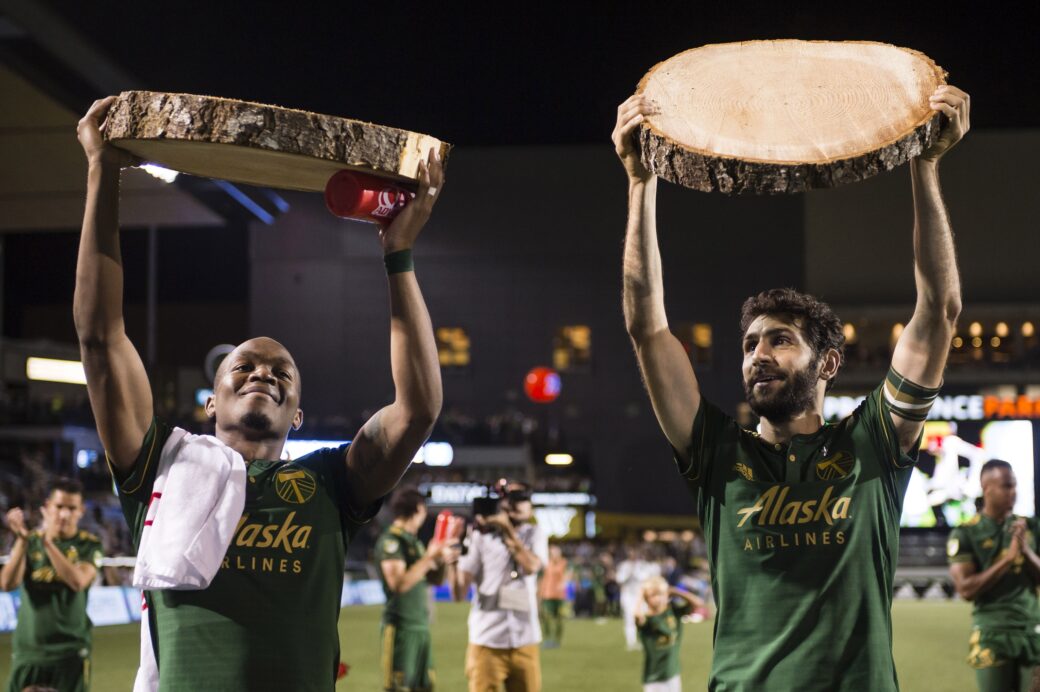 In need of a win to remain in the thick of the Western Conference race, the Portland Timbers’ two stars stepped up.

Diego Valeri provided a goal in the fifth straight match while Darlington Nagbe scored a stunner of his own to lead the Timbers to a 2-1 win over the Colorado Rapids. The win vaults the Timbers up to second place, one point behind the rival Seattle Sounders ahead of this weekend’s Cascadia clash.

Valeri opened the scoring 23 minutes in, continuing his recent hot streak. The Argentine scored via a header, tucking home a cross from Vytas to give the Timbers a 1-0 lead.

Nagbe doubled it just two minutes later in spectacular fashion. After receiving a pass in the box from Vytas, Nagbe turned and lofted a shot up and over Tim Howard, earning the Timbers an advantage they wouldn’t relinquish.

Mohammed Saeids’ 28th minute goal got the Rapids back into the match before VAR set the Timbers up to add insurance via a penalty kick. However, David Guzman missed his shot from the spot, leading to a nervy second half at Providence Park.

However, the Timbers would hold on to go up to second heading into a big Cascadia clash this weekend. The Rapids, meanwhile, remain in 10th heading into this weekend’s visit to Real Salt Lake.

Diego Valeri was one of several Timbers to step up on the day and, with his recent hot-streak, the Timbers are surging into the playoff push.

Darlington Nagbe’s finish will be seen in highlight reels for a long time, as his daft chip up and over Tim Howard was a memorable moment from an important Timbers win.

Mike da Fonte saw both Timbers goals come from his side has he struggled to contain Vytas’ movement and crossing.