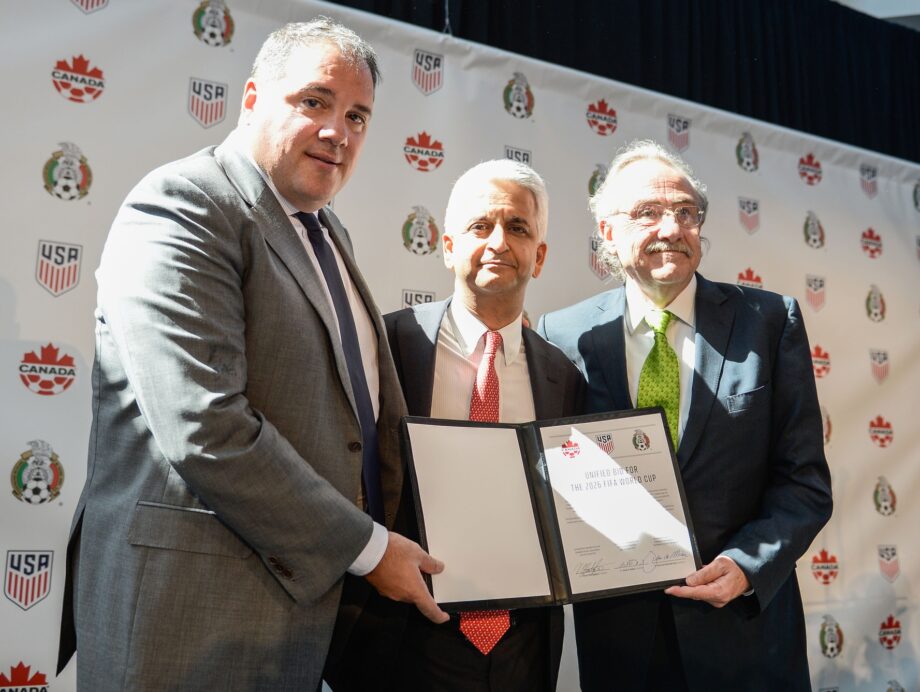 On FIFA’s deadline for competing bids, North America has moved one step closer to hosting the 2026 World Cup, even if there is a new competitor in the fold.

As expected, the U.S. Soccer Federation announced their official bid to formally going the competition of hosting the 2026 World Cup on American, Mexican and Canadian soil. The official statement, comes as no surprise as the trio are presumable front-runners to host the game’s most prestigious tournament come 2026, despite Morocco joining the race earlier today.

“We’ve always been prepared for the fact that there’ll be other people who are interested in this. It shows how valuable and important the World Cup is,” U.S. Soccer president Sunil Gulati said. “Regardless of whether other countries were bidding, we would treat this as a competition. Whether it was in the nature of a time trial where other people aren’t on the track or when there’s other runners on the track, in this case other competitors. So we’re going to treat every part of the bid application very, very seriously and exceed all of FIFA’s standards and make it impossible for them to say “why not the U.S., Mexico and Canada?”

“We’re confident that we have the facilities and the infrastructure – everything,” he added. “Now what it’s about is convincing the rest of the world that our vision for the sport, our vision internationally for the sport, is in line with what they believe and also that a World Cup in the United States, Canada, and Mexico will be extraordinarily successful. A big part of FIFA’s revenues come from this one event and we think we can put on a spectacular event and one that’s very, very financially successful as well.”

U.S. Soccer is set to provide an update on the cities in the running to host within the next week.

The two bids must now submit their proposal for consideration by FIFA by March 16, 2018. Then, a decision on whether to select one of the bidders will be taken at the FIFA Congress, which is set to be convened next June.

“This is going to be a great process over the next 10 months and then beyond,” Gulati said. “We’ve talked to a number of cities across the country and in Canada and Mexico and they’re excited about the World Cup. So there’ll be a little bit of friendly competition here to be one of the final selected venues. We’ve talked to many of those cities already. They’re excited, they’re enthusiastic, they want to be part of the World Cup.

“As some of them have said to us, ‘We weren’t really ready seven years ago because we didn’t see the big picture about what this was all about.’ Now they’ve seen what happened in South Africa, they’ve seen what happened in Brazil, and they’re excited about it. And that’s true in the U.S., it’s true in Canada, and Mexico, our two partners in this thing.”