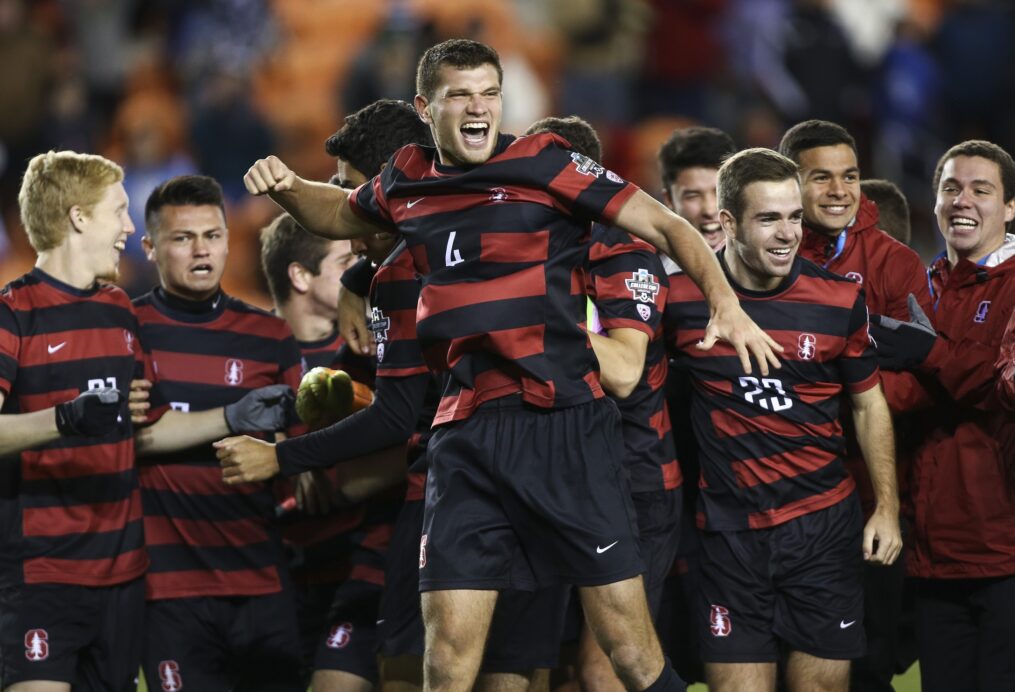 Not many players can say they have won it all at the collegiate level. Twice? Even fewer. For Tomas Hilliard-Arce, winning national championships has been as common as celebrating Christmas the past two years.

As PAC-12 Defensive Player of the Year and Herrman Trophy semifinalist, there’s little doubt of Hilliard-Arce’s professional readiness, more so after Stanford lifted its second straight Division I title in Houston this past December.

It’s hard to find a college player in the country that can mimic the 6-foot-1 defender’s aerial dominance, destroyer-like qualities and an acumen for the beautiful game like the North Carolina native can. Yet, for Hilliard-Arce, opting to leave Stanford with his hands full of accolades at the end of his junior year and pushing for a professional career never crossed his mind.

“For me, it was a no-brainer. No matter how last season had gone, I was always going to stay just really taking advantage of being at a great university surrounded by great people,” Hilliard-Arce told SBI. “There is a lot to learn from the coaching staff here, especially coach [Jeremy] Gunn, he’s not focused on only making you a better soccer player but he’s working on instilling great values, making us into great people.

If only Hilliard-Arce could stay and run rampant with Stanford for another five years, then would there be a suitor to give Bruce Arena’s illustrious national championship record a run for its money.

The youngster has a thing for NCAA’s trophy, and the past has shown that it loves running to Hilliard-Arce’s arms come wintertime. For the defender, a third and final reunion would not hurt.

“A perfect year would be obviously finishing it up with a national championship,” Hilliard-Arce said. “I look at some of the leaders and the captain before me in Brandon Vincent, Ty Thompson, Brian Nana-Sinkam and just seeing them go off in their last game with tiers of joy rather than tears of sadness. That seems like the perfect ending for me.

“It doesn’t really have to do with any personal goals just because I know we take care of business as a team and the other stuff will take care of itself.”

But despite the sangfroid and professionalism the Stanford captain has exhibited, there are substantial steps of personal growth to be taken ahead of such a pivotal season. The good thing is Hilliard-Arce recoils back to his memories of a former teammate and Stanford talisman in Vincent. The current Chicago Fire defender is who he hopes to be like in the future.

“Bringing it back to Brandon Vincent, someone I’ve looked up to,” Hilliard-Arce said. “I just remember coming in as a freshman and even a sophomore and looking at him, it always seemed like he knew the exact right decision to make. He knew how to communicate with people as a leader.

“That is something I can work on, just being in a captaincy position this year: seeing if I can communicate with my teammates a little better, making it easier for me to have it also is encouraging, and then to seeing if I can pick out the right positions rather than being a bit indecisive sometimes,” Hilliard-Arce said. “Personally, I’d like to work on those things, and then seeing if I can help my team offensively scoring a few more goals.

“The postseason awards just kind of come if I can take care of my business, so it’s always nice to get that recognition before the season starts. But that’s just a watchlist award completely based off last year, so I know I have to perform if I want to kinda maintain that status.”

Hilliard is coming around the bend and he will not catch anyone off guard. If anything, it’s a countdown. There are many that hope to witness Stanford’s No. 4 walking around Philadelphia with their colors resting around his neck come January’s MLS Draft. Will it happen? Only destiny knows and Hilliard-Arce is keeping all his options open.

For now, the captain is looking to keep far away from the fuss and settle his feet firmly at Stanford, where, at a non-professional level, he has sculpted a legacy on, but has yet to see what it has to offer on the other end. To reach that, his journey in Palo Alto must continue.

“The biggest thing that a player in his position has to do is just focus on playing well,”  Gunn told SBI. “Because he’s drawing a great deal of attention and receives a great deal of speculation, and sometimes that can distract players from performing as well as they can. The best thing he can do is, is do what he has always done, which is focus on continuous development.

“He can develop in every facet of the game between now and the end of the season, which will be good for us, good for him, it will be good for his future,” Gunn added. “Constant growth is what we look for in every player. In his position, you sometimes get tested when maybe you pay too much attention to what people are saying. You might think you’ve made it. And he has a wonderful test ahead of him this season, (which) can continue to make him a better player and a more mature person.

“What has really stood out, always, is that he’s an incredible competitor, but there are a lot of nuances to the game that he can continuously work on. What’s exciting for him is that he has great confidence in his abilities but he also has enough humility to want to keep striving to get better. I see him in a good position at the moment.”