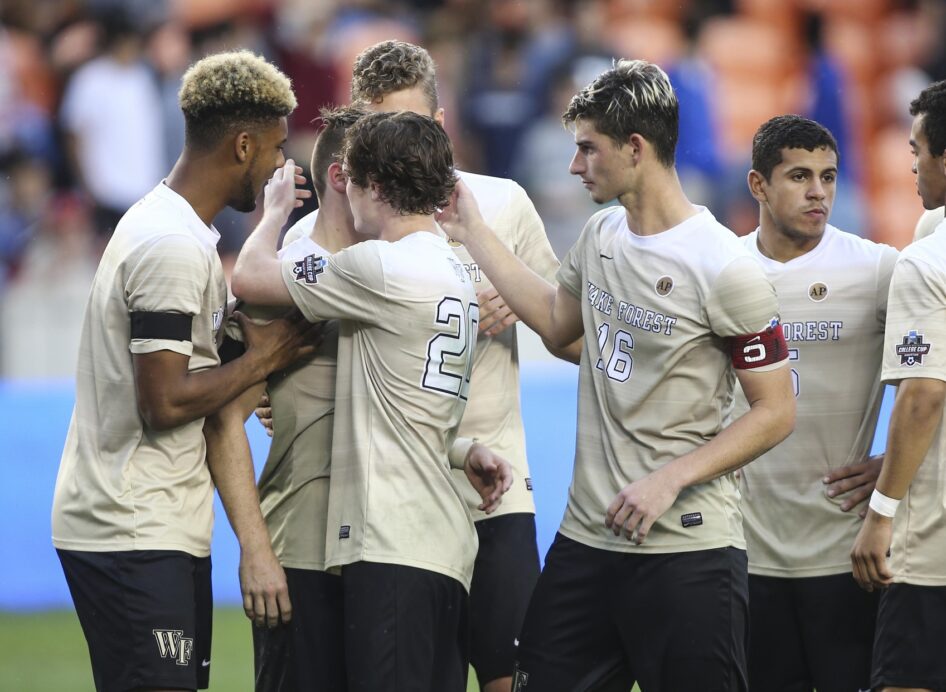 After losing on a heartbreaking penalty kick shootout, a team may use that loss as motivation the following year. Others may forget it entirely since it was in the past and not the present. Regardless if you want to think about it or not, more lessons can be taught from defeat than victory.

The Demon Deacons however lost three huge pieces from that team: goalkeeper Alec Ferrell, and midfielders Ian Harkes and Jacori Hayes. All three were not only First Team All-ACC players, but also First Team All-Americans. Hayes was a first-round pick by FC Dallas in last January’s MLS Draft, while Ferrell was a second-round selection by Minnesota United.

Harkes, the 2016 Hermann Trophy winner, which is given to the nation’s best college soccer player in the nation, signed a homegrown contract with D.C. United.

“It’s always going to be tough to replace your top guys,” head coach Bobby Muuss told SBI. “This provides some great opportunities for new guys to step in and make an impact. We also have several older guys back who are ready for the challenge. It’s going to be a team effort all season long.”

Politz is one of the team captains, and is a rock in the center of the Demon Deacons backline. Dunwell was named to the MAC Hermann Watch list, while Twumasi made the All-Freshman team a season ago.

Joining their fellow senior teammate Politz, midfielders Luis Argudo and Steven Echevarria, and forward Jon Bakero are also seniors that will be relied on this season. Bakero was second on the team in goals last season with seven while Twumasi was third with six. Those two are the returning double-digit point scorers from last season’s team.

“Kevin is going to be our leader and rock in the back defensively,” Muuss said. “Brad is out destroyer in midfield who will work the tempo and will consistently grind out performances. Ema is a difference-maker whenever he is on the pitch, and will play two ways for us. All three of these guys bring something different to our team.”

Other players to keep an eye on this season are sophomore Thomas Menke, junior Sam Raben, and sophomore Joey DeZart. Menke tallied 147 goals in two seasons at Ridge Point High School in Houston, earning unanimous MVP honors for both seasons. Raben has made 47 appearances for Wake Forest since joining his freshman year, while DeZart is having “an excellent preseason” Muuss stated.

Defense will be Wake’s strength, after keeping 14 clean sheets a year ago while also allowing a GAA of 0.46 which was in the top five lowest in Division I.

“We take pride in clean sheets and defense is key,” Muuss said.

“We want to make it hard on our opponents when they have possession, and we want to avoid self-inflicted mistakes. As a whole in 2016 we got better at defensive restarts, and we want to continue that trend in 2017.”

In their 19 wins a season ago, Wake Forest earned 14 at Spry Stadium, their home field. They went 4-0 in ACC play at home, while going 10-1-1 in non-conference play. Their only home loss of the season came in their season opener against Saint Louis on August 26th.

As they prepare for their 2017 season opener against Rutgers on Friday, Muuss stated that his team will “take one game at a time”.

“Last season we started off with a loss, which is tough to bounce back from when you’re playing two days later,” Muuss said. “We would like to get off on the right foot, both us and Rutgers are different from a year ago so it will be tough.”

Wake opens their ACC schedule at Louisville on Sept. 9, before facing Pittsburgh at home a week later. Wake Forest face tough road tests at Louisville, NC State, Boston College, and North Carolina. Eight ACC schools were ranked in the Top 25 last season, while nine were invited to the NCAA Tournament.

With the amount of talent in the conference, Muuss believes that number could increase this season.

“I hope it is a trend that continues with our conference, and we’re going to continue to ride the wave at Wake Forest,” Muuss said. “All of the teams in the ACC face tough non-conference schedules too which doesn’t make it any easier. We have a hungry group of guys that are excited for the opportunity this season.”