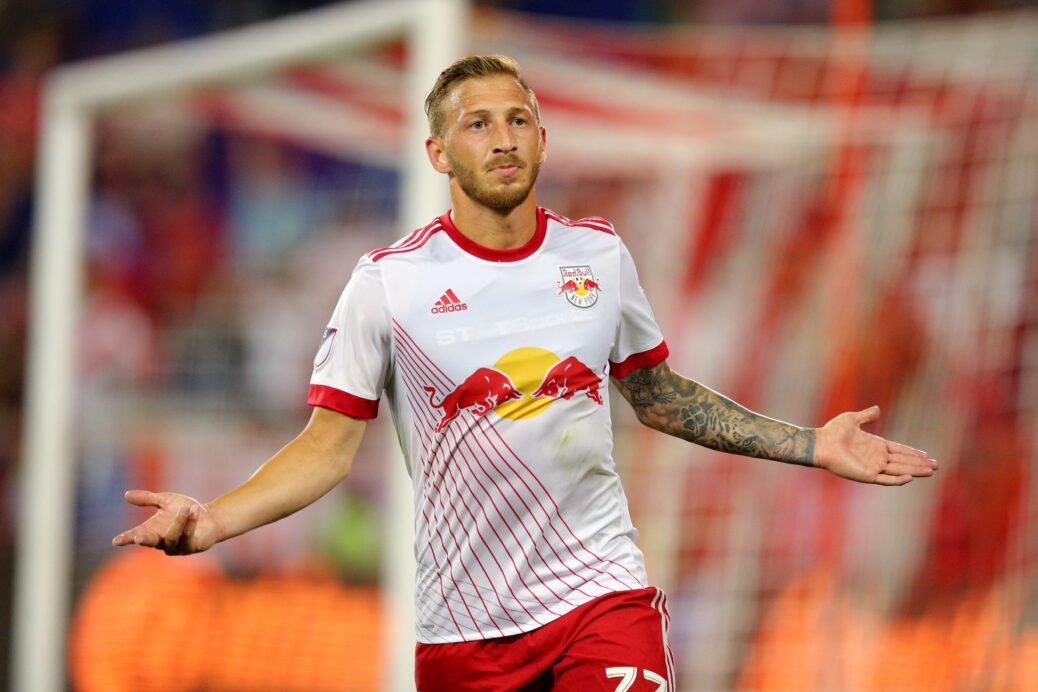 July was nothing short of perfection for the New York Red Bulls. The team went undefeated in all five games, registering 16 goals with only three against in those bouts while earning a spot in the U.S. Open Cup semifinal. Propelling the Red Bulls to a quintessential month was their goal-scorer up top, and for the first time in quite awhile, it wasn’t just Bradley Wright-Phillips carrying the scoring load.

With six goals and an assist in four matches, Red Bulls forward Daniel Royer is indisputably the SBI MLS Player of the Month for July. In just four games, Royer, nearly doubled his season-long numbers. The Austrian waited no time following the Gold Cup break, and made a small contribution of a brace in the Red Bulls 5-1 trashing of the San Jose Earthquakes.

In a jam-packed month with little time to rest, Royer continued his stellar play just three days later, notching a goal and a assist in 68 minutes of playing time against Minnesota United. But that was not the end for the Austrian as Royer netted a brace in the Red Bulls 4-0 landslide victory over Montreal Impact. His hot form remains well intact heading into Sunday’s Hudson River Derby.

Like his team’s dominant performances throughout the month of July, Royer was the clear-cut favorite for this months honors.

What do you make of the 27-year-old forward’s performances in July? Which player impressed you throughout the month of July?