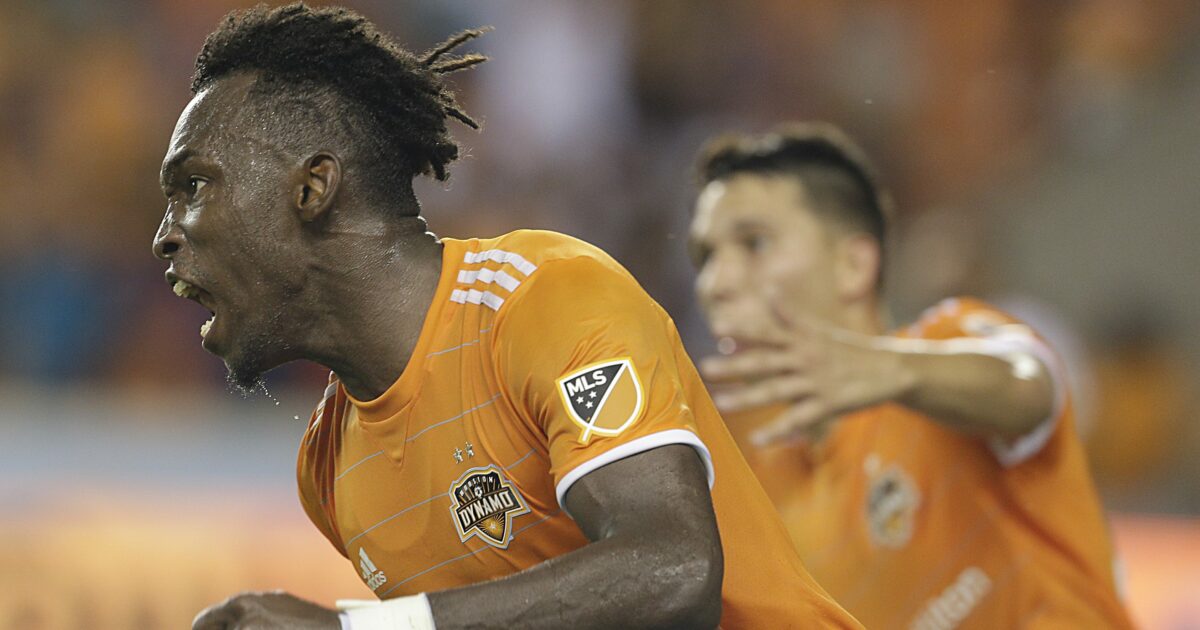 The Houston Dynamo are back in the playoff positions thanks to some late scoring against Minnesota United.

The Dynamo downed the Loons by a 2-1 score thanks to a couple late goals from the Honduran internationals up front to climb back above the red line in the Western Conference.

Both teams exercised some degree of dominance in the first half, but neither side was able to find a goal.

Minnesota held a 60% advantage in first half possession, but only managed to take a pair of wayward shots. The Dynamo, meanwhile, launched ten attempts towards goal despite their inferior possession numbers, but none of them truly tested Bobby Shuttleworth in the Minnesota goal.

That trend continued into the second half, with the Dynamo gaining a some more possession than before. They were able to use that to bag themselves a goal in the 69th minute of play. Alberth Elis rose to meet a Vicente Sanchez cross inside the six yard box for the close range finish to put Houston in front.

They put the match away with another excellent header. this time Sanchez whipped a corner onto the head of Romell Quioto for the finish.

Minnesota would not go away quietly in the dying minutes, however. Sam Nicholson found some space along the left flank, cut inside, and hammered home a long distance shot just after the 90 minutes expired to make stoppage time interesting.

The substitute left back would have another couple tries from distance, but none were as pristine as his first and the Looks would have to settle for the 2-1 defeat.

The Dynamo take the win and jump into a playoff spot in the Western Conference with 43 points. They have three matches remaining, two of which are at home. The next is a midweek clash with Sporting Kansas City on October 11.

Minnesota United are long gone from playoff contention. They continue a busy stretch to end the season on Tuesday night against Atlanta United on the road.

Vicente Sanchez notched a pair of picture perfect assists to lead the Dynamo to victory. The first was a nice long distance cross and the second was a well placed corner.

The Elis goal settled a Houston team that was struggling to finish for most of the night. It proved to be the game winner in a big game.

Minnesota United’s back line struggled to deal with the late. Center backs Michael Boxall and Fernando Calvo will want to have those moments back.