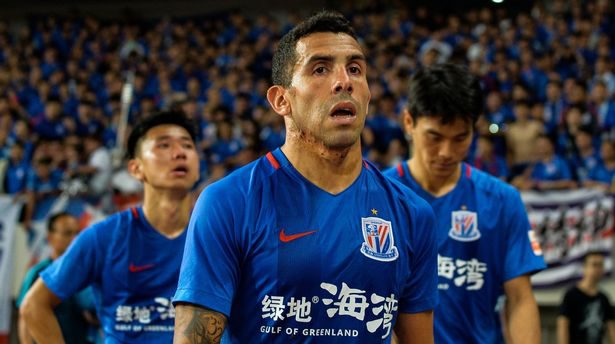 One star was very critical of the country he plays in while a Real Madrid stalwart is set to miss time due to injury.

Carlos Tevez says the state of Chinese soccer is “not very good” and that the players’ lack of technical ability mean the country will not be good “even in 50 years”. (REPORT)

Real Madrid defender Marcelo is expected to miss a few weeks of action due to a leg injury. (REPORT)

After re-injuring his knee in his midweek return, Manchester City midfielder Ilkay Gundogan says the issue is “nothing serious”. (REPORT)

Pierre-Emerick Aubameyang says he had hoped to join Paris Saint-Germain this past summer, but hopes of a move were ended by the hiring of PSG’s new sporting director Antero Henrique. (REPORT)

Manchester United’s executive vice-chairman Ed Woodward says he expects Facebook and Amazon to enter the bidding for the next round of Premier television rights. (REPORT)

In addition, SBI broke down the Eastern Conference race. (READ)

The Ne York Red Bulls have turned their focus towards the postseason following their Open Cup defeat. (READ)