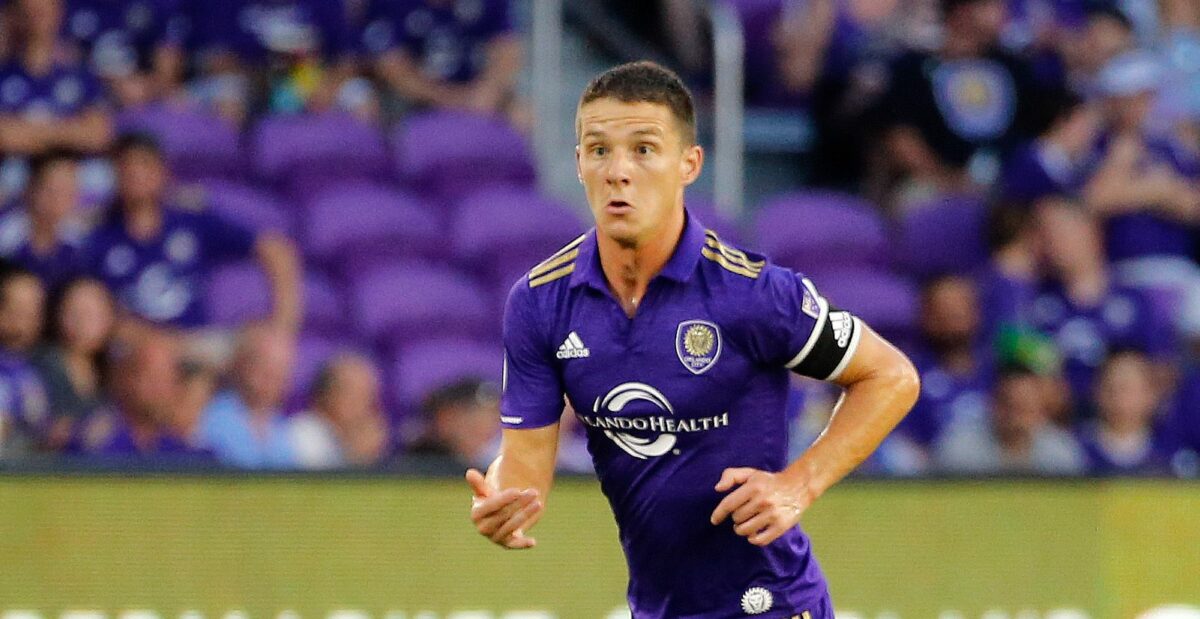 Orlando City midfielder Will Johnson was arrested on Wednesday on a charge of misdemeanor domestic battery after an alleged domestic incident involving Johnson and his wife.

According to the police report — published in part by the Orlando Sentinel — Johnson was booked early on Wednesday morning after his wife accused him of tackling her by “wrapping both of his arms completely around her waist” following an argument. The couple is currently going through a divorce and has two small children.

In a statement released by MLS, the league announced that Johnson has been suspended pending investigations by MLS and the Orlando Police Department.

The veteran midfielder has played in 25 matches this for the Lions after joining ahead of the 2017 season. Johnson has previously featured prominently for Toronto FC and the Portland Timbers in recent seasons after initially making his way in MLS while at Real Salt Lake.

The arrest isn’t the first brush with the law for an Orlando City player this season. Forward Cyle Larin was arrested for DUI earlier this season and missed three games due to the ensuing suspension.

Orlando City returns to action on Saturday with a visit to D.C. United.

The expansio club added 21-year old Argentine forward Rodrigo Pacheco from Club Atletico Lanus of Argentina on loan. He will spend the remainder of 2017 with Orange County SC of the USL before joining the MLS expansion team next season.

“We are incredibly excited to announce the arrival of Rodrigo Pacheco to LAFC,” said LAFC General Manager and Executive Vice President of Soccer Operations John Thorrington. “Rodrigo is a striker with great potential and we look forward to closely monitoring his development with Orange County SC.”

NYCFC’s depth at fullback has been an issue all season, and the club moved to remedy that issue with the signing of an international defender

The club has signed 28-year-old Slovenian international right back Andraz Struna for the remainder of this year with options for the next two seasons. Struna had spend last year with Hearts in the Scottish Premiership and made 13 appearances for them. He also has stops in Greece, Poland, and his home nation of Slovenia.

The defender has earned 25 caps for the Slovenian National Team under his belt.

“We’re entering a really important stretch of the season and I’m pleased that we were able to bring in Andraz at this stage to strengthen our squad,” head coach PatrickVieira said.

“Andraz is an experienced international defender, I’m looking forward to working with him on the training field.”

The Montreal Impact could be without a key forward heading into the home stretch.

The club revealed that Matteo Mancosu broke his hand while training and the gym. It’s unknown how long he will be out.

Mancosu has scored four goals for the club this season.

The third string keeper was one of eight homegrown players on RSL, where has has been since he signed in 2012. He hasn’t made a single first team appearance in that time.

The native of Guadalajara has represented both the United States and Mexico at the youth international level.

The New York Red Bulls have brought in an experienced scout using some corporate synergy.

The Red Bulls named Benjamin Ehresmann their new head of scouting. The Frankfurt, Germany native has experience working in scouring with RB Leipzig, who worked their way up from the lower levels of the Bundesliga into the top flight and UEFA Champions League.

He had been with the club since he joined as a youth coach back in 2009. He was named their head video analyst in 2013.