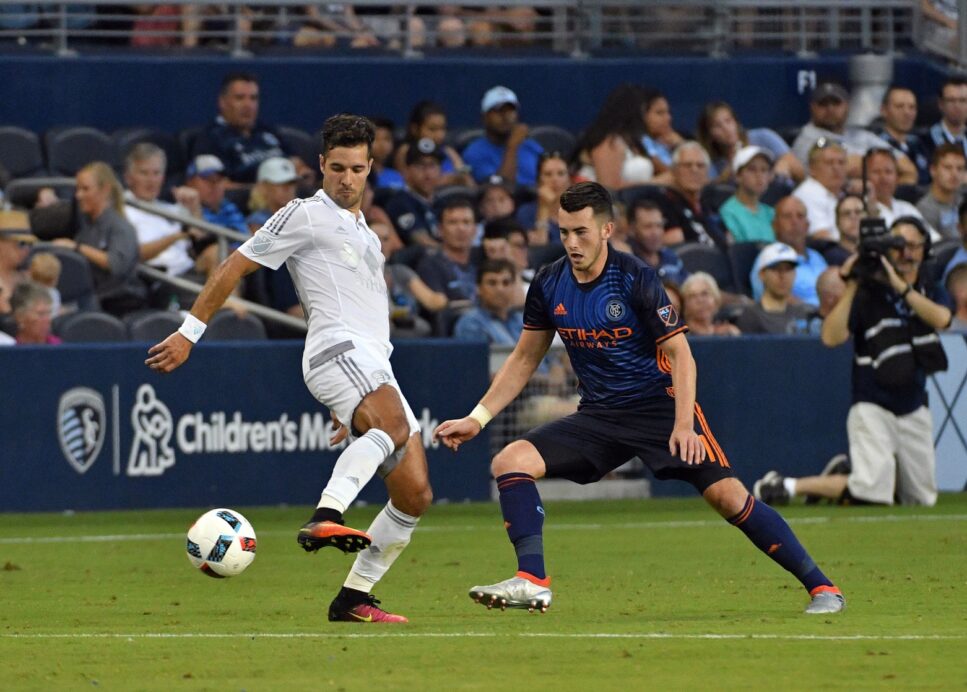 Both New York City FC and Sporting KC have big time playoff aspirations, and the latest stop in the road to the postseason sees the two contenders clash in an interconference matchup.

NYCFC hosts Sporting KC on Wednesday in the lone MLS match of the evening, and it’s one that could help vault either team to a more comfortable place in their respective conference. NYCFC currently sits second in the East, a whopping nine points behind leaders Toronto FC but only three points ahead of the struggling Chicago Fire. Sporting KC, meanwhile, have two games in hand on the conference-leading Seattle Sounders while trailing by just two points.

Both teams will be hampered by absences with David Villa being the big blow for NYCFC, The Spanish star picked up an injury while on national team duty, and NYCFC will have to make due without a forward that has provided 19 goals this season. Jack Harrison and Jonathan Lewis will likely be asked to help pick up the slack while Sean Ugo Okoli could start centrally in Villa’s place. Add in absences of Rodney Wallace, Alexander Ring and Yangel Herrera, and Patrick Vieira will be forced into so major shuffling, especially in the midfield.

Sporting KC, meanwhile, will be without Matt Besler and Graham Zusi, who both played on Tuesday for the U.S. Men’s National Team. Because of that, Saad Abdul-Salaam and Erik Palmer-Brown will be likely asked to step up and help lock down the Sporting KC defense.

A win for Sporting KC would be massive, especially given their road form. Peter Vermes’ side has won just once in their past nine road games while NYCFC is unbeaten in nine straight at home.