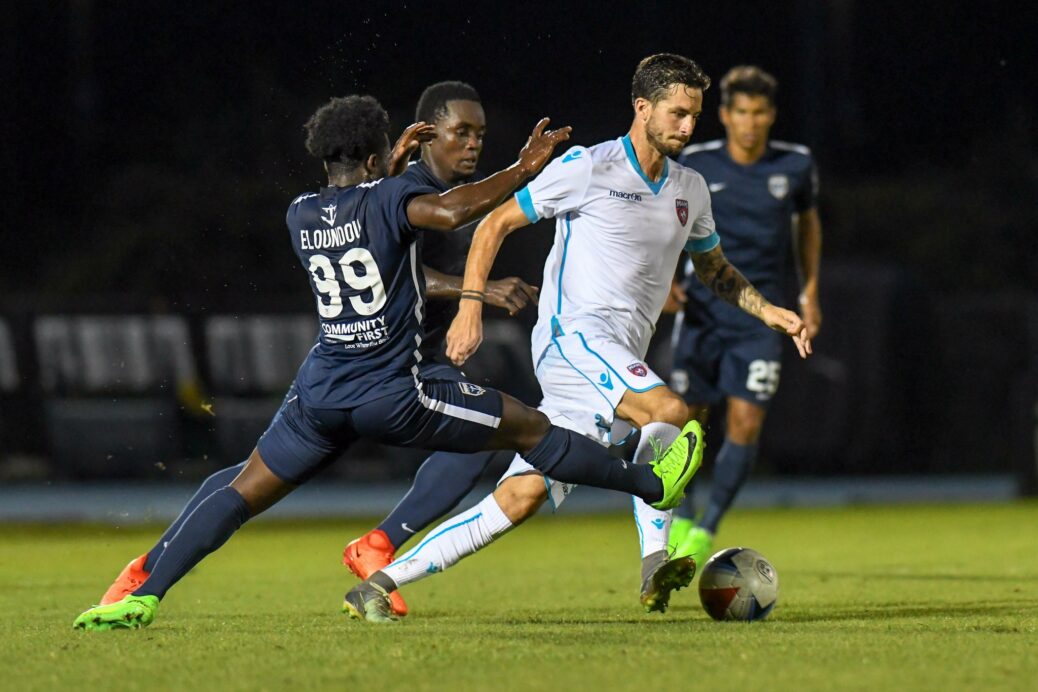 With a little over a month remaining in the NASL Fall Season, the race for the division crown has never been tighter.

This weekend sees some interesting matches take place as San Francisco hosts FC Edmonton on Saturday, while Miami FC heads on a short road trip to Jacksonville a day later. Puerto Rico’s clash with the Indy Eleven has been postponed in wake of Hurricane Maria.

Here is a preview of all of this weekend’s NASL action:

The New York Cosmos will look to get things together on Saturday, welcoming North Carolina FC to town. The Cosmos are 1-2-6 so far this fall, with their only victory coming at home.

Their 18 goals scored so far lead the NASL, but their 19 allowed are also the most so far. Pablo Vranjican leads the Cosmos this fall with four goals scored in eight appearances. North Carolina has found success on the road so far, earning their only two wins away from home.

Lance Laing has eight goals in 2017 and will be the player to watch for the visitors.

In what could be the most-interesting match of the round, San Francisco hosts FC Edmonton. The Deltas’ only loss this season has come at home, and they will look to extend their unbeaten run to three matches.

Thomas Heinemann leads the Deltas with six goals this season, while Romuald Peiser has been a solid force in between the posts. Following a 3-0 home defeat to North Carolina FC on Sept. 10th, FC Edmonton bounced back last weekend beating the Indy Eleven 2-0.

Despite scoring the fewest goals in the NASL this season with 22, Edmonton sit in third place. Dustin Corea has four assists for the visitors this season, and is the player to watch if Edmonton want to snatch three points on the road.

Spring champs Miami FC will be heavy favorites to earn three points on Sunday in Jacksonville. They lead the NASL table with 16 points and have won four of their last five fixtures. Miami is always 3-1-0 on the road this season, while Jacksonville has yet to win this fall at Hodges Stadium.

Miami squeaked past Jacksonville 1-0 back on Aug. 15th and have the top three scorers in the NASL. Stefano Pinho has 11 goals overall and is a pest for opposing defenses. Jacksonville are unbeaten in their last three matches, drawing 3-3 with the New York Cosmos in their last game on Sept. 16th.

Emmanuel Ledesma leads Jacksonville with six goals this year, and will be the man relied on to carry the load against a tough Miami team.