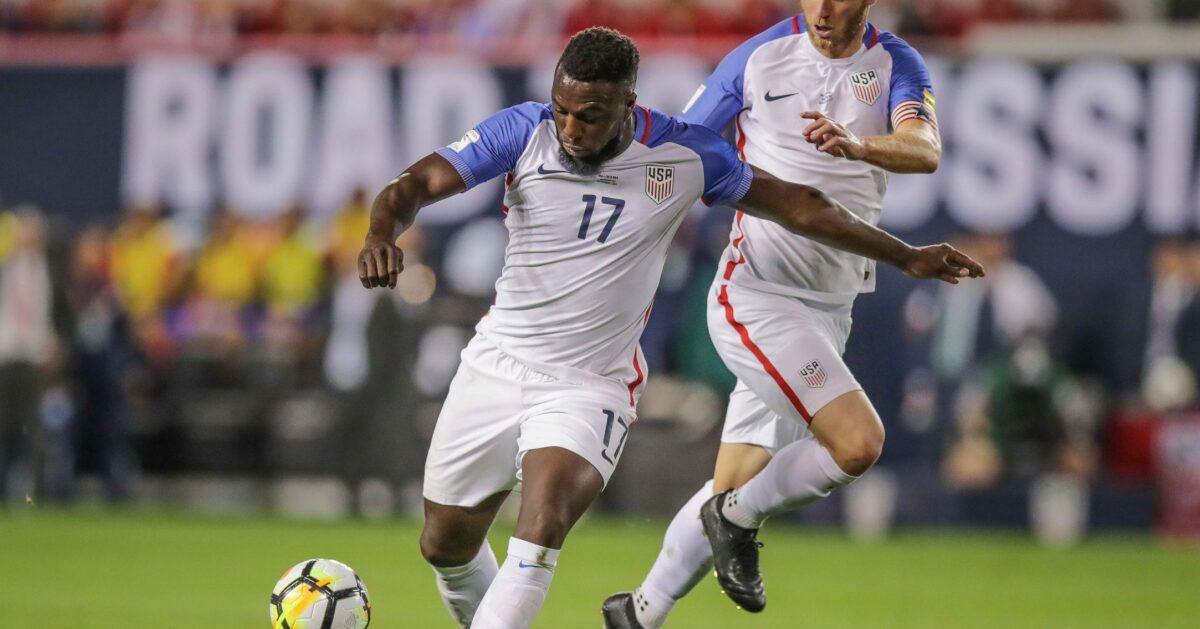 Whether you want to admit it or not, Jozy Altidore is an integral part of the U.S. Men’s National Team. He has a variety of skills and talents unmatched in the USMNT pool, and there are many occasions where his abilities up front open the door for the U.S. attack.

Now, Friday was not one of those matches. Altidore was a part of an ineffective USMNT group in a 2-0 loss to Costa Rica. It was a bad attacking performance all around, but the worst part? Altidore’s looming suspension for yellow card accumulation.

The TFC forward will miss Tuesday’s match against Honduras after earning a yellow card in the second half of Friday’s match. Say what you want about the disciplinary decision, and Altidore had his say, but the fact remains that the forward is out for what is certainly a must-win match.

Altidore wasn’t good against Costa Rica on Friday, but he was very, very good the last time the USMNT took on Honduras in March. The forward was credited with just one assist in the 6-0 mauling of Los Caratchos, but his game was about so much more.

Very often, Altidore has shown his desire to drop a bit deeper, hold the ball and perform as a pseudo-playmaker. He did so flawlessly back in March, helping set up three of the USMNT’s six goals. His ability to drift back opened up acres of space for Christian Pulisic and Clint Dempsey, who combined for four goals and two assists on the day. Pulisic and Dempsey earned the plaudits, and rightfully so, but they couldn’t have done so without Altidore’s dirty work.

That dirty work is gone for Tuesday’s rematch, and replacing it is certainly difficult. Can Bobby Wood check back and hold the ball? Sure, but Wood is at his best when he’s making more direct, targeted runs while hassling and harassing the backline. Wood is certainly a player that can play with his physical tools, but they don’t match up to Altidore’s. The TFC forward is also a more complete passer of the ball, and that was on full display with Wood’s lackluster performance on Friday.

Clint Dempsey could probably fill the role, but his style is certainly much different than that of Altidore’s. Dempsey also likes to drop deep and facilitate, making him the most likely addition to the spot. He’s not as physical as Altidore, but his technical ability does give him some edge. Is Bruce Arena prepared to utilize him for 90 minutes? In normal scenarios, it appears not, but Altidore’s suspension certainly changes the plan.

It could also change the team’s overall set-up. Arena could opt to play the Dempsey-Wood tandem as part of a standard 4-4-2, but that system was battered and broken against Costa Rica last time out. He could opt to tuck Pulisic inside and play more of a diamond like the USMNT did back in March, but it’s certainly a risk to play only one real defensive midfielder on the road, regardless of the opponent. A 4-3-3 is also on the table if Arena wants to leave Dempsey on the bench while allowing Pulisic to flourish in a more comfortable wing position.

Regardless of how Arena opts to assemble the USMNT, it’s a picture that requires reshuffling with Altidore’s absence. He has a presence that can’t truly be replaced, and Tuesday’s match becomes an even bigger test because of that fact.