Revs shocked by early goal, ready to move on from 7-0 defeat 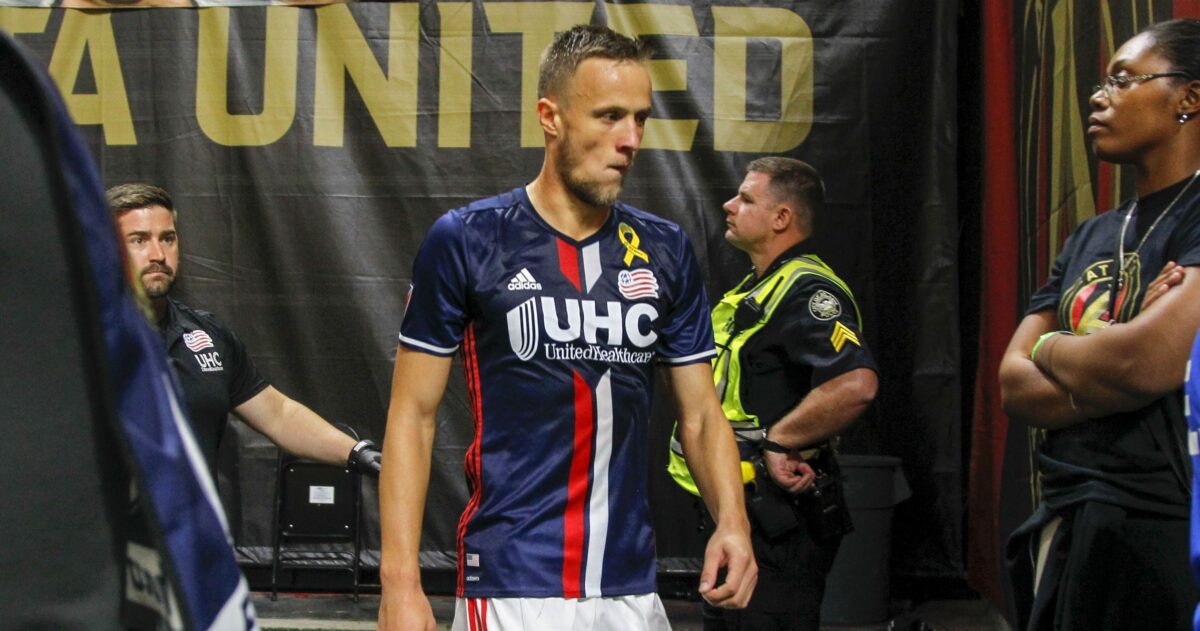 Wednesday was a rough night for the New England Revolution.

They went into the shiny new Mercedes-Benz Stadium and got trampled on by an Atlanta United team riding high and steam rolling towards the playoffs. They were down 1-0 before they could blink, down two men before they could truly recover from that instant attack, and they sauntered into the locker room for half time down four goals with a pair of red cards leaving their side out numbered and demoralized.

“I have honestly never seen anything like that. I think that caught us all by surprise,” said Revs goalkeeper Cody Cropper. “We were put in a bad situation and that’s just how it went.”

That bad situation started with a second minute goal scored by Josef Martinez, followed by a VAR assisted red card dished out to Je-Vaughn Watson for stomping on the back of Yamil Asad’s ankle. VAR came into play twice more in the second half, both times awarding penalties to Atlanta and once resulting in a red card to Antonio Mlinar Delamea, who blocked a shot with an outstretched hand in front of goal.

Revs head coach Jay Heaps felt VAR “overstepped what they think they should be doing,” but that’s not what sent the entire match into chaos.

“I think the biggest mistake that we had tonight was giving up the goal in the first minute,” he said, “because we were prepared for them — ready for them — and we took a bad approach to that first goal. That’s unfortunate because that derailed the rest of the game.”

The three additional goals allowed and the red cards made for a difficult half time message and Heaps couldn’t help but pull out a tired cliche.

Cropper was more focussed on just getting through the final 45 minutes.

“At that point, at halftime, it was never going to go our way,” he said. “Our goal was to get through the game and best-case scenario walk back in at the end of the game losing 4-0.”

The Revs conceded thrice more in the second half, but Cropper was still able to pull some positives.

Heaps was also proud of his men for not rolling over after the break when all was already lost. “I was actually really proud of the guys — the way we came out of the second half. It was close to the 70th minute before they scored.”

Those positives and small points of pride won’t do much when the team gets wrecked 7-0 without even attempting a shot, however.

“For us, this game is done. It is in the past and we — as a group — have moved on,” Cropper concluded. “We need to take care of our bodies, recover mentally and just forget that this game happened. We play them again and we can focus on that then but right now, we are focused on (Sporting) KC and going there and getting three points.”