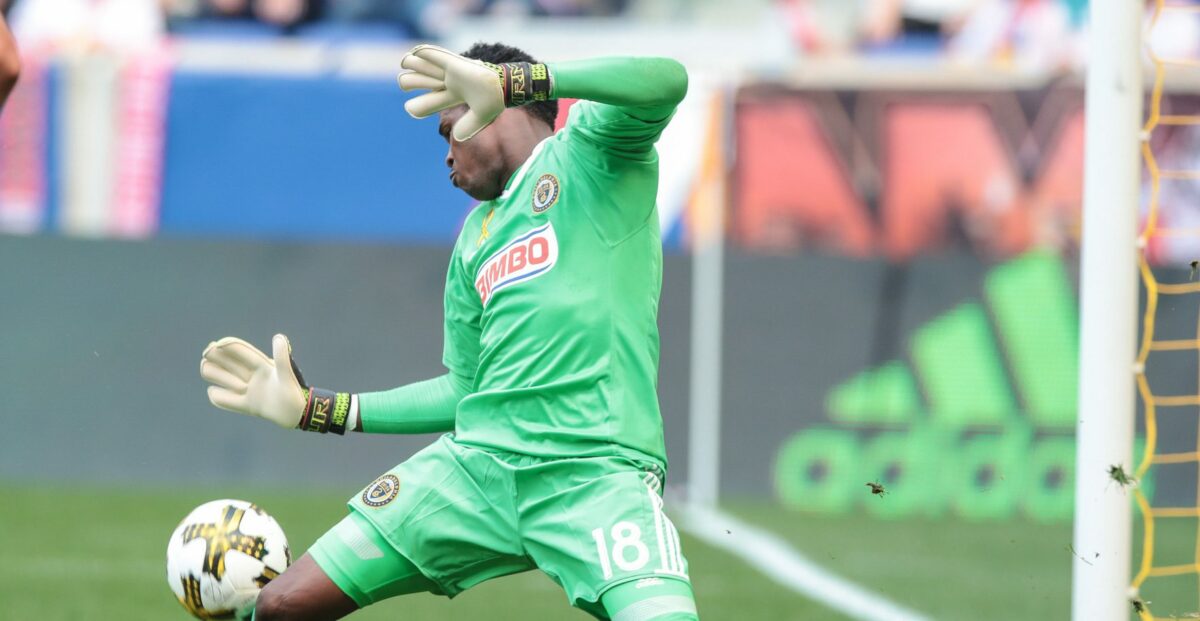 The Philadelphia Union walked out of Red Bull Arena on Sunday with unfavorable statistics. They had six shots to the New York Red Bulls’ 16. They recorded two of those shots on target, while their opposition had eight. The Union had two corners total, while the Red Bulls tallied 11. The away side also lost in the battle of possession, 39% to 61%. Yet, neither side managed to score a goal, leaving the visitors with a point for their troubles.

The key to uncovering how exactly they left with a point lies in looking at a statistic that actually favors the Union: saves. The Union’s goalkeeper, Andre Blake, recorded eight total saves compared to counterpart Luis Robles’ two.

Those eight saves paved the way for the Union to record their eighth clean sheet, and first since July 26 in a win over the Columbus Crew.

“It’s as poorly as you can play and keep a shutout,” Union head coach Jim Curtin said following his team’s draw. He highlighted the first half in particular, saying his team “panicked” against the Red Bulls and their high press style. “We started to just hump balls forward, and then that became just forcing us to defend.”

That first half saw the Red Bulls record 12 of their 16 shots, and seven of their eight shots on target. Curtin gave credit to his entire backline, saying that they corrected their first half mistakes in the second half, but as he put it, it was Andre Blake that kept them in the game.

As for the match, the goalkeeper noted that “it wasn’t our best first half,” but knew he had a crucial role in securing his team any points. “I said to myself, if I’m able to stop them from scoring … it’ll be very good for us because then we can get one goal and win the game,” the goalkeeper added.

The Union, of course, did not do that, and while Blake, along with his coach, acknowledged that the second half was much better for his side than the first, the Red Bulls managed to get close to goal, anyway.

There was a pivotal moment midway through the second half as Sacha Kljestan took a freekick close to the penalty area that forced Blake into making a save, and then a second after Bradley Wright-Phillips attempted to score from the rebound.

“I knew that was going to be very tough for me,” Blake said about that moment. “I knew [Kljestan] was just going to try to hit it as hard as he could. I just tell myself I have to be ready for whatever. … On the first ball, I was able to get it [in] the danger zone, and therefore, I was able to make the second save.”

Though he was the hero of the day, the reigning MLS Goalkeeper of the Year tossed some credit to the defenders playing in front of him, much like his coach. “We got a shutout,” Blake said. “It’s not just me, it’s the entire team.”

Richie Marquez, though, gave the credit back to Blake, calling him a “phenomenon.” As he said, “it’s always easy to have somebody like that behind you.”