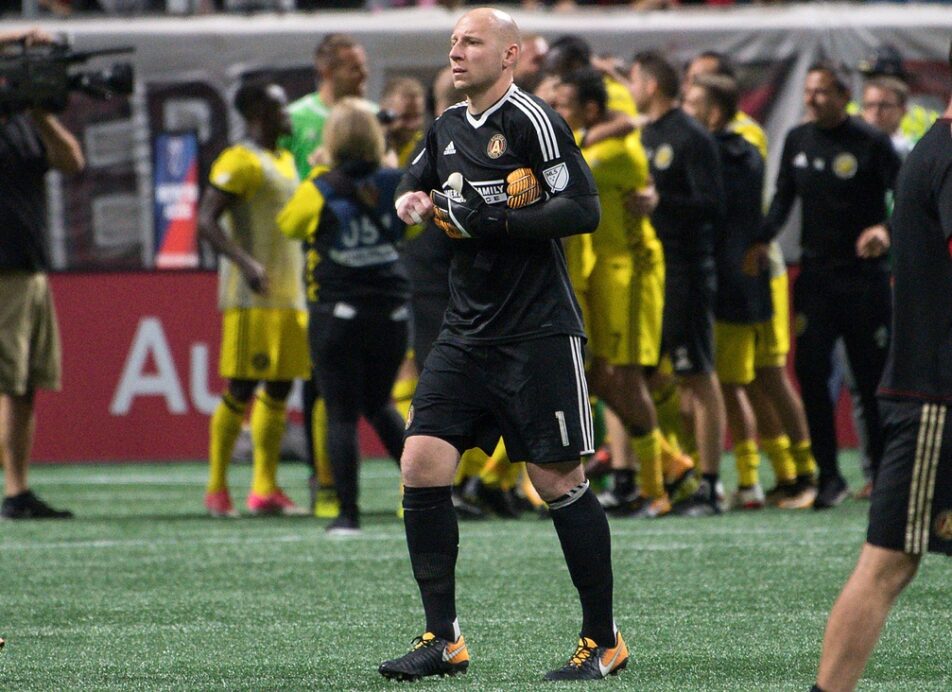 It’s hard to feel a sense of accomplishment in the lowest moment of the season, but that’s what Atlanta United tried to do on Thursday night.

After thriving in front of their home crowd at Mercedes-Benz Stadium for the second half of the regular season, the Five Stripes fell short in the Eastern Conference knockout round and were dropped out of the postseason on penalties by the Columbus Crew.

“It was a great first season,” Atlanta defender Michael Parkhurst said. “I’m going to look back on it with a lot of pride, a lot of joy, a lot of great memories. It’s just amazing to play in front of this crowd on a weekly basis or a biweekly basis. It’s really indescribable. The amount of support that we’ve gotten throughout the season has just been fantastic and we couldn’t ask for more from the city of Atlanta.”

But for as good as the expansion season was, the club felt like it could’ve achieved more.

“But once we formed the team that we did with the players we had, that’s all we can classify it as: a good season,” Martino said. “Because once we had the players and all the talks we had among ourselves in the locker room, this team wanted to go a lot further.”

It’s hard not to blame Martino for thinking that way, especially with all of the chances the team created over 120 minutes. But the Five Stripes could not beat Columbus goalkeeper Zack Steffen, who also came up big with a pair of penalty denials.

“He’s been playing really great lately,” Atlanta midfielder Julian Gressel said. “He made good saves in the game, and when it comes to penalties, we knew that he was a good keeper in penalties, but unfortunately, we weren’t able to score enough of those.”

Penalties were a particularly disappointing aspect of Thursday’s defeat, as Steffen stopped shots from Gressel and Leandro Gonzalez Pirez. Normally, a team would practice penalties once or twice with knockout games ahead, but the Five Stripes barely put that to use in their training sessions.

“To be honest, I have to say no, we didn’t talk about penalties,” Martino said. “I think we had the expectations that if it went to penalties we would be able to take them, but as I said the other day in training it’s really tough to recreate those pressure situations in games.”

The heartbreak, and the criticism about not finishing chances, will linger for a few weeks, but that doesn’t take away the incredible achievements the expansion side earned in Year 1. As crazy as it sounds, the 2017 season was only a foundation for what is to come in Georgia.

“The people, the support that we’ve gotten – it’s been incredible,” Parkhurst said. “That’s what we’re going to remember most that we built this fan-base. Hopefully, they’ll be back again next year and we can continue to keep building and building and make sure that we cement it for a long time.”