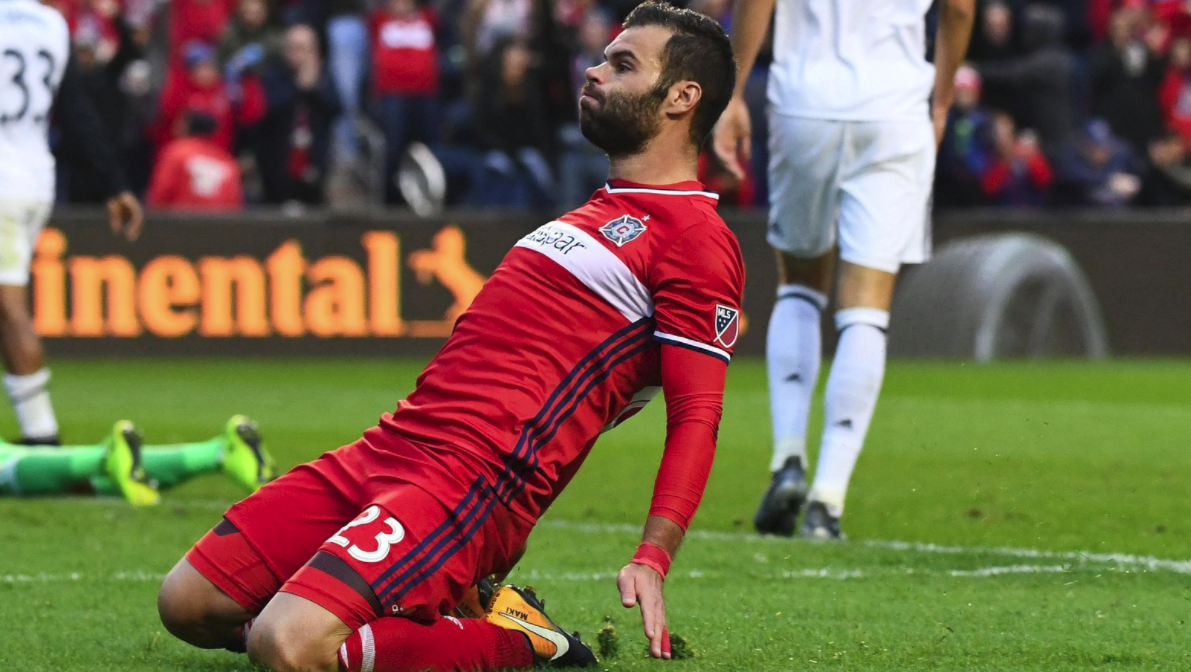 The second to last week of the MLS regular season was one filled with highlight reel goals and standout performances from the biggest names in the league.

Here’s a look at the best moments from week 33 of MLS play:

Nemanja Nikolic singlehandedly lead the Chicago Fire to victory over the Philadelphia Union on Sunday afternoon. The Hungarian international bagged a hat trick to bring his goal total to league leading 24 on the season.

He started the scoring before three minutes were up. He added another from the spot in the 64th minute to level the score before finishing off a Brandon Vincent pass in the 78th to seal the victory.

The Newcomer of the Year candidate has the Fire in third place in the Western Conference and able to catch New York City FC for the coveted second spot in the standings and a first round bye in the playoffs.

The Seattle Sounders emphatically secured their return to the playoffs by destroying FC Dallas by a 4-0 score. Will Bruin scored twice, Victor Rodriguez and Lamar Neagle added the other two, and the Sounders now find themselves within striking distance of a first round bye in the Western Conference playoffs.

They finish their season at home against Colorado Rapids, where a win combined with the Portland Timbers dropping points to Vancouver would allow them to skip the knockout round of the playoffs.

The Whitecaps were unable to hold onto all three points against San Jose on Monday, but they did get another solid performance out of rookie right back Jake Nerwinski. The seventh overall pick out of UConn assisted on Yordy Reyna’s opening goal in the 29th minute and remained stout along the back line, winning two aerial duels and completing four out of four tackles.

Nerwinski’s Whitecaps need a win or draw next week in Portland to secure the top spot in the Western Conference playoffs.

Sebastian Blanco scored twice for the Portland Timbers when they waltzed past D.C. United 4-0. Both were amazing efforts, but this outstanding curler from outside the box takes the cake this week.