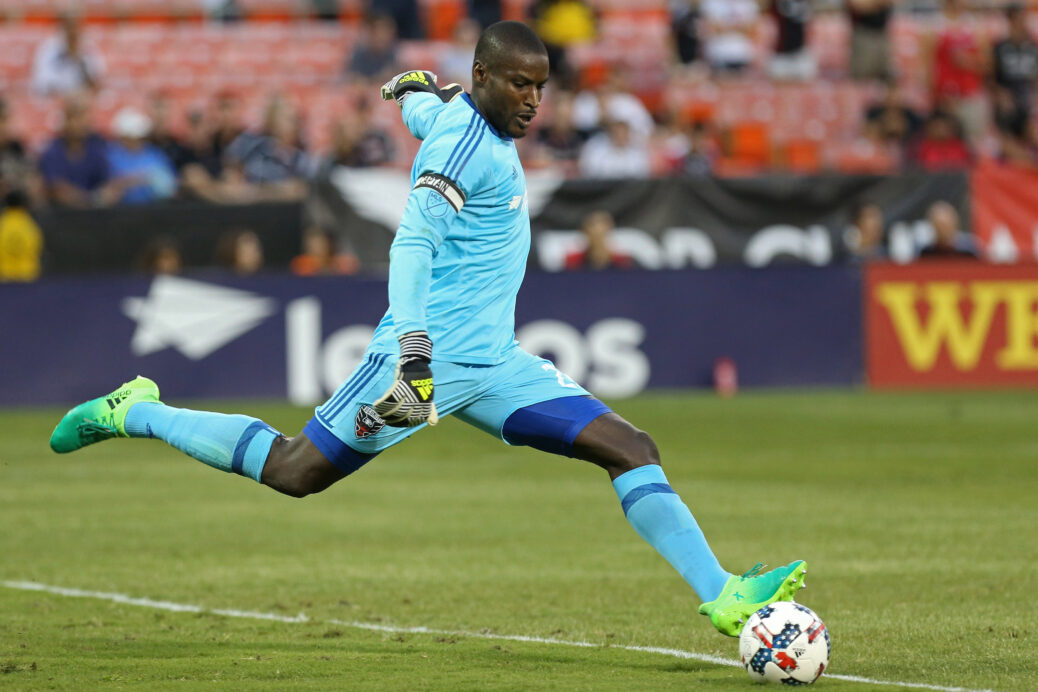 Sunday will be goalkeeper Bill Hamid’s final game with D.C. United, at least for the foreseeable future.

The club’s longest tenured player will leave at the end of the season after weighing extention offers from the club and considering other options for his future.

“I want to push myself and see how far I can go because I know I have the work ethic and the hunger to take myself very far in this game,” Hamid told the Washington Post. “I know I can make it to the next level.”

He would not make a specific comment on the next step in his career, but a move to Europe appears inevitable, with FC Midtjylland in Denmark said to be the leading candidate.

“I think you are going to find out in the next 48 hours,” he added. “I am extremely excited for what’s next. It’s a big opportunity. It’s a big steppingstone to what can come later on in my career.”

Hamid has been a D.C. United staple for most of the past decade. He’s been with the club since 2010 after coming up through the club’s academy. He’s played in at least 24 games in all but his first season with the club. He’s been to the playoffs four times, alhough they never got out of the conference semi- finals. He was MLS goalkeeper of the year in 2014. He holds the club record for starts and appearances with 184 and has 49 clean sheets.

He has also been capped by the U.S. Men’s National Team three times, most recently in last summer’s Gold Cup group stage finale against Nicaragua.

D.C. United will not be paid a transfer fee because Hamid is leaving as a free agent, having played out his country. The team will reportedly retain his MLS rights after offering him a contract. He is one year too young to be eligible for MLS free agency, with is also a likely reason for his departure to Europe.