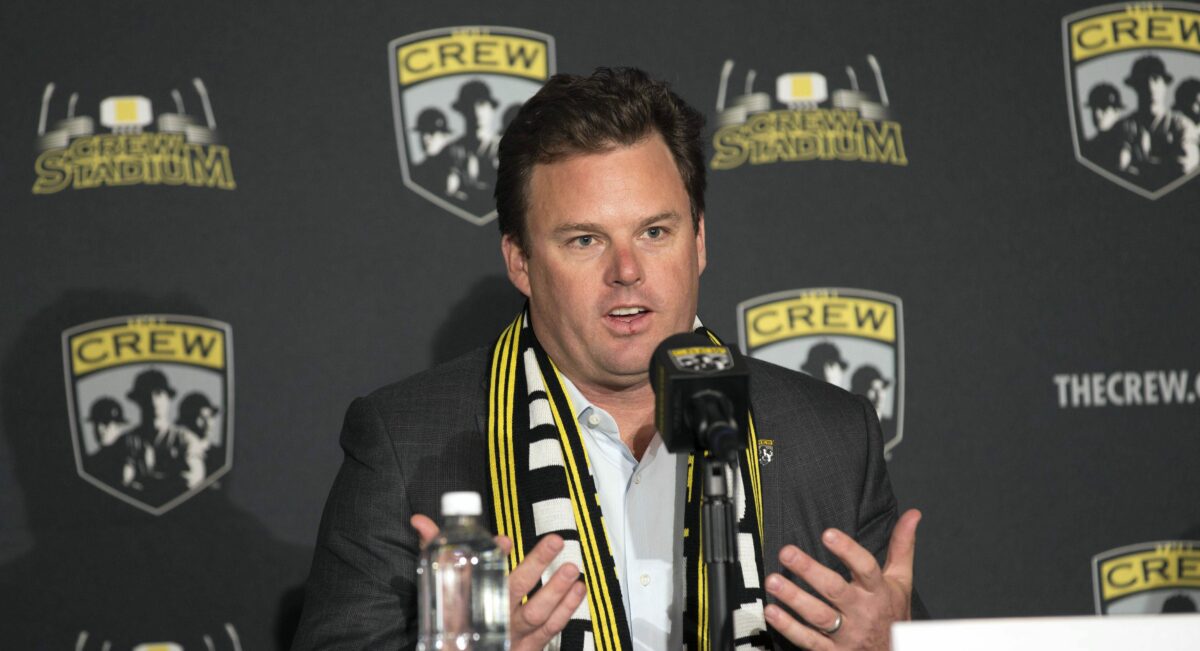 Anthony Precourt has made things pretty clear: he wants his Major League Soccer franchise to be successful, whether it stays in Columbus or moves to Austin.

The owner/investor of the Columbus Crew addressed reporters on Tuesday and made it clear that the current state of the club as a business is not working.

Although there is plenty of concern in Ohio, Precourt at least confirmed the franchise will remain in Columbus next season.

“This is just the beginning of the process and we look forward to exploring the opportunity,” Precourt said. “We will be playing in Columbus in 2018 and we’re just kicking things off. There is no good time to make this sort of announcement. I understand that. The timing should underscore the seriousness of our actions here to realize our ambition.”

However, when it came to talking about the specifics about a move to Austin, Precourt was only willing to say this is the first step in the process.

“Nothing is set in stone,” Precourt said. “We’re just getting started with this process. I’m not going to comment on specific stadium sites at this time. Major League Soccer has learned over our history that operating in the urban core where the most people can enjoy and access the facility is important. A downtown location is important.”

A move from Columbus to Austin may seem like a lateral move in the eyes of some, with both towns being dominated by collegiate sports, but Precourt spoke with excitement about how Austin could succeed based off recent success stories in MLS.

“Austin is the largest metropolitan area in North America without a major league sports team,” Precourt said. “It has a growing national and international presence. It has a strong multicultural population. It’s millenial, it has a robust economy. We’ve long thought of Austin as a potential ideal fit for a Major League Soccer team and the most attractive, untapped market in the United States for Major League Soccer.”

“We’ve seen new markets be really successful in MLS,” Precourt added. “Our recent expansion has been a tremendous success and there is a receptivity to MLS 3.0 and new markets. We’ve got 22 years of operating history in Columbus and we’ve tried really hard over the last four and a half years to improve this club and I’m going to continue to work hard to improve this club. That’s my goal. Our ambition is to be successful on and off the field and be a standard bearer for MLS and we’ve tried very hard to do that in Columbus.”

One thing Precourt committed to on Tuesday was the private financing of a soccer-specific stadium in either Columbus or Austin.

“This is about building a world-class soccer-specific stadium,” Precourt said. “It’s going to privately financed so we’re not asking for public tax dollars. I did not ask Columbus for anything. We need to make that step as a club.”

As for what is next for the Crew in the immediate future, Precourt is still excited about the potential the club has to win MLS Cup this season, and he also believes the talk of a move won’t distract the players in October and November.