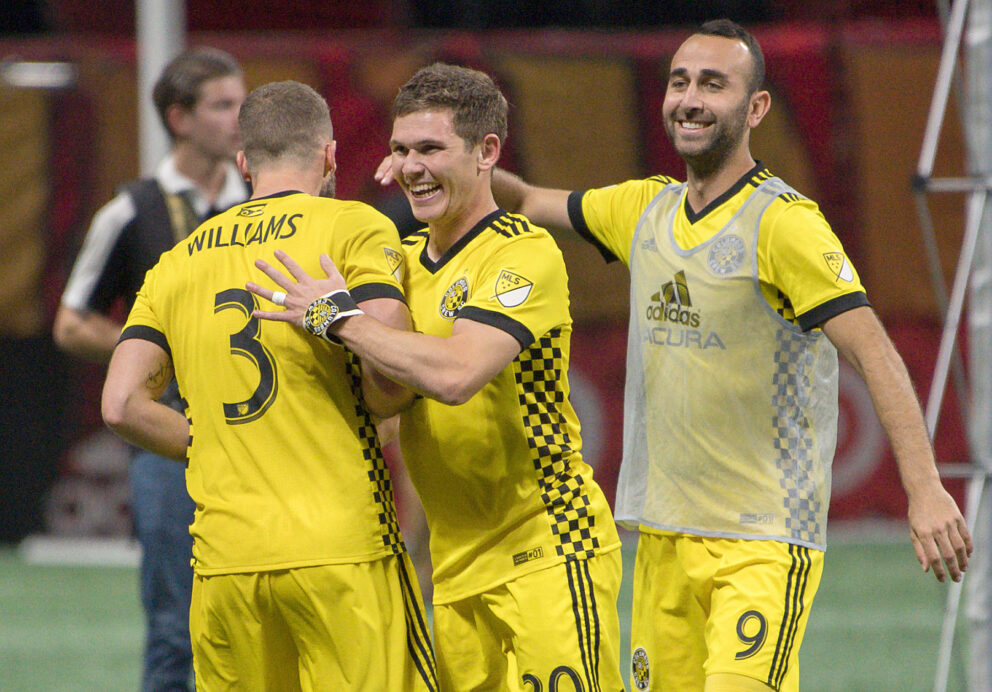 It’s certainly not a stretch to say its been a tough week for the Columbus Crew. As relocation rumors swirl, much of the focus had been taken off of the team’s late-season run due to off-the-field news and a potentially grim future in a city that has been one of the stalwarts of American soccer for years.

Throughout those years, the Crew have created plenty of memories and big moments. On Thursday, they provided a much-needed big moment to a city and club with a very uncertain future together.

Facing a winner-take-all knockout match, the Crew battled and battled throughout 120 minutes against a favored Atlanta United side. When those 120 minutes were up, and penalty kicks were finished, it was the Crew that stood victorious, capping an emotional week with an equally emotional victory away from home.

Heading into Thursday’s match at Atlanta United, the Crew were very much underdogs, even if Atlanta had been sputtering a bit in recent weeks without Miguel Almiron. Given the raucous atmosphere via the 65,000+ at Mercedes-Benz Stadium, the Crew faced a tough test against Atlanta’s talented attack.

For much of the 120 minutes, they went toe-to-toe with that attack, generating plenty of chances of their own. A first half goal was incorrectly ruled offside. The crossbar was hit several times. Harrison Afful was inches away from a winner before former Crew captain Michael Parkhurst cleared it away.

By the time it got to penalty kicks, though, there was reason to be confident with Zack Steffen leading the way. The young goalkeeper made two saves in the shootout, sealing a result many saw as an upset.

“We relish the idea of knocking people off,” said captain Wil Trapp. “If you want to doubt us, to not believe we can come in and make some noise, then we’ll see what happens. For the most part, it’s more of a motivation factor of everything. Our team did an excellent job of just rallying.”

They’ll have to rally again on short rest. After 120 grueling minutes of emoitional soccer, the Crew need to recover, rebound and refocus on an NYCFC team they’ll face for the second time in a little more than week.

But, after weeks of uncertainty, MAPFRE Stadium will host at least one more game this season.

“We’re just excited to play in front of our home crowd,” Trapp said. “They deserve it, and we’re happy we can give it to them.”

“We’ll see,” added Federico Higuain. “Now, it’s time to recover and it’s time to win the next couple of games.”