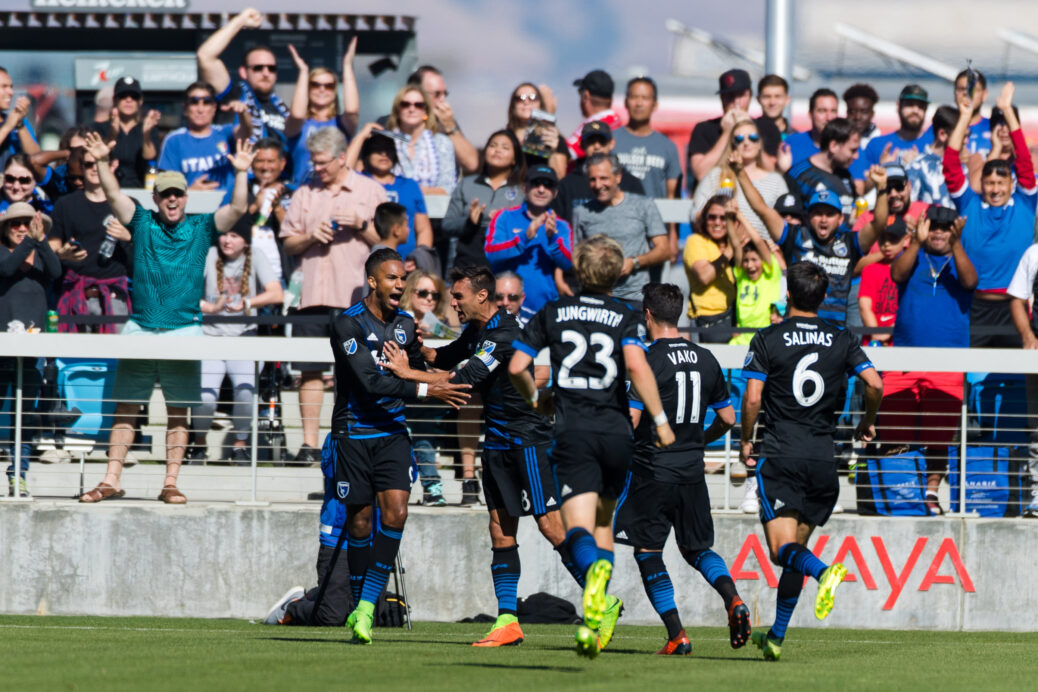 Following five years of misery in the Bay Area, the San Jose Earthquakes have punched their ticket into the 2017 playoffs.

And yes, it was a cathartic San Jose-esque finish.

Chris Leitch and co. had all odds on their side but, first, they had to get through a resilient Minnesota United. When all was said and done, Avaya Stadium roared like never before. With a stoppage-time tap in from Marco Ureña, the Quakes edged Minnesota United 3-2.

The Costa Rican forward’s goal came minutes after his countryman and Loons captain Calvo buried a header of a late corner kick.

It didn’t take long for things to get started. In the 15th minute, Calvo’s blunder allowed for Danny Hoesen’s one-on-one with Bobby Shuttleworth, which was calmly executed by the Dutchman.

The Loons didn’t back down. In the 35th minute, Jerome Thiessen’s curling rocket to the top right bin was simply too much for Andrew Tarbell.

The game continued to showcase both sides exchanging blows, and raising the nervous tensions to all-time highs as other Decision Day results had the Quakes out of playoff contention.

But Chris Wondolowski continued to play hero for his hometown side. In the 55th minute, the Quakes captain delivered a trademark goal inside the box as he maneuvered his way around the Loons backline and gently tapped in Hoesen’s emphatic service.

The Quakes will take on the Whitecaps in their first playoff game since their 2012 campaign, while the Loons wave goodbye to their first season in MLS.

Hoesen, the Quakes second leading scorer behind Wondolowski, was too much to handle for the Loons backline as he played a role in both goals with a goal and assist.

Following impressive performances from Hoesen, Ureña had fallen out of favor as Leitch’s first option at striker, but the Costa Rican’s passion all paid off in the end. The No. 21’s tap in inside the six-yard box in the last gasp was the Quakes most significant goal of the season.

It was a rare starting nod for Sam Nicholson, and his product on the field explained why. The midfielder, who featured for 67 minutes, was nowhere to be found for the Loons when needed.