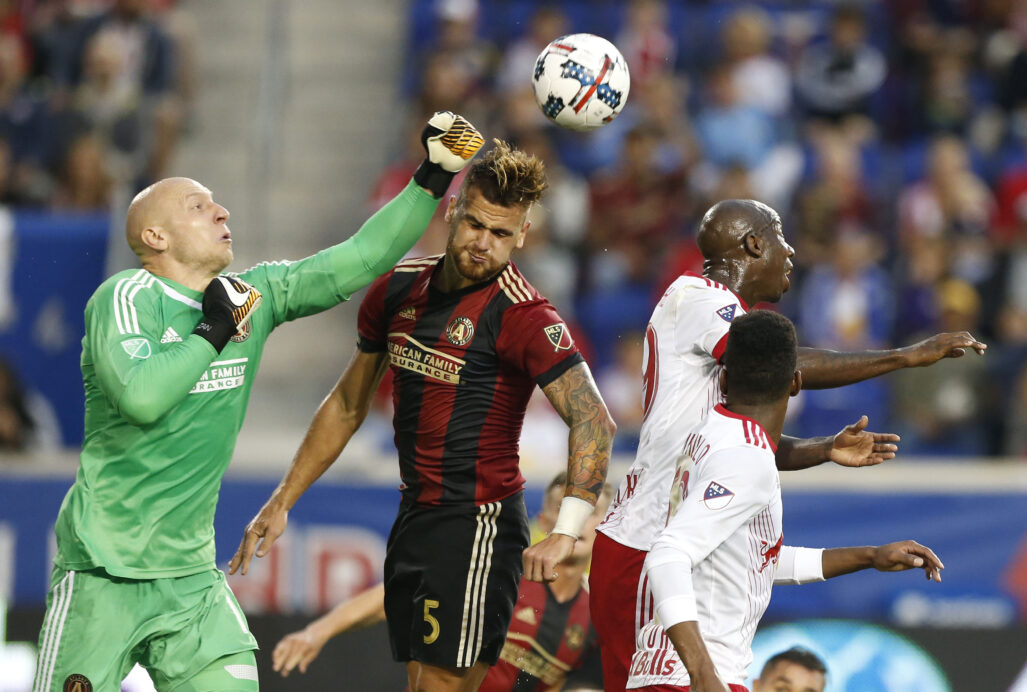 The New York Red Bulls and Atlanta United FC each proved to be in playoff form in a potential wild card preview Sunday night.

Despite the scoreless draw, both teams showed a clear plan of attack and a relentless attack that has each side looking like a strong playoff opponent for any team in the Eastern conference.

While the play of Brad Guzan and Luis Robles stole the show, the game did not leave fans wanting on the offensive side of the ball. The Red Bulls matched Atlanta stride for stride on the night, canceling each other out.

Atlanta was so effective through the first 30 minutes, they heavily out-possessed the Red Bulls, something few teams can do, especially at Red Bull Arena. Despite the hot start, Atlanta could not capitalize on a number of big chances. For his part, Luis Robles stood strong in net keeping the visitors off the board.

By the end of the first half, the Red Bulls had found solid ground and clawed their way back with Sacha Kljestan hitting the post just before halftime.

The Red Bulls benefitted from their slow start monumentally as Atlanta began to show signs of fatigue by the end of the first half. The Red Bulls failed to open the scoring, though they forced Brad Guzan into a number of big saves.

With New York City FC losing on the road to the New England Revolution, Atlanta (15-9-9) had an excellent opportunity to climb into the second seed in the Eastern conference, but will have to wait until next week to find out their playoff fate.

The Red Bulls (13-12-8) will remain the sixth seed heading into the final weekend of the regular season. It is a strong finish to the year for a team that struggled mightily at times this season.

Brad Guzan came up huge for Atlanta as the Red Bulls began to take control of the game. It’s easy to think this match could have been a comfortable win for the home side without him.

Brad Guzan’s save on Bradley Wright-Phillips on what should have been a tap in was masterful.

The Red Bulls offense did well to create chances, but often found themselves trying to pass the ball into the net to no avail.