RSL remains in playoff hunt despite falling to Rapids 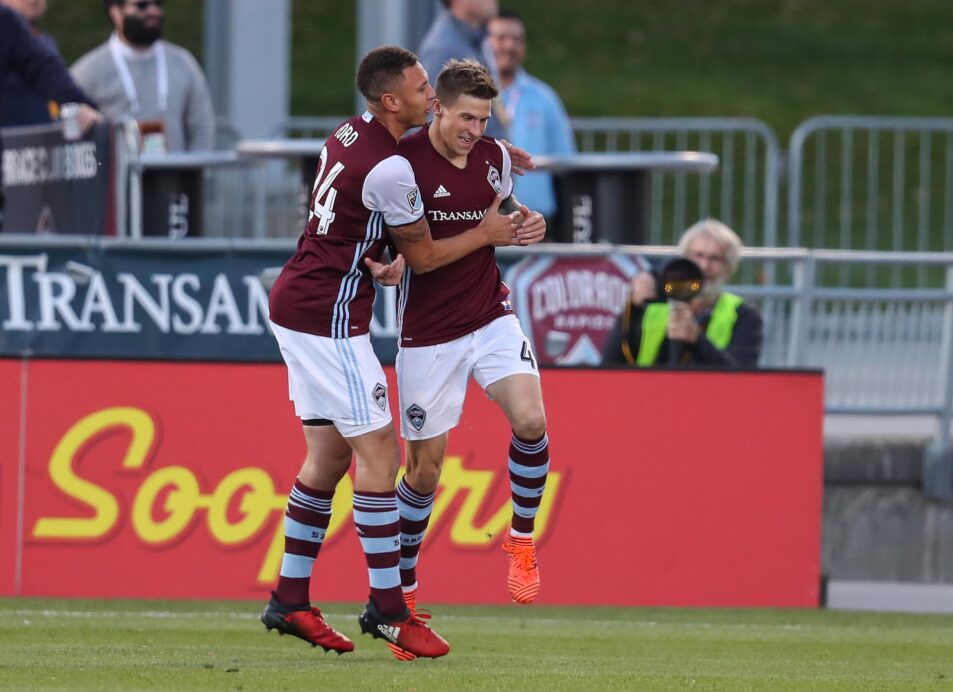 Real Salt Lake has made a valiant push towards the postseason, and it will extend one more week despite a loss to the lowly Colorado Rapids.

Due to the Seattle Sounders’ win over FC Dallas, RSL’s hopes stayed alive despite a 1-0 loss to the Colorado Rapids on Sunday at Dick’s Sporting Goods Park. Heading into the final week, RSL will sit two points behind FCD while the San Jose Earthquakes also remain in the mix.

The game’s lone goal came in the third minute through Josh Gatt. On the end of a pass coming from the midfield, Alan Gordon flicked the ball into the path of Gatt, who broke free in the box. Gatt fired a simple finish, providing the lone goal needed to seal the win.

On the other end, Tim Howard bounced back from this week’s U.S. Men’s National Team disaster with a strong performance. Howard provided five saves, including a strong diving stop of Luke Mulholland early in the match.

Now, RSL looks ahead to a match against a Sporting KC team that has already clinched. The Rapids, meanwhile, face off with a Sounders team still jockeying for playoff positioning.

Tim Howard had a strong game in goal for the Rapids, making five stops to preserve the clean sheet.

Josh Gatt’s early opener set a tone in a match where the Rapids played spoiler.

Albert Rusnak was active with four shots, but he failed to put any on frame as part of an RSL attack that failed to step up and get the goals needed.