Sacha Kljestan: Red Bulls must ‘figure it out on their own’ 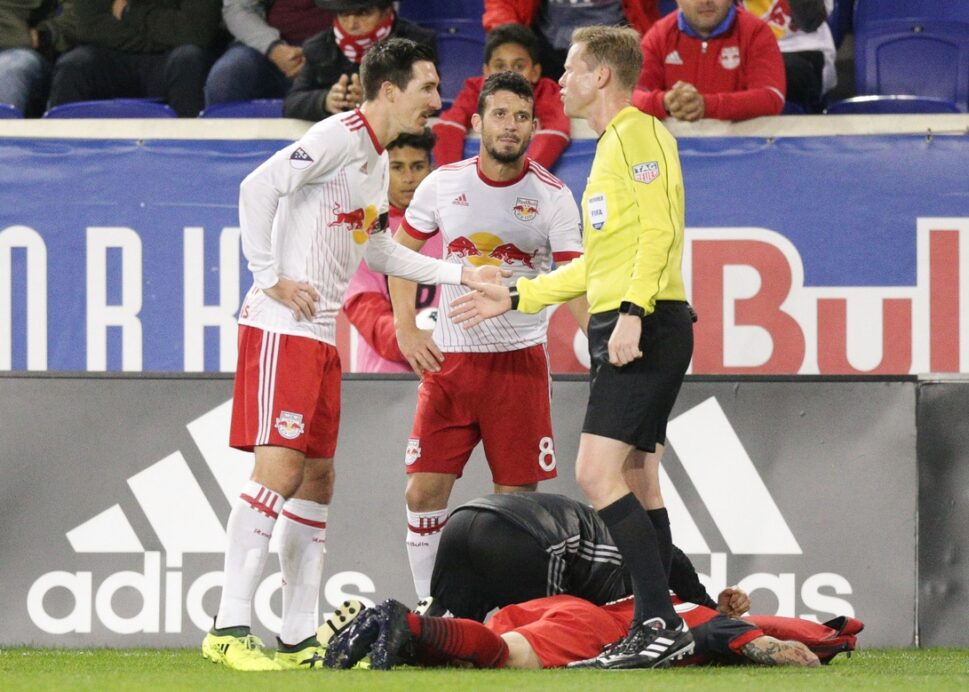 Greg Vanney spoke about Sebastian Giovinco after Toronto FC’s road victory over the New York Red Bulls in leg 1 of the Eastern conference semifinals, and his words juxtapose perfectly with something Jesse Marsch said during his postgame press conference.

“He’s amazing,” Vanney said of his star. “We talk about it all the time. But the knack to step up in the moment and make a play is what star players do, and he was able to do that again tonight.”

“Didn’t expect so many sub-par performances from our guys,” said Marsch. “Didn’t expect us to lack explosiveness. So caught me by surprise, quite honestly. But sometimes in big games, that’s the way it goes.”

Though Marsch did not point a finger to a specific player, and rightly so, it is hard to overlook the lack of impact from the Red Bulls’ captain, Sacha Kljestan.

Despite having 102 touches in the match, more than any other field player, Kljestan managed just two key passes, including set piece and free kick opportunities, on the night.

Kljestan, one match removed from a masterful performance against the Chicago Fire that saw the maestro tally a goal and an assist in a lopsided victory, looked like a shell of himself moving into the attack against the admittedly superiorly-talented TFC. While the visitors contented themselves with allowing the home side a large amount of possession, they closed down the middle of the field, and drastically cut down the amount of time Kljestan had to make decisions. Slowing down the game exposed one of Kljestans greatest weaknesses: creating chances in the run of play.

While Kljestan struggled, the Red Bulls did not change their approach and continued to look to their captain and assist leader to pull them out of their goal deficit. That approach played perfectly into TFC’s gameplan. Both Marsch and Kljestan recognized this during the match, but did not alter the plan.

“I feel like I figured it out in the first two minutes of the game,” said Kljestan in the locker room after the match. “But we need more guys in the field to figure it out on their own. They wanted to clog the middle of the field, it was pretty obvious. A lot of passes that were tight into me were intercepted. We need to recognize that faster and hopefully we can be better at that in Toronto.”

The captain of the team, and arguably the star player, must take greater accountability for their team’s performance, especially if the team was having difficulty “figuring it out”. If the captain will not take responsibility for helping deliver that message to the team, who should shoulder that blame?

The Red Bulls are a young team, and the veteran leaders within the squad are critical to their success.

The Red Bulls’ season largely rests on Kljestan’s shoulders, and to eschew the responsibility of failing to adjust to their opponent is not a great look for the long-frustrated Red Bulls.