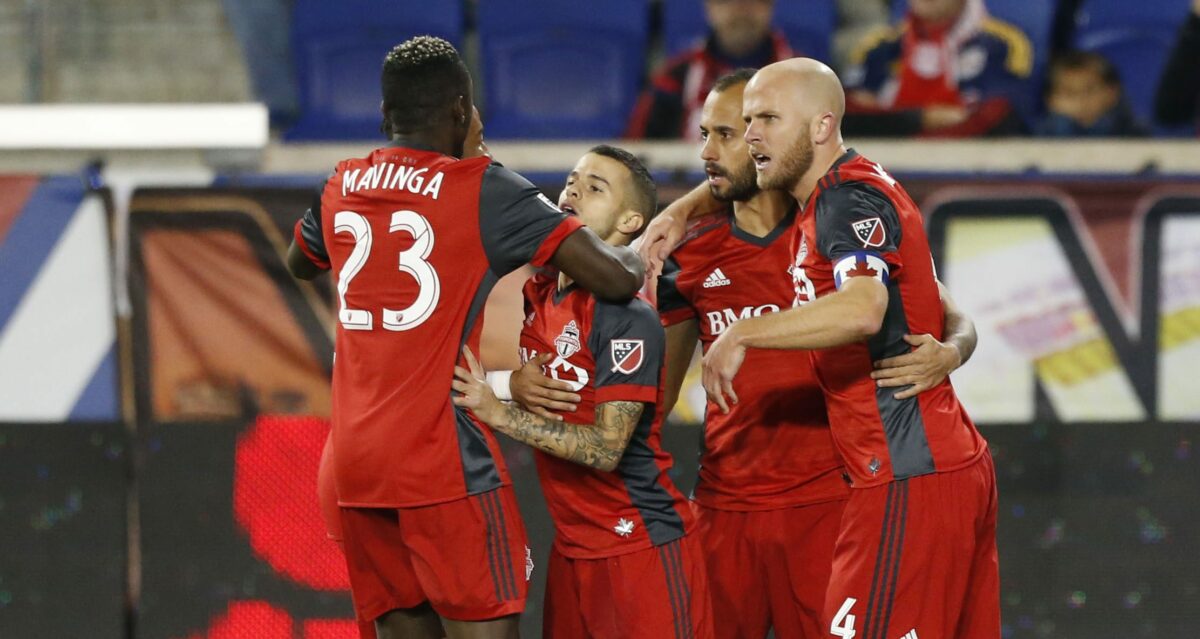 Toronto FC came into their playoff match against the New York Red Bulls with a mountain of pressure and expectations. TFC needed big performances from the biggest players, and they got them.

Giovinco stole the show with a 73rd minute goal from a beautifully curled free kick that beat Luis Robles. The Red Bulls had been gathering steam in the lead up to surrendering the goal, but failed to finish their chances. TFC took full advantage of their wastefulness and drew a foul just outside of the box.

The goal proved to be the winner for TFC in more ways than one. Clipping the Red Bulls for two big away goals meant the task in the away leg would be monumental for the Red Bulls as they had struggled on the road in 2017.

The Red Bulls came out flat against TFC, something they could not afford to do. While TFC remained organized deep, they looked for counter attack opportunities against the Red Bulls to a large degree of success.

It took TFC just eight minutes to open the scoring. Against the run of play, the Red Bulls were punished for a turnover deep in their own half. Bradley forced Felipe to cough up the ball and then found Altidore on the right side of the box. A diving Robles saved Altidore’s cross, but the rebound spilled out to Vazquez. The playmaker picked out a shot inside the far post in the eighth minute, giving the visitors a crucial away goal.

TFC nearly pulled further ahead before the end of the first half when Marky Delgado put his header off the cross bar.

The Red Bulls had a few chances in the first half, but failed to create any strong danger outside of corner kicks and free kicks. The Red Bulls biggest players came up short on several attacking moves that seemed to only be lacking the final pass.

Hope shined down on the Red Bulls in the form of a late penalty in the first half. Bradley Wright-Phillips stole the ball at the top of the box, then was fouled by Drew Moor. Daniel Royer took the penalty kick and finished nearly down the middle to tie the game ahead as the last kick of the first half.

The Red Bulls now must head to Toronto and overcome TFC with all of the cards stacked against them at BMO Field.

Sebastian Giovinco had one clear look at goal on a free kick and he buried it. The Atomic Ant finds a way.

Sacha Kljestan needed to have a big game, and he came up short. He seemed out of sync with his team when they needed him most.