U.S. U-17s fall to England in U-17 World Cup quarterfinal 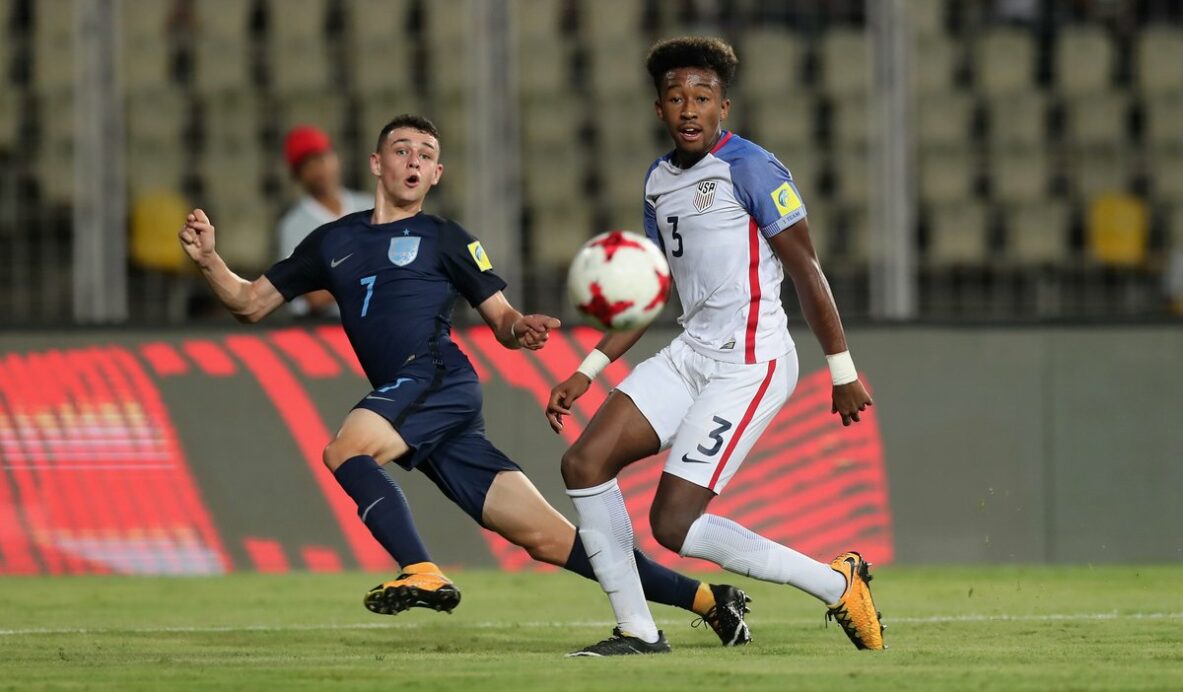 The U.S. Under-17 Men’s National Team’s Under-17 World Cup run came to an end on Saturday.

A pair of early goals set the tone for England in a 4-1 win over the U.S. U-17s in Saturday’s quarterfinal match. The win books England’s date in the semifinal round against either Germany or Brazil while the U.S. U-17s’ tournament ends in the final eight.

The England attack was spurred by Rhiann Brewster from the opening whistle, and the Liverpool product got his team up to an early lead with a pair of quick goals. Brewster’s first came just 11 minutes in as he hopped onto a rebound following a Justin Garces save for the game’s opening finish.

His second came just three minutes later as a bad giveaway spurred an England counter. Brewster got one-on-one on Garces and chipped a shot over the goalkeeper. James Sands nearly got back, but the shot trickled into the far post for 2-0.

While the U.S. created several chances to close the first half, England sealed the win midway through the second with a third as Morgan Gibbs White locked up a semifinal berth for England.

Josh Sargent’s finish in the 72nd minute was little more than a consolation as the U.S. couldn’t mount a comeback in the game’s final moments. In stoppage time, Sergino Dest was sent off after conceding a penalty kick, which was converted by Brewster to seal his hat-trick.

The U.S. attack was held relatively quiet on Saturday following a 5-0 masterclass against Paraguay on Monday. Sargent saw a shot hit the post later in the first half while Andrew Carleton was held largely quiet save for a few early long shots.

On the other end, England’s attack certainly created plenty of chances, with Garces called upon to make eight saves.

The loss eliminates the U.S. U-17s from the U-17 World Cup. The current group misses the chance to equal the best U.S. finish, which came in a fourth-place run back in 1999 led by Landon Donovan and DaMarcus Beasley.

Overall, the U.S. finishes the tournament with three wins and two losses, with the two defeats coming against England and Colombia with wins over India, Ghana and Paraguay.