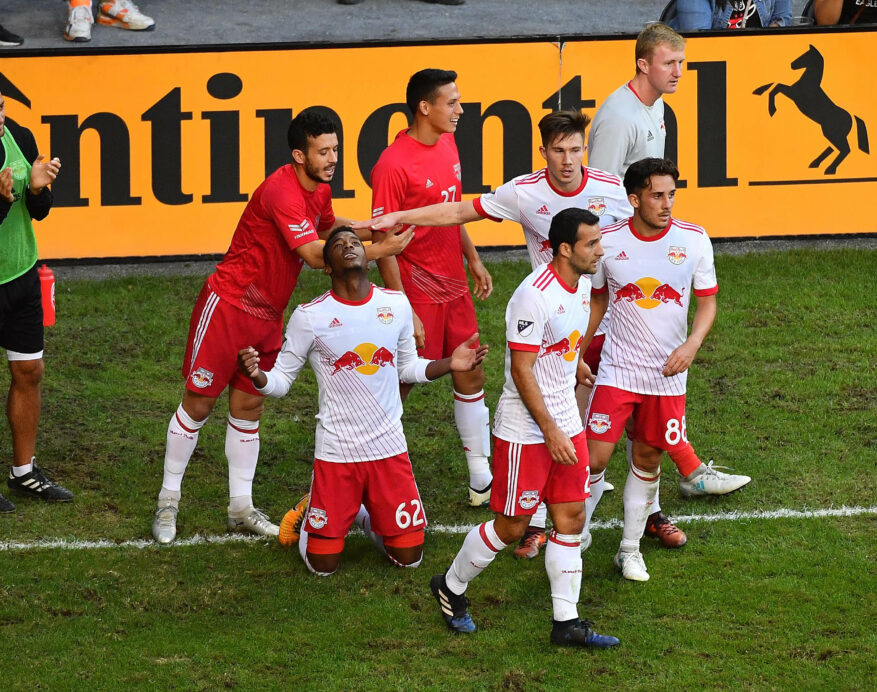 Gonzalo Veron continues to play hero for the New York Red Bulls heading towards the postseason.

The Red Bulls played a less than first choice squad, and it took a long time for the visitors to get going in the match. D.C. United looked good for sending off their home of 22 years in style before the Red Bulls came charging back to win 2-1.

With the Red Bull’s offense sputtering in the first half, United found both the game and their rhythm early. By limiting the Red Bulls in the midfield and creating turnovers, United kept the opposing defense on their back heels.

Paul Arriola found the back of the net just before halftime in the 44th minute. Luciano Acosta picked out the young Designated Player at the back post unmarked. Arriola calmly volleyed the ball home at the near post to give United the 1-0 lead.

The Red Bulls played second best for nearly the entire match, but still managed to find an equalizer in the second half. Michael Murillo and Muhamed Keita played a pair of give and go passes that found Murillo running into the box alone. Murillo delicately chipped the ball over the onrushing Steve Clark for the goal in the 68th minute.

Shortly after surrendering the equalizer, United was reduced to 10 men following an incident with Luciano Acosta in the 70th minute. The diminutive midfielder took exception to a challenge from Alex Muyl on a chance for Acosta, and kicked Muyl while he was prone on the ground.

Luis Robles kept the Red Bulls in the match during the Red Bulls rough stretch to start the game making the come back win possible.

Luciano Acosta losing his head was critical to the Red Bulls shifting momentum in the match.

Luciano Acosta was dynamic but lost his head and failed his team, something he has been guilty of on more than one occasion.