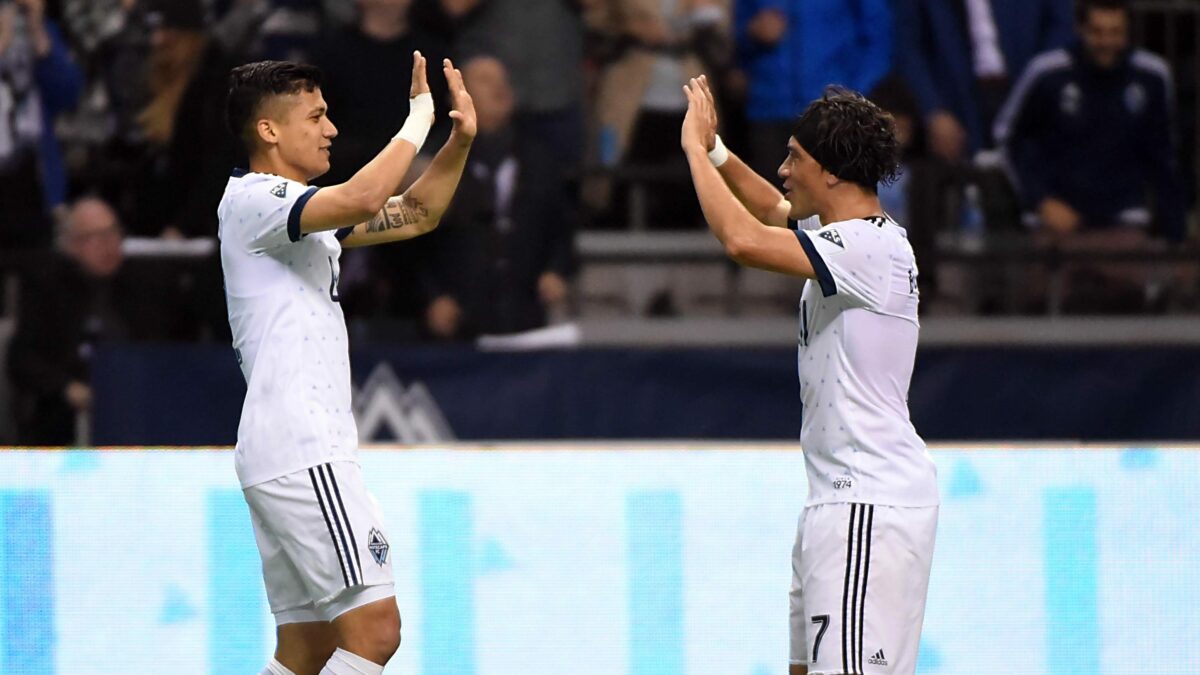 The Vancouver Whitecaps made sure to let their Cascadia counterparts know that their out-of-form streak was a thing of the past.

With four goals in the second half, the Whitecaps rolled all over the San Jose Earthquakes, 5-0, in the Western Confrence Knockout Round of MLS playoffs at a hostile BC Palace Wednesday night.

Whitecaps substitute Nicholas Mesquida added his brace to the massacre in a span of two minutes. After his his second goal in the 80th minute, the Caps were comfortably cruising 5-0 over the Bay Area side.

Following a 800th minute goalless drought, Fredy Montero proved why he leads the Canadian side as the top goalscorer. The Colombian remained keen to pounce one inside the box and his second-chance header made it a reality in the 33rd minute.

The Quakes nursed possession for the majority of the first half but lacked energy and creativity heading into the Caps final third. To compliment that, the Black and Blue were inept defending Vancouver’s set pieces resulting in conceding three goals.

Caps captain and centerback Kendall Waston added the cherry on top with his superlative perfomance on the attacking end.

The Whitecaps set thier sights on Cascadian rivals Seattle Sounders in the Western Conference semifinals while the Quakes exit their first playoff appearance in five years in unwanted fashion.

It was going to a bit of magic and command from the captain, and Kendall Waston did just that. The Costa Rican defender added an assist early on and all but sealed the playoff victory for the Caps before the 70th minute mark.

Too many times duirng the regular season did the Quakes find themselves down more than three goals. Not all responsibility rested on Andrew Tarbell, but Wednesday night it did. The Generation Adidas ‘keeper failed to step up when it mattered most.