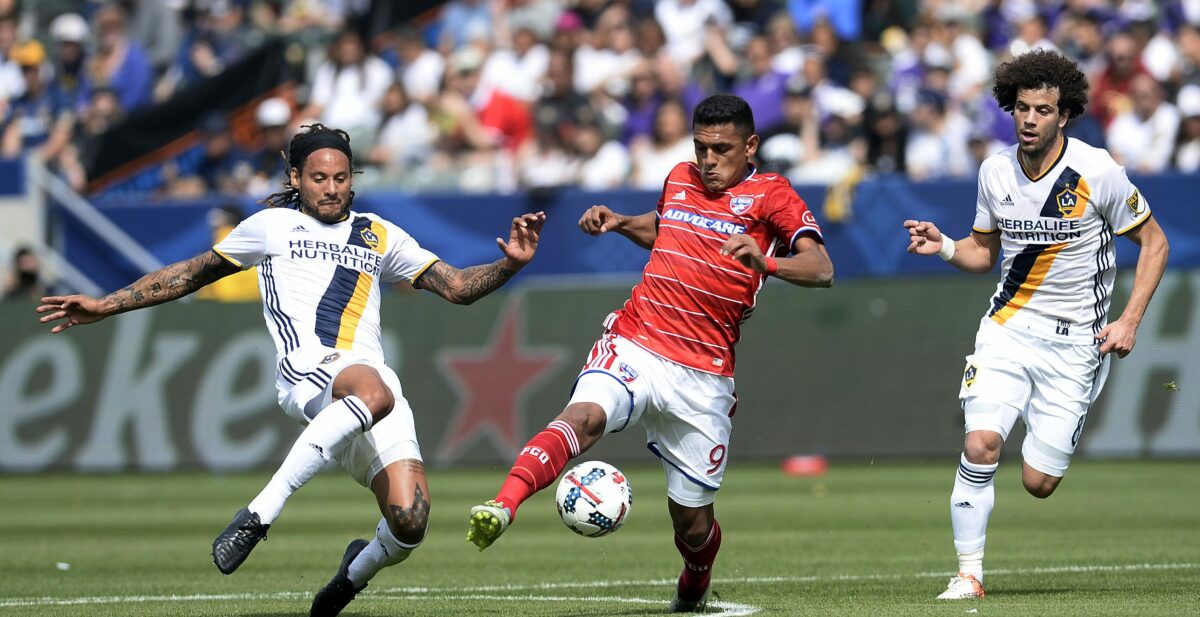 Every MLS team is flawed. It’s the nature of the beast and the facts that come from a league centered around parity. There’s always room to improve, moves to make and bargains to find both domestically and around the world.

Currently, the MLS playoffs are in a bit of a hiatus during the international break but, thus far, there’s been plenty to discuss throughout the MLS postseason. For 10 of the league’s teams, though, the season ended early and without playoff soccer.

Now, that happened to each team for a variety of reasons. From the drastically undermanned Colorado Rapids and Minnesota United to the under-performing FC Dallas and LA Galaxy, each team that missed the MLS playoffs heads into the offseason with some major question marks. The winter months are sure to be busy for several rebuilding teams that, from this point on, are fully focused on jumping back into the 12-team playoff field.

With that in mind, here is a look at the most pressing personnel need for all 10 MLS teams that missed the playoffs.

The Rapids’ biggest need isn’t necessarily on the field, as the club now prepares for an offseason coaching search. Whomever comes in needs to know that the Rapids will never have the big-money moves of NYCFC, Atlanta United or Toronto FC coming his way, but he’ll need to find a way to win anyway. As of now, that looks like New Zealand boss Anthony Hudson, but it remains to be seen what happens if the All Whites pull off a World Cup berth.

The D.C. United rebuild began midseason with signings like Paul Arriola, Russell Canouse and Zoltan Stieber. All three are young, talented and fit into the long-term vision of a club that already had pieces like Luciano Acosta and rookie Ian Harkes penciled in for roles past 2017.

In terms of additions, a strong No. 9 to compete with or leapfrog Patrick Mullins would go a long way towards making the first season at Audi Field a good one. The team led the league in shutouts of the bad variety, and scoring goals will have to be the focus heading into 2017. D.C. United is building around youth and, with a core now in place in the midfield, putting a strong scoring option in front of that midfield would certainly push D.C. United into contention next year.

It will take awhile to truly figure out what went wrong with FC Dallas. The 2017 season was a complete collapse unlike any we’d every really seen. FC Dallas was supposed to be the West’s best team. Instead, they made it onto this list. Not good.

That said, FC Dallas needs a No. 9 more than any team in the league. Many thought Cristian Colman would be that piece, but the young Paraguayan fired a measly two goals all season.It’s the one major hole missing and, if they can finally plug it with a legitimate contributor, look out.

Sign the LA Galaxy up for one really good defensive midfielder please. There’s talent in the midfield, especially when Sebastian Lletget is back healthy, but, with no real No. 6, the defense is left out to try.

Joao Pedro was supposed to be that guy. Jermaine Jones could have been that guy. Jonathan dos Santos certainly is not that guy. The Galaxy tried to jam a bunch of square pegs into the exact same round hole and, because of it, they’re left with a bit of a mess.

There were certainly up-and-down moments throughout the season for Minnesota United, but it’s clear to see they have pieces in place. Christian Ramirez is a top-tier MLS striker while Francisco Calvo is a very good defender. Add in Ethan Finlay, Kevin Molino and an improving Abu Danladi and there’s a foundation there.

Luckily, there are three DP spots waiting to be used and its certainly time to use them. The Loons can use a strong defensive midfielder to help lead and fortify their spine. You can’t compete in MLS without strong midfield leadership and, right now, the Loons simply don’t have it.

Ignacio Piatti and Blerim Dzemaili are elite MLS players, but they need help. There are young pieces up front, which is a good sign that the Impact should be able to score goals in 2018.

But can they prevent them? The Impact defense was ridiculosuly bad in 2017, conceding a whopping 58 goals, far too many for a team that expected to be a postseason contender. A new centerback may be in order if Laurent Ciman and Victor Cabrera can’t figure it out.

If you simply read the names on the Revs’ roster, it’s pretty ridiculous that they aren’t a playoff team. There’s no excuse for going 1-13-3 on the road and there’s no excuse for not building something mildly functional despite the team’s wealth of attacking talent.

That said, they don’t need to blow it all up, although they may as a way of turning their attacking surplus into actual usable pieces. Centerback is a must after a variety of pieces failed to truly step up. Maybe they could swing some of their attacking options into a trade for an MLS-based defender, especially given how rough their international forays have been in recent years.

It’s time for a major facelift in Orlando. Kaka is gone, leaving a big hole on the salary list and room for a new DP. If the club does sell Cyle Larin, the Lions will have a boatload of money to spend to revamp a team that looked like a legit competitor in the spring and early summer.

Priority No. 1 is fixing the midfield, which will lose a number of underperformers this offseason. Find a strong central midfield option and a playmaker to help feed Dom Dwyer in the attack, and go from there.

The Union have lacked a true playmaker for years, and a legitimate creator in the final third is pretty much the missing piece. The midfield is good and C.J. Sapong is also good. It’s just finding a way to connect them.

With Maurice Edu coming off the books, and both Roland Alberg and Chris Pontius leaving, the Union have money, but will they be willing to spend it? You can’t cheap out on a playmaker, and that’s the position that’s truly holding the team back.

RSL’s young core came oh so close to sealing a postseason position and, even if that is heartbreaking in the short-term, that’s great news for the team’s long-term future. Lock up Brooks Lennon if you can and build around him, Jefferson Savarino, Justen Glad and Danny Acosta. That’s a heck of a start.

What’s missing is a forward. Yura Movsisyan failed to generate the numbers he used to and it showed. If they can find a good, young, talented striker to replace him, RSL becomes an instant contender for a deep run next year.