Crew not relying on momentum in playoff run 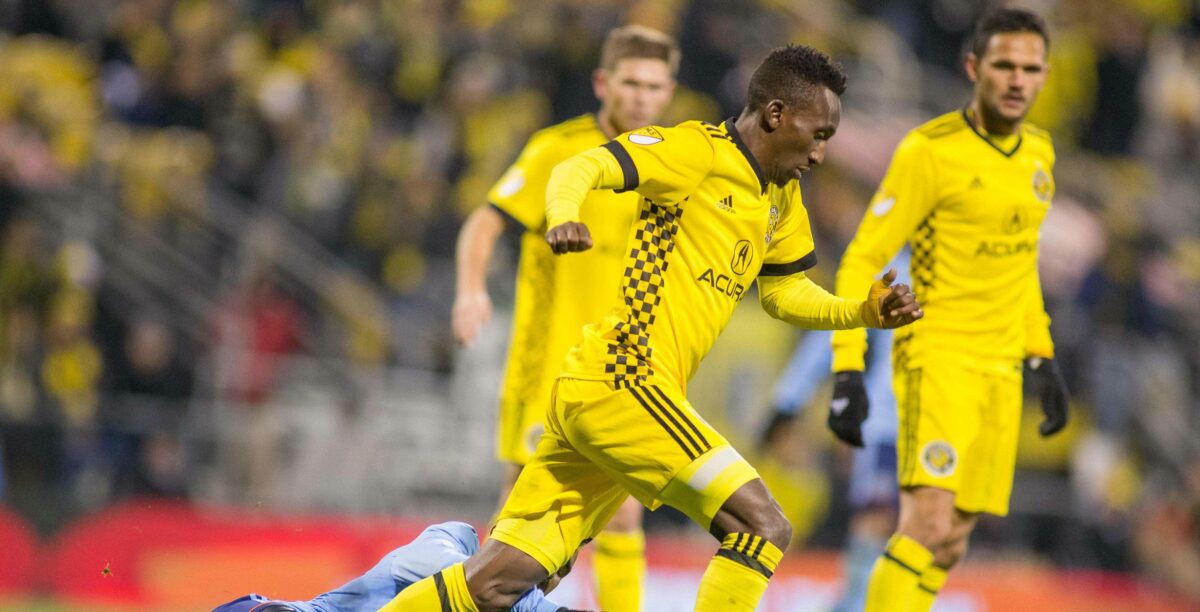 Momentum is a fickle thing in soccer, and in all sports really.

The Columbus Crew certainly have a lot of it after demolishing New York City FC 4-1 in the first leg of their Eastern Conference Semi-Final at MAPFRE Stadium last night. It was the latest success in what is now a 12-match unbeaten run that sees the team awfully close to a berth in the Eastern Conference Final. Despite this streak, the team are doing their best to ignore their hot run of form and take things one game at a time.

“I think it’s dangerous when you rely on it,” head coach Gregg Berhalter said regarding the momentum his team has built up at the end of the regular season and into the playoffs.

His team hasn’t lost since an August 5 trip to San Jose, where the Quakes got the best of them by a 2-1 score. Since then, they have gone on a 12-match unbeaten run that includes the penalty kick thriller in Atlanta last week and last night’s dominating performance at home against a very good New York City FC squad.

Berhalter likes to keep his focus on the present, however, enjoying those games as they happen before moving on to the next one on the schedule.

“I think it’s when you start grouping games, then you run into a problem,” he said. “We tend to just look at the next game and focus on the next game and prepare as hard as we can for our upcoming opponent and then we move on.”

“We still have to prepare. I told the guys, right now, it’s about recovery and preparation for the next game,” he added.

Just because the Crew are living in the moment doesn’t mean they ignore their momentum completely. Despite the cliched “one game at a time” approach, Berhalter and his crew think the momentum breeds a great deal of confidence in the team. “We certainly have momentum. There’s a great mood inside the locker room, and the guys have been working hard. They’re doing every single thing we could ask of them.”

Midfielder Wil Trapp feels everything came together over that unbeaten run, culminating in the regular season finale, when they went into Yankee Stadium and got out with a 2-2 draw.

“I think we have finally gotten to the point where guys are confident in their roles, the right chemistry is there and it started with that game,” said Trapp. “Since then you continue to get results and you know how this league is. If you win one, two, three, tie a game then just keep on a roll it spirals into something good.”

The red hot Crew still have work to do against New York City, however. Thanks to the 4-1 smashing they handed them last night, the job will not be all that difficult. Don’t go expecting Berhalter to order his team to stay defensive and try to hold their opponents off the scoreboard, however.

“We need to continue to be focused, continue to be dedicated to recovery and go into New York with a purpose and that purpose is to score a goal,” he said. “We still want to be aggressive and we have a lot of respect for the opponent, I think it’s a great team and we’re going to have our hands full in New York.”

Trapp wants to stay the course as well.

“So we need to continue what we have been doing over the past two games, three, four games in a row,” he said.

There’s no better way to keep the momentum going, really.