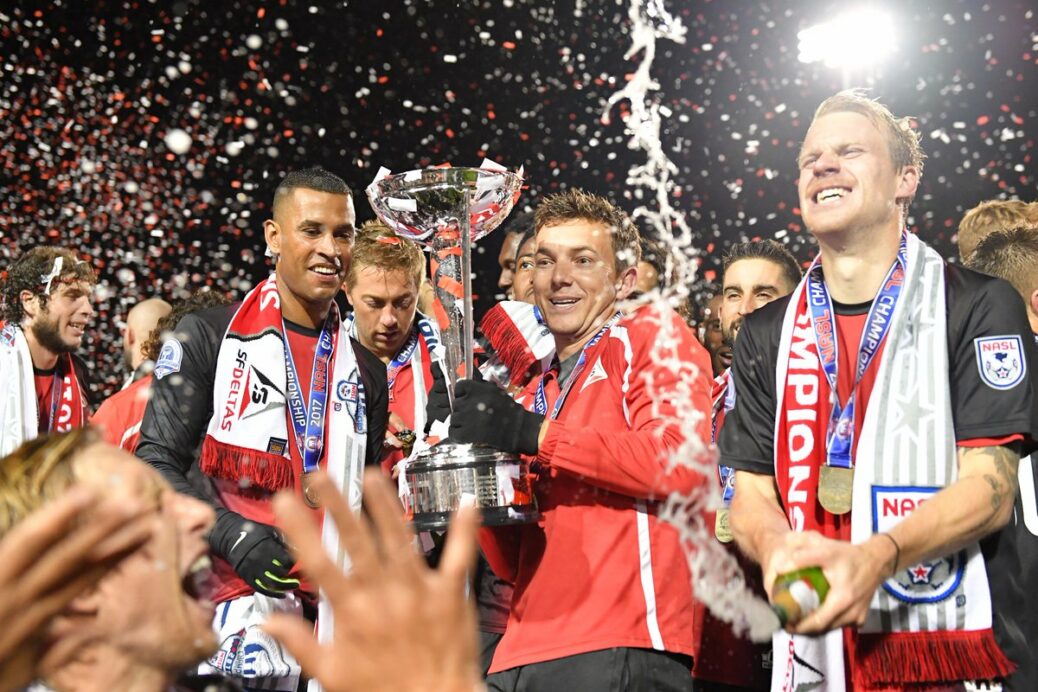 Just a few days after lifting the NASL trophy, the San Francisco Deltas have officially folded.

According to the Mercury News, the Deltas concluded operations on Wednesday after toppling the New York Cosmos, 2-0, in Sunday’s NASL finale.

“It’s hard to believe how far we’ve come in less than three years,” Deltas founder Ricardo Geromel told the Mercury News. “Hundreds of people embraced the dream and were essential to turning the Deltas into a reality. But that’s not all — in our first season of playing, we won the championship in a sold-out final game against the New York Cosmos at Kezar Stadium last Sunday.

“I want to thank each and every one of you for being a part of this amazing adventure.”

After an up-and-down Spring season, the Deltas surged through the fall en route to a second-place finish. After taking down North Carolina FC in the league semifinals, the club sealed its first and only season with a title win on home turf.

However, it wasn’t enough to undo what was a difficult year for the club on the financial side. As a result of low attendance numbers, club CEO Brian Andrés Helmic challenged fans to bring others to games to help lift the club. Total attendance at Kezar Stadium for the season was reportedly around 20,000.

Now, the NASL loses another club heading into what will almost certainly be a tumultuous offseason headlined by a sanctioning lawsuit and the potential exit of several teams.