‘Everything to gain’ mentality helps Dynamo move into West final 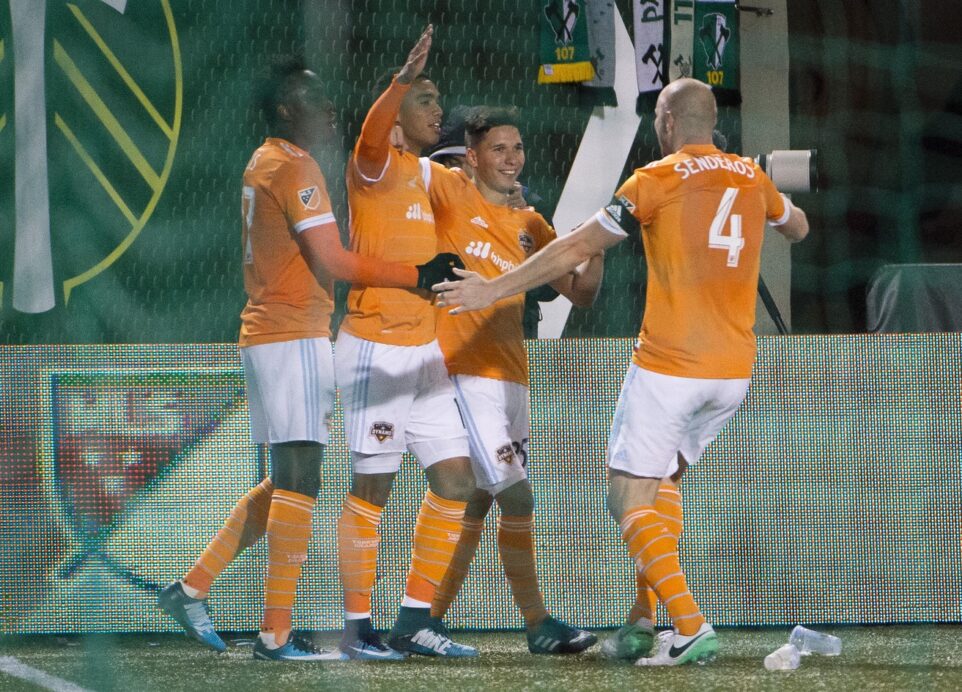 Wilmer Cabrera’s side won once on its travels in the regular season and was entering the cauldron that is Portland’s Providence Park.

But even with the cards stacked against them, the Dynamo didn’t feel a ton of pressure heading into the second leg of the Western Conference semifinal.

“I think coming into this game all the pressure was on Portland,” Houston goalkeeper Joe Willis said. “I said it before the game, they needed to win tonight. We didn’t need to win. We just needed to score a goal and we needed to tie. They were the number one seed. Coming into this, we had everything to gain and they had everything to lose. I think the team has played so well lately, I had a lot of confidence in the guys and it worked out pretty well for us.”

The Dynamo also embraced the atmosphere that some would describe as intimidating.

Even when they went down a goal in the 39th minute, the Dynamo didn’t stand down from the challenge in front of them.

Four minutes after the concession of a goal to Dairon Asprilla, an unlikely scorer stepped into the spotlight in the form of Dylan Remick.

Remick’s 43rd-minute strike not only handed the Dynamo an advantage in the series on away goals, but it also put the pressure firmly on the shoulders of the Timbers, something the Dynamo were aware of at halftime.

“Absolutely, especially with the road goal rule, we knew that if we kept a scoreless second half then the game was ours,” Remick said. “We knew that the longer we kept it 1-1, the more Portland would have to throw numbers forward, which is perfect for us because we’re great on the counter attack. It was a good mentality going into halftime. We knew exactly what we needed to get done and everybody bought in and we got the victory.”

On the other end of the field, the Dynamo tried to silence Diego Valeri in the middle of a banged up Timbers attack. Juan David Cabezas was the point man in that department, and he led a midfield performance that held the Argentinian to two shots on goal.

“No doubt that Diego Valeri is an outstanding player and he can make the difference,” Cabrera said. “He has made the difference throughout the season. We had to make sure we were close to him and Juan did a great job. We didn’t want to mark him man-to-man, but we had preference on him.”

But just because they slayed one Western Conference giant doesn’t mean the Dynamo are finished with their dream postseason run. Cabrera and Co. will have two weeks to gameplan for the Seattle Sounders at home on November 21, a match that could go a long way in helping the team’s postseason run continue to MLS Cup.

“It’s always fun to win and you’re happy and you want to celebrate, but the job’s not done yet,” Willis said. “Still a lot of work to do. Still some good teams we have to play. We can enjoy tonight and tomorrow it’s back to work.”