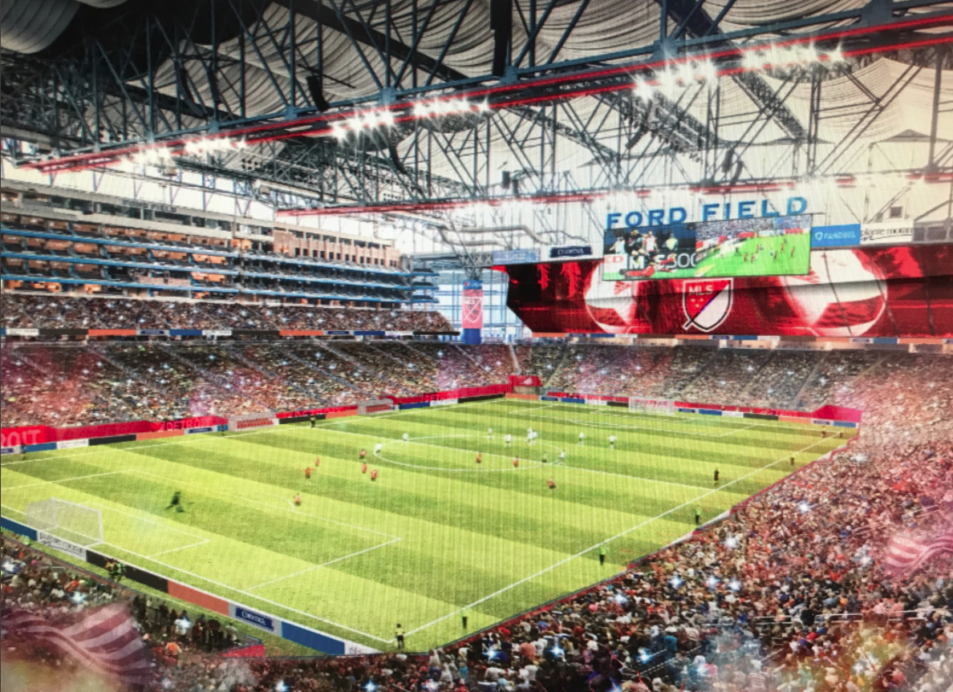 The Detroit MLS expansion bid already had the backing of two billionaires, and another appears to be joining the equation.

The Detroit Free Press reports that the Ford family, owners of the NFL’s Detroit Lions, are throwing their financial weight into the city’s bid to bring MLS to Michigan. To sweeten the deal, they are offering to use Ford Field as a potential venue for the team.

The bid is already spearheaded by a pair of NBA owners. Dan Gilbert, Detroit native and owner of the Cleveland Cavaliers already joined forced with Detroit Pistons owner Tom Gores.

Their original plan called for a 23,000 seat soccer specific stadium to be built on the site of an uncompleted county jail, which Gilbert’s Rock Ventures is close to acquiring.

“Partnering with the Ford family bolsters our powerhouse group and provides a perfect stadium solution in the heart of Detroit’s central business and sports and entertainment districts,” said Detroit Pistons vice chairman Arn Tellem, who has led the potential ownership group’s contact with MLS officials. “Over the last two years, we have invested significant time, effort and resources into our bid to bring MLS to Detroit.

“After careful study and analysis, we concluded that the downtown location of an MLS stadium is paramount to an MLS team’s success. And no MLS stadium sits in a better downtown location than Ford Field.  We also saw additional evidence that multi-use stadiums can be very successful in the right situation and we believe our new proposal is superior for the city and for MLS in every way.”

This plan supersedes the original jail site, which would present a more intimate, soccer specific experience that MLS usually favors. However, the Detroit bid is hoping the success of Atlanta United, who set an MLS record when 70,425 fans attended their regular season finale, will change their tone.

“From the time we started working on the Gratiot site, we have always been focused on the importance of a great mixed-use development at the gateway to downtown Detroit, soccer was just a potential component of our vision,” said Rock Ventures Principal Matt Cullen, who has led the bid’s stadium plan. “But once we better understood Ford Field’s unique attributes, including the recent renovations and a bowl design that is perfectly suited for soccer, we decided to change course.”

As part of ongoing talks with the Fords and the Detroit Lions, the MLS bid committee has worked with ROSSETTI, a Detroit based architectural firm that has designed soccer stadiums around the world, to assess Ford Field’s viability as an MLS stadium. They concluded that the facility has great sight lines, various seating configurations that can handle crowds as small as 26,000 up to the maximum capacity of 64,000. The firm also praised its prime downtown location and ability to utilize luxury suites for soccer games.

They have also developed a comprehensive plan for converting the football stadium into an MLS quality soccer facility.

If the bid is accepted, it wouldn’t be Ford Field’s first experience with soccer. The stadium has hosted four international matches in its history. It hosted the U.S. Men’s National Team in the group stage of the 2011 Gold Cup, as well as three U.S. Women’s National Team friendlies in 2008, 2012, and 2015.

Tellem, who is aiming to see Detroit as one of the two cities granted a franchise for the 2020 season, hopes that representatives from the MLS expansion committee will visit the city this month.

MLS released a statement regarding the new stadium proposal:

“We were recently informed that the partnership between Tom Gores and Dan Gilbert to bring a Major League Soccer expansion club to Detroit has amended its application to include the William Clay Ford family. The amended application also states that Ford Field is the group’s preferred stadium site.

“Although MLS has tremendous respect for all of the owners involved in the Detroit bid, we have not had an opportunity to evaluate the amended application and it would be premature for MLS to offer a specific comment on it.

“MLS continues to prioritize soccer-specific stadiums as a criteria for the selection of MLS expansion markets.”