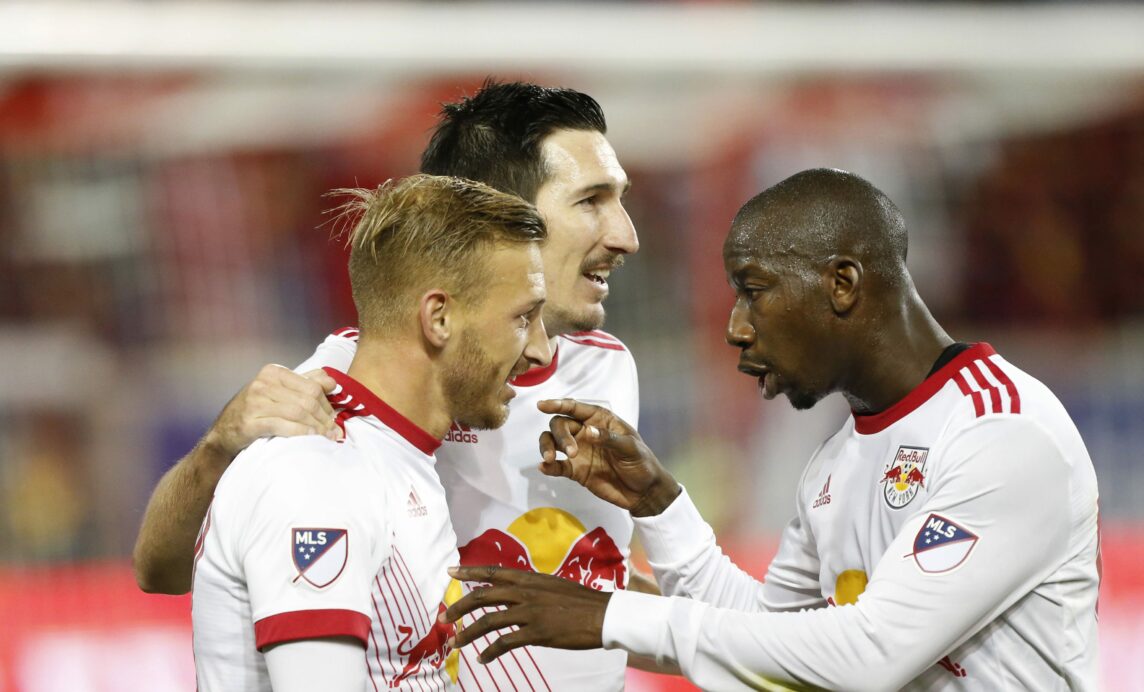 The New York Red Bulls 2017 season could only be defined by inconsistency.

Whether it was the health of crucial players, the results, or offensive supremacy, the Red Bulls longed for a solution to their continued ineptitude in the biggest moments for the club. While that is nothing new for fans, the Red Bulls are victims of their own regular season success in recent years and fan expectations are impossibly high for the perennially suffering team.

The 2017 MLS season was another chance for the Red Bulls to shake off the ghosts of “Metro” past, and in some ways, they did. Yet, despite the relative success within the structure of the Jesse Marsch-era Red Bulls, the team is still left wanting for an MLS Cup trophy.

The cynical view is often the easiest to take with a team that has failed to rise to the highest echelons of MLS year over year, but to do so undermines some very important victories for the club. Let’s take a look at some of the most important highlights of the Red Bulls season.

The obvious winners this season were Sean Davis and Tyler Adams. After the Red Bulls traded captain Dax McCarty, the pressure and spotlight were thrust onto the two homegrown players to have big seasons or face the wraith of a rabid fan base.

Davis spent less time in the starting XI than Adams, but he was arguably as important to the Red Bulls success in their new 3-6-1 formation. While each player has room for improvement, the future is bright for the plucky midfield duo.

While Davis and Adams were shining in MLS, the Red Bulls USL team provided a stage for a number of other homegrown players to show their merits. Noah Powder, Evan Louro, Arun Basuljevic, Ben Mines, and Kazu Shigenobu all proved to be budding stars that have MLS aspirations and futures.

More important than the players themselves, the system in place is showing itself to be incredibly important to the youth movement. The MLS and USL sides work closely together, with players shining in USL moving up to the big leagues while players struggling for minutes within MLS are finding them in abundance in the lower division.

Vincent Bezecourt led the New York Red Bulls II in assists and found an offer extended from the MLS side for his services. Aaron Long, one of the biggest success stories of 2017, would have never made the MLS squad this season if not for his brilliant performances at the USL level in 2016.

While one can look at the returns as minimal from the system thus far, it is important to note that this is just the beginning of what could be a very long harvest.

The Red Bulls started 2017 with their minds fixated on finding a way to change up their look. Teams began to catch onto the Red Bulls style and play in 2016, and after a string of points dropped from winning positions, coupled with another playoff flameout, Marsch toiled away trying to find an answer.

The first house was made of straw.

Marsch trotted out a 4-2-2-2 formation to start the season shifting team assist leader Sacha Kljestan out wide in favor of playing a two-striker formation with Bradley Wright-Phillips and Gonzalo Veron. After losing Veron to injury during the Red Bulls CCL series, the team never looked comfortable on either side of the ball, despite winning some early matches, and the system was abandoned for the familiar 4-2-3-1 the Red Bulls had played in each of the previous seasons.

The house of sticks began to fall down at the start of the summer, and it looked like the Red Bulls season could be getting away from them. The issue was once again predictability. Teams knew how to set up against the Red Bulls, absorbing pressure and looking for opportunities on the counter.

To address an issue the Red Bulls had developed with defending set pieces, Jesse Marsch switched to a three man backline to add another big body to the defense. Unexpectedly, the new formation began to help free the attack.

With Kemar Lawrence and Tyler Adams manning the wingback positions, the players could get forward more readily, adding numbers to the attack and keeping teams off balance. In particular, Daniel Royer began to score at will, flourishing in the new offense that saw him become less of a winger and more of a second striker.

If not for a timely injury to Royer at Yankee Stadium, the team may have built some decent momentum through the summer and into the fall.

While the new look is not perfect, it certainly kept opponents from spreading the Red Bulls apart with diagonal balls and switching fields, allowing the team to more effectively counter press and create opportunities from turnovers.

Luis Robles, Bradley Wright-Phillips, and Sacha Kljestan all claimed a piece of history this season.

Robles became the all-time leader in consecutive games played in March during a 1-0 win over the Colorado Rapids at home. His 142nd consecutive start was just enough to pass the record to the Red Bulls goalkeeper, and he extended the record to 174 by season’s end.

Robles has been incredibly consistent for the Red Bulls between the sticks, and his play has been the difference maker for the club on many occasions.

Bradley Wright-Phillips continues to score goals for the Red Bulls, becoming the first player to score 100 goals for the club. His 100th goal came in the playoff finale win over Toronto FC, deflecting a Daniel Royer shot into the net.

Klestan’s contributions to the team were decidedly uneven in 2017, but his ability to create chances is elite in MLS. Kljestan led the league in assists for the second-straight season, a first for the league, passing Thierry Henry’s all-time assist record for the club.

Just like Wright-Phillips though, Kljestan comes up short in the biggest games for the club, and may not be returning to the club in 2018. Should the Red Bulls bring the duo back?

Blow it all up?

The Red Bulls have a long history of rebuilding year to year. The relative stability of the Jesse Marsch-era should put any questions of the Red Bulls approach to building the team for the coming season.

Consider the Red Bulls season a success with no less than five players replacing established veterans on the team, and the season begins to seem much more promising. Fans may have been wringing their hands over continued playoff futility, but that is hardly a reason for whole sale changes, especially when you consider what and how they played against TFC in Toronto needing a win in a hostile environment.

While it is clear, there are missing pieces in the squad, a full rebuild seems like a reactionary move that would not suit the Red Bulls for long term growth. The question is, will fans be patient enough to wait, as they have for 20+ season, for the ultimate glory?