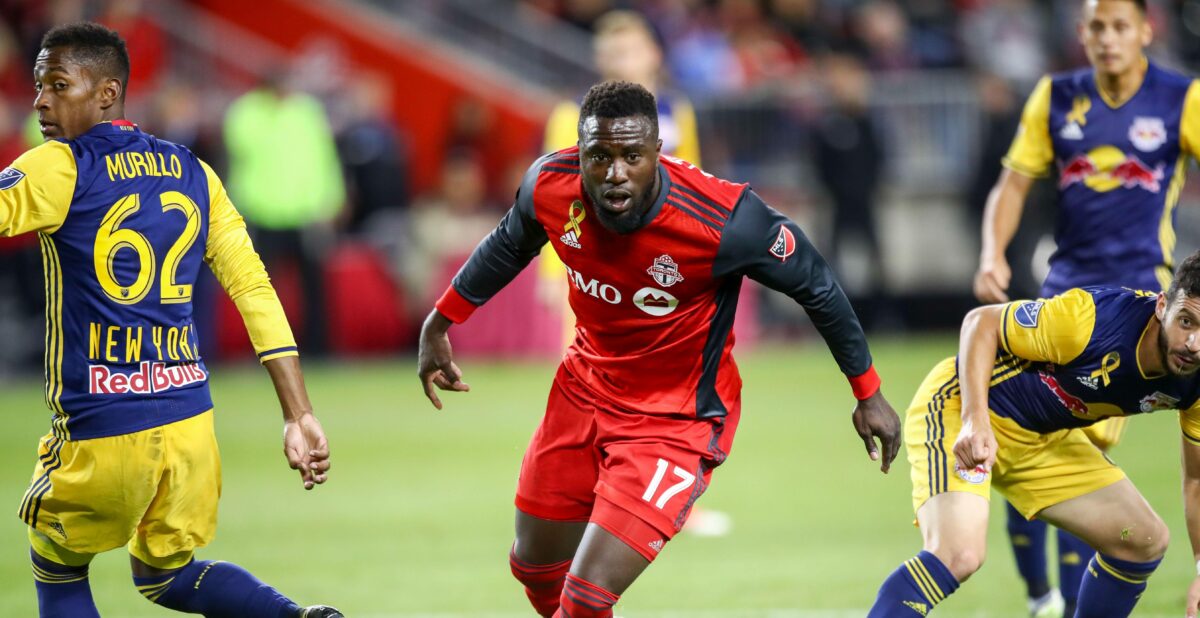 After an appeal process, it turns out Jozy Altidore is set for a suspension after all.

Toronto FC announced on Wednesday that an independent panel has upheld Altidore’s red card from the second leg of TFC’s Eastern Conference semifinal clash against the New York Red Bulls. Altidore was dismissed following an incident with Sacha Kljestan and the Red Bulls in the tunnel at halftime.

Following the match, Greg Vanney said he was confident the decision would be overturned, but the panel did not find enough evidence to overrule referee Silviu Petrescu’s original ruling.

“Jozy’s suspension has been upheld,” Vanney said. “The referees had given him a red card, so the burden of proof was on us to prove that it wasn’t. We weren’t able to do that with video we provided because there were still some gaps in the video.”

According to TFC,  the MLS Disciplinary Committee will look into the incident further later in the week.

Both Altidore and forward partner Sebastian Giovinco are set to be suspended for the opening leg in Columbus after the Italian picked up his ban for yellow card accumulation.

TFC faces the Crew on Tuesday Nov. 21 before the two teams return to Toronto for the second match eight days later.