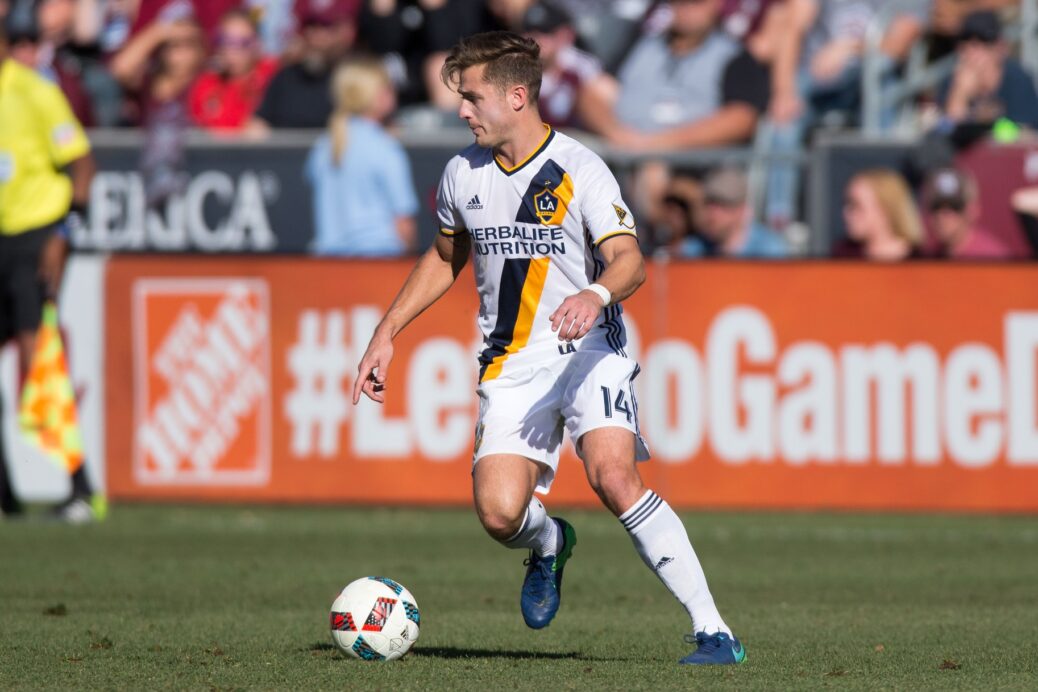 LA Galaxy left back Robbie Rogers announced his retirement on Tuesday, ending a career that spanned 11 years and three countries. He had stops at SC Heerenveen in the Netherlands, the Columbus Crew, Leeds United, a loan Stevenage, and, finally, the LA Galaxy.

“It is with mixed emotions that I announce my retirement from the game of soccer,” said Rogers. “It is through this game that I have experienced some of my greatest achievements both professionally and personally and I am forever indebted to the numerous individuals – coaches, teammates, staff and fans – that have helped me during this journey.”

On the field, Rogers wasn’t unlike many American soccer players. After a brief start in the Netherlands, he returned home to a successful early MLS career. He ventured back to Europe when he signed with Leeds United in the English second tier with a championship and a pair of All-Star appearances under his belt.

He made 18 appearances with the U.S. Men’s National Team after a strong showing at the youth ranks. He was even on the last American squad to play at the Olympics back in 2008.

But those accomplishments on the field won’t represent Robbie Rogers’s legacy. He will be best known for being the first openly-gay male athlete active in an American professional sports league. He came out in February 2013, after he left Leeds upon returning from his half season loan at League One club Stevenage. He announced his retirement a few weeks later at the age of 25, when he also came out as gay.

At the time, he chose to retire to avoid the pressure of being an openly-gay athlete in a professional sport.

“I wouldn’t want to deal with the circus. Are people coming to see you because you’re gay?” he told USA Today in an exclusive interview back in 2013. “Would I want to do interviews every day, where people are asking: ‘So you’re taking showers with guys — how’s that?’

“If you’re playing well it will be reported as: ‘The gay footballer is playing well.’ And if you have a bad game it’ll be: ‘Aw, that gay dude … he’s struggling because he’s gay.’ (Expletive) it. I don’t want to mess with that.”

But that retirement ended up being quite brief. He signed on with the LA Galaxy, just three months after his stint at Leeds came to an end.

Several things brought him back to the game, including NBA free agent Jason Collins coming out a few weeks before his return to MLS, but it was his desire to take a stand and bring about some change in the world that ultimately made him return.

“I seriously felt like a coward,” he said it that USA Today interview. “These kids are standing up for themselves and changing the world, and I’m 25, I have a platform and a voice to be a role model. How much of a coward was I to not step up to the plate?”

Thanks to the influence of then LA Galaxy head coach Bruce Arena, Landon Donovan, and everyone at the club, he was given that paltform.

“I would like to thank Bruce Arena for encouraging me to return to professional soccer after I came out as a gay man,” he said in his retirement announcement. “I’d also like to thank all of my LA Galaxy teammates for accepting me from the first day I stepped back into the locker room at StubHub Center.”

Rogers became the first openly-gay male athlete to appear in a major American sporting event when he made his Galaxy debut on May 26, 2013 when he came on as a substitute in the 77th minute of a game against the Seattle Sounders. He broke a barrier that day, but immediately felt at home thanks to a supportive crowd, which allowed him to settle in and focus on soccer.

“I keep saying the word: normal, normal, but it was,” he said after that match. “Once I got on and I saw the support, I just zoned in…It was good to be back and I’m excited to move on from here.”

He ended up getting on for more than three more years, until the end of last season, when he played all 120 minutes in a grueling second leg penalty shootout defeat at the Colorado Rapids. A lingering ankle injury kept him out for the entirety of 2017, before he officially called it quits on Tuesday.

His career may be over, but he will always remember the support from a club and fan base that kept him going.

“I’ll never forget the feeling of returning to the field in my first game back,” he said. “That feeling of acceptance and support pushed me as an athlete and as a person. Having the opportunity to win an MLS Cup in my hometown, with my hometown club as an openly gay man will be something I will carry with me for the rest of my life.”

“My happiest years as a player are the ones where I could walk through the stadium at the end of games down the tunnel to my partner and son waiting for me at the other end,” he said in an Instagram post on Tuesday afternoon. “And my only regret in my eleven year career are the years I spent in the closet.”