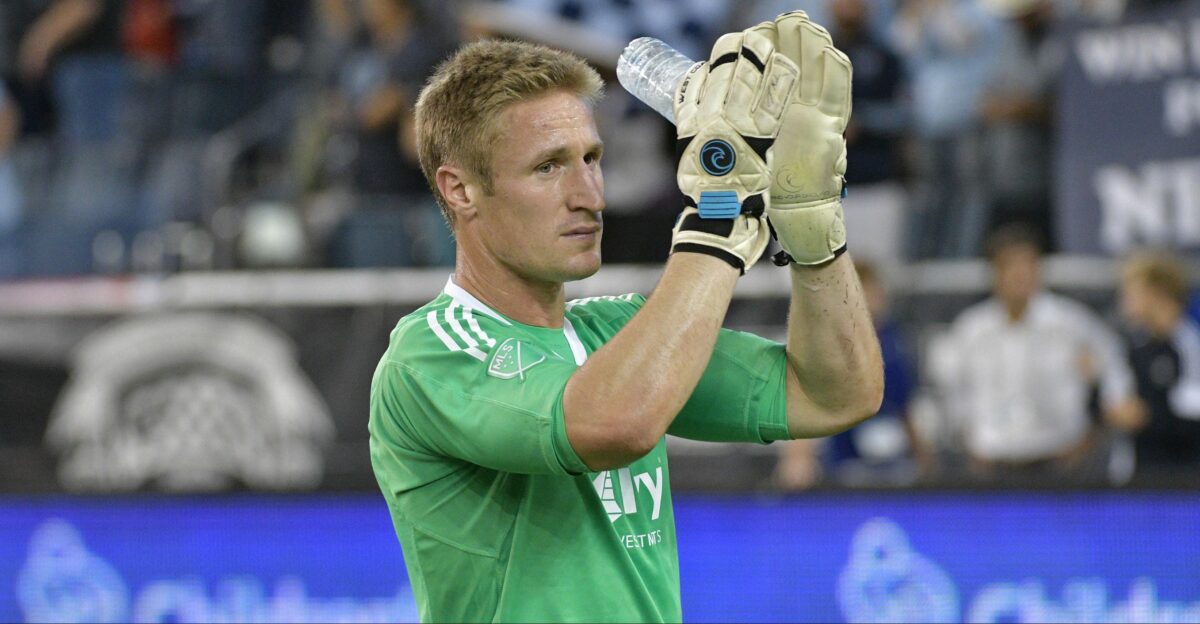 Tim Melia has experienced a winding road through MLS. In 2017, he was the last line of defense in a Sporting Kansas City unit that allowed only 29 goals, fewest in the league and eight fewer than their nearest competitor. A lot of the team’s success is thanks to the strong goalkeeping work of the 31-year-old from New York.

Because of that, Tim Melia is SBI’s MLS Goalkeeper of the Year.

Melia was a big reason why the defense in front of him held so firm. He saved 78.4% of the shots he faced, which was best in MLS among any goalkeeper with more than 20 appearances. His goals against average was also tops in the league at 0.77. He was tied for second in the league with ten clean sheets on the year.

Melia’s success with SKC is nothing new. Since joining the club in 2015,he has has racked up 26 clean sheets in 81 matches.

Here is a rundown of the other candidates for the SBI MLS Goalkeeper of the Year Award, as chosen by SBI Editorial Staff:

Blake is one of the top keepers in the league and showed that again in 2017. His Philadelphia Union may have missed the playoffs, but it wasn’t because they were short in the goalkeeping department. Blake made 88 saves on 125 shots, which gives him the third best save percentage in the league. He missed some time while on Gold Cup duty with Jamaica and the time he missed thanks to the injury he suffered in the final, which certainly hurt his numbers, as well as the Union’s season overall.

The Seattle Sounders backstop held the second best goals against average in the league, allowing only 1.09 goals per 90 minutes. He did this while playing more games and facing more shots than Melia at the top. He also led the league with 13 clean sheets on the year, the best output of his nine year MLS career.

Steffan is one only two goalkeepers in MLS who played every single minute of the season for his team. The Columbus Crew keeper enjoyed a lot of consistency in his first season on the starting gig. He made 98 saves throughout the year and helped lead his team to a playoff berth and into the Eastern Conference Final.

Robles was the other shot stopper to play all 3,060 minutes of his team’s season. He was part of a three-way tie at the top of the league with ten shutouts, His 99 saves were third best in the league and the most among playoff goalkeepers.